10 Australians Who Have Starred on Broadway

Learn about the 10 Australians Who Have Starred on Broadway 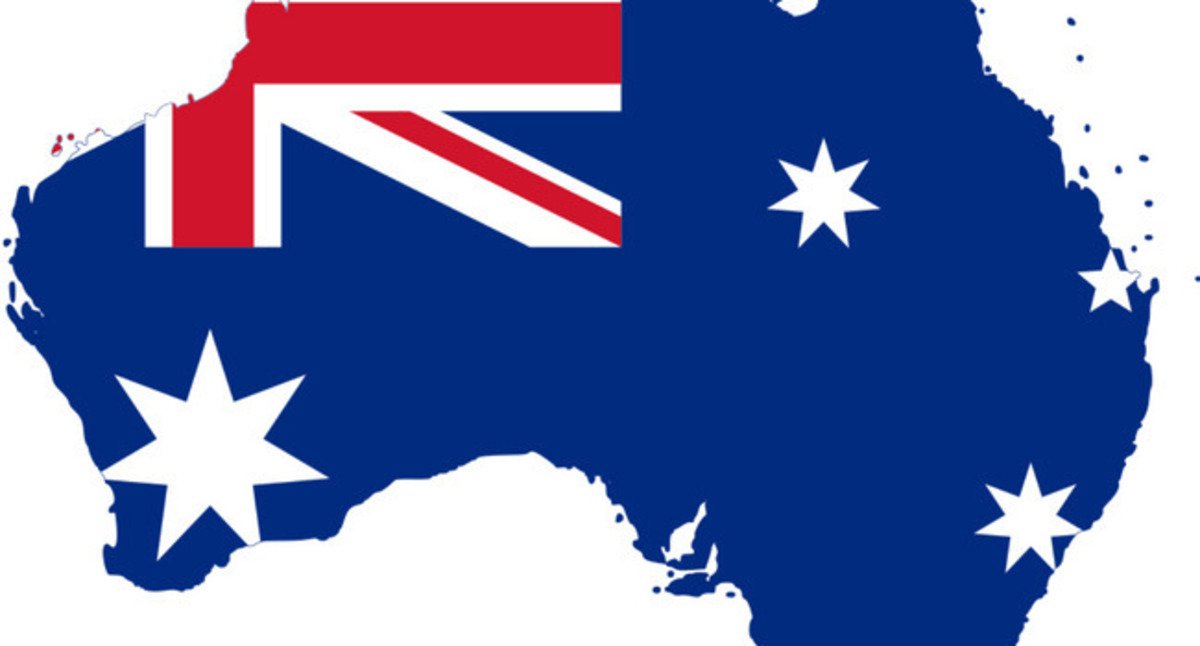 While most people are familiar with Australia's contributions to Hollywood, not enough credit is given to those who come from down under to the Great White Way. Here's 10 Aussies who have said G'day to Broadway. 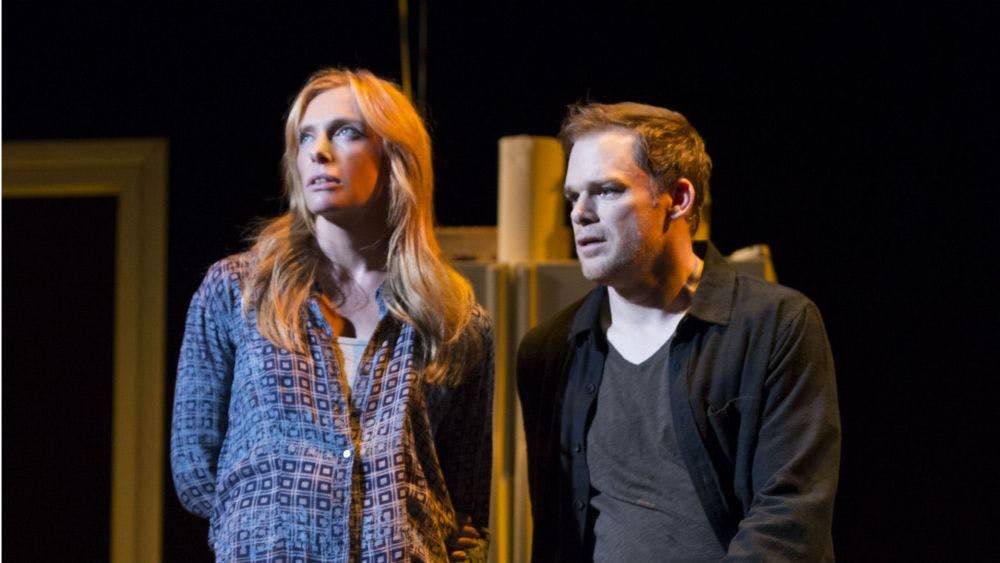 Toni Collette in "The Realistic Joneses."

Collette captured international attention in the 1994 Australian comedy-drama "Muriel’s Wedding" and went on to take Hollywood by storm in blockbusters like "The Sixth Sense" and "Little Miss Sunshine." People are less familiar, however, with her stage experience, including her Tony Award-nominated Broadway debut in "The Wild Party" in 2000 and "The Realistic Joneses" in 2014. 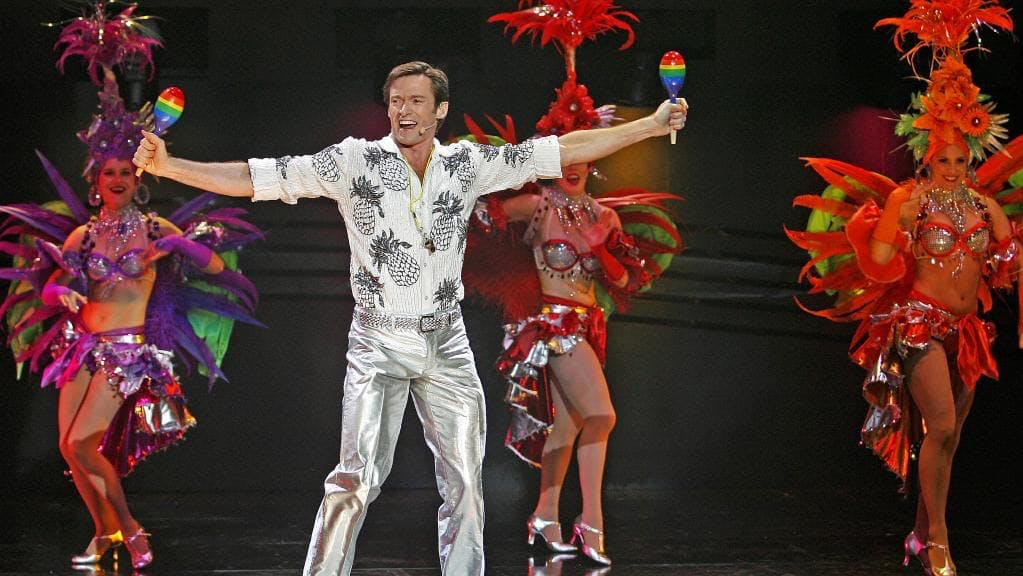 Hugh Jackman in "The Boy From Oz."

The Sydney-born "Wolverine" star made his Broadway debut in "The Boy from Oz," which earned him a Tony Award in 2003. No stranger to the theatre world, he has also starred on Broadway in "The River," "A Steady Rain," and "Hugh Jackman: Back on Broadway." He has hosted the Tony Awards four times, and has starred in movie musicals "The Greatest Showman" and "Les Misérables." 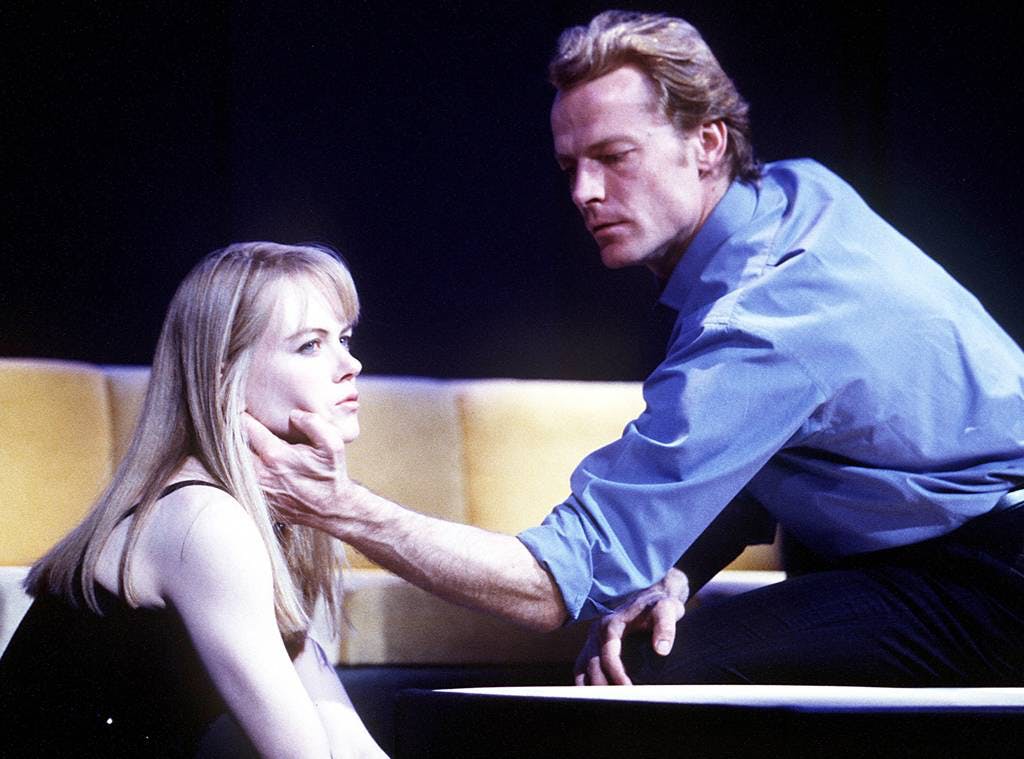 Nicole Kidman in "The Blue Room." (Photographed by Robert Nickelsberg)

This Sydney-Sider of silver screen fame made her West End debut Broadway debut in 1998 in "The Blue Room," which originated on the West End. The "Big Little Lies" star returned to the West End in 2015 in the critically-acclaimed "Photograph 51." 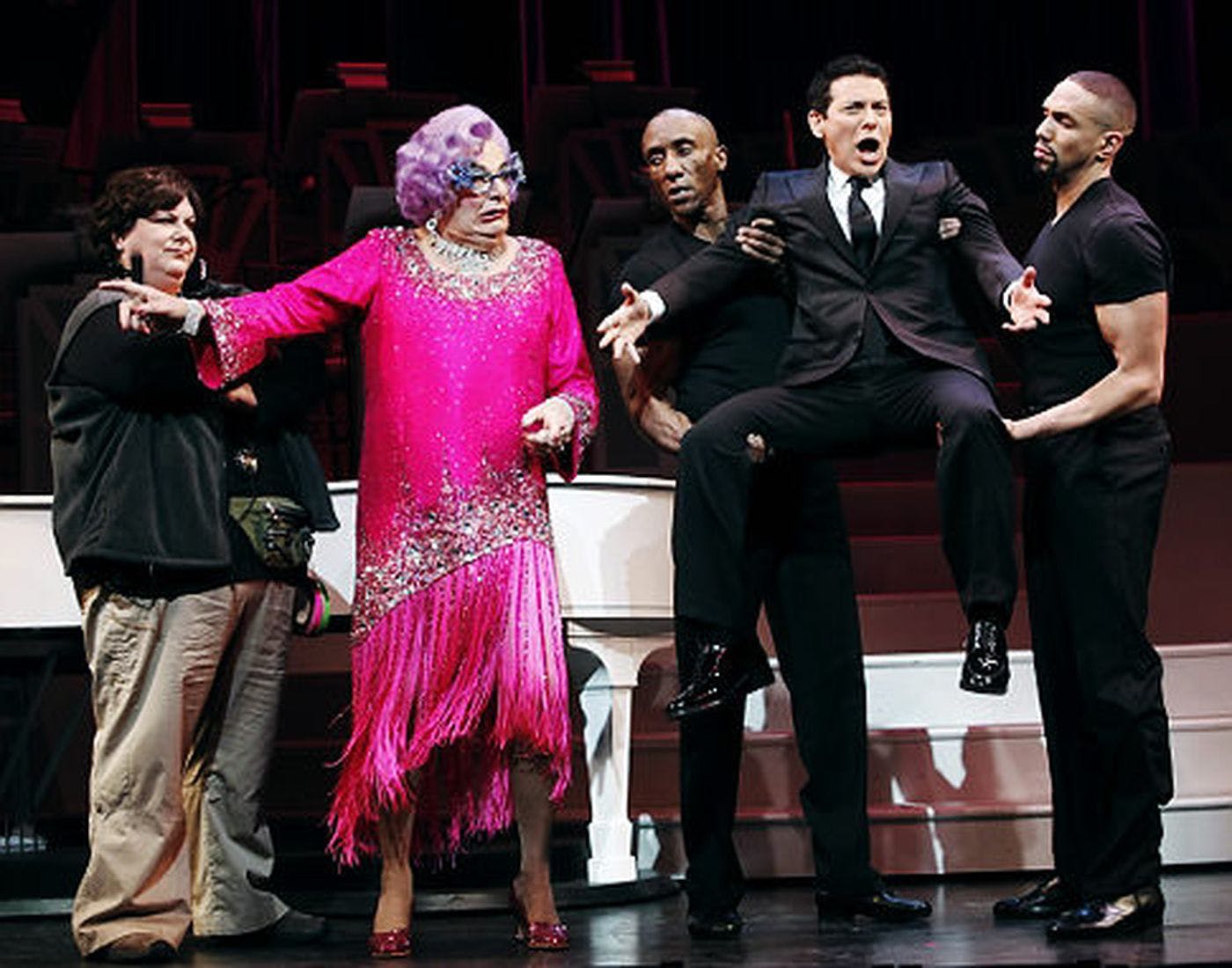 Barry Humphries in "All About Me." (Photographed by Joan Marcus) 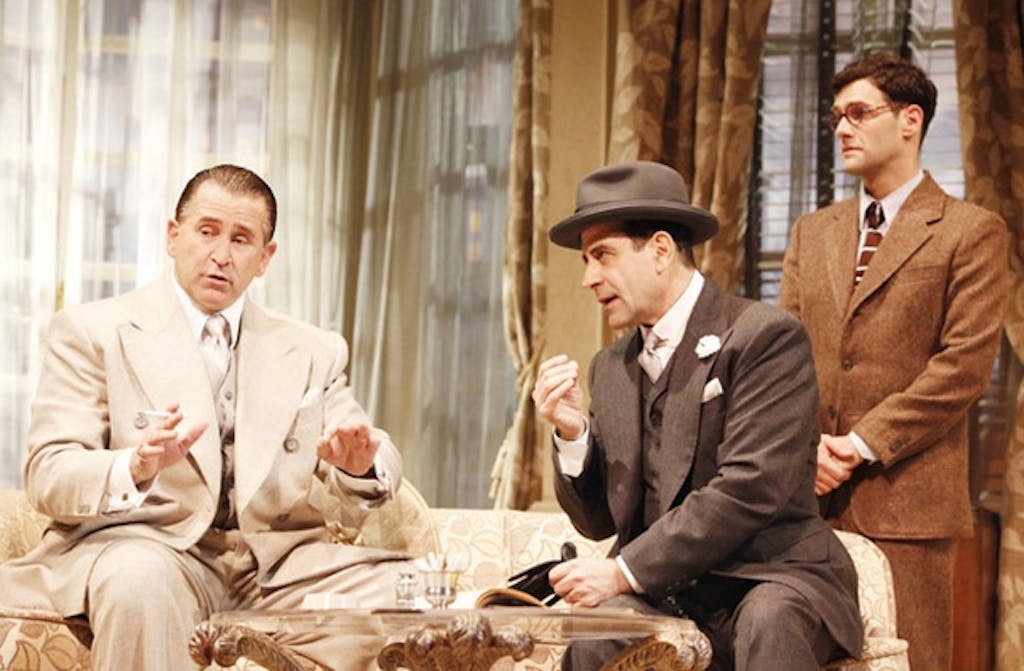 Anthony LaPaglia in "Lend Me a Tenor." (Photographed by Joan Marcus)

An Adelaide native, LaPaglia made his Broadway debut in "The Rose Tattoo" in 1995. In 1997, he starred in the Roundabout revival of Arthur Miller’s "A View From the Bridge," which earned him a Tony Award. LaPaglia most recently starred in Ken Ludwig’s "Lend Me a Tenor" in 2010. 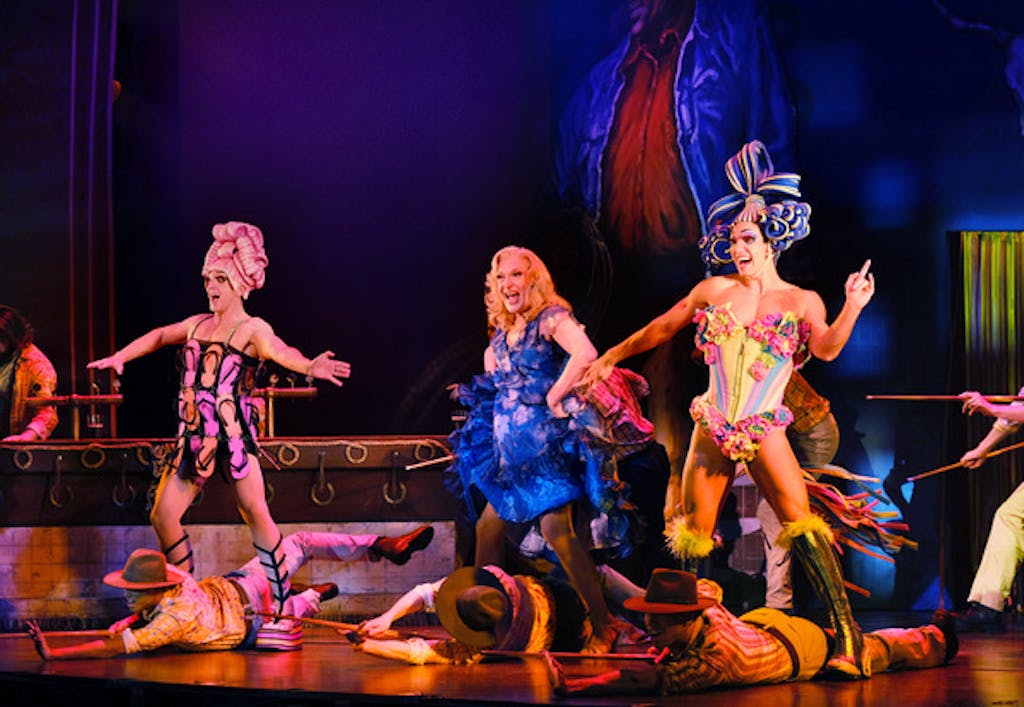 Tony Sheldon in Priscilla, Queen of The Desert. Photographed by Sam Tabone.

Tony’s claim to fame is undoubtedly his role as Bernadette in the Australia-centric "Priscilla Queen of the Desert," a role he performed 1800 times in Sydney, Melbourne, Auckland, the West End, and Toronto, and finally Broadway in 2011, where he earned a Tony nomination. The Brisbanite was most recently seen on the Broadway stage in "Amélie" in 2017. 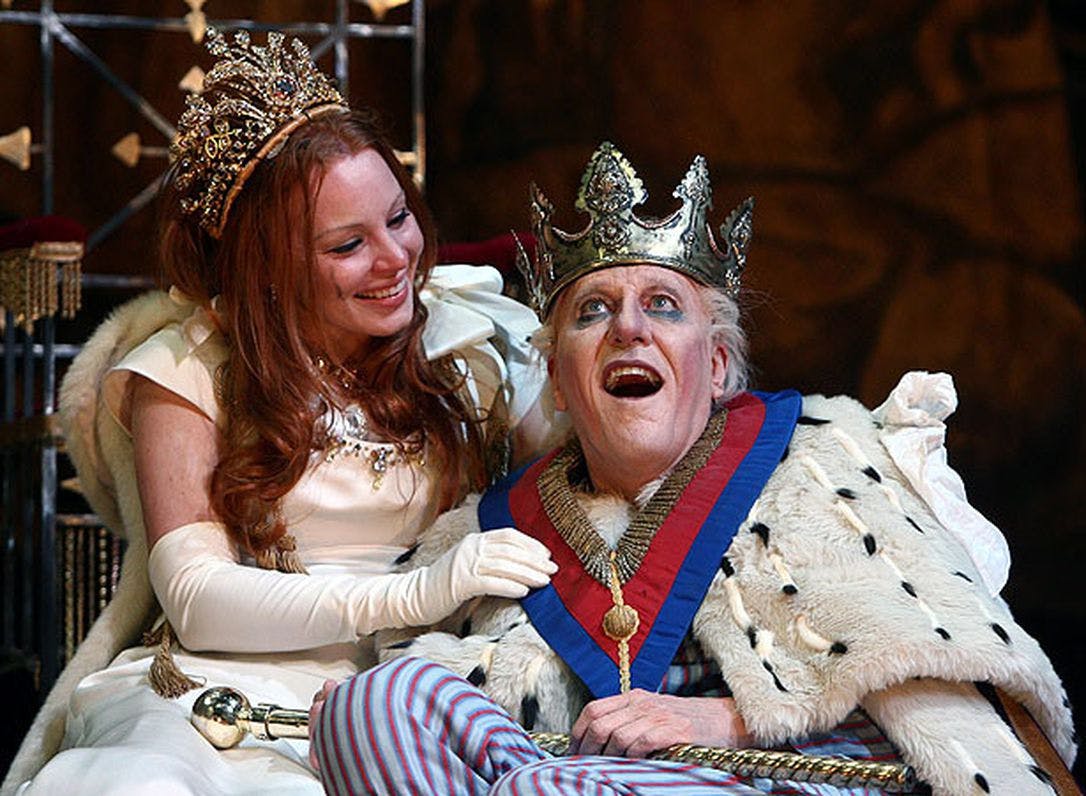 Geoffrey Rush in "Exit the King."

This Melbournian is one of 24 people who have won the Triple Crown of Acting, meaning his trophy collection includes an Academy Award, a Primetime Emmy Award, and a Tony Award. He made his Broadway debut in 2009 in a re-staging of "Exit the King" which originated at Malthouse Theatre. 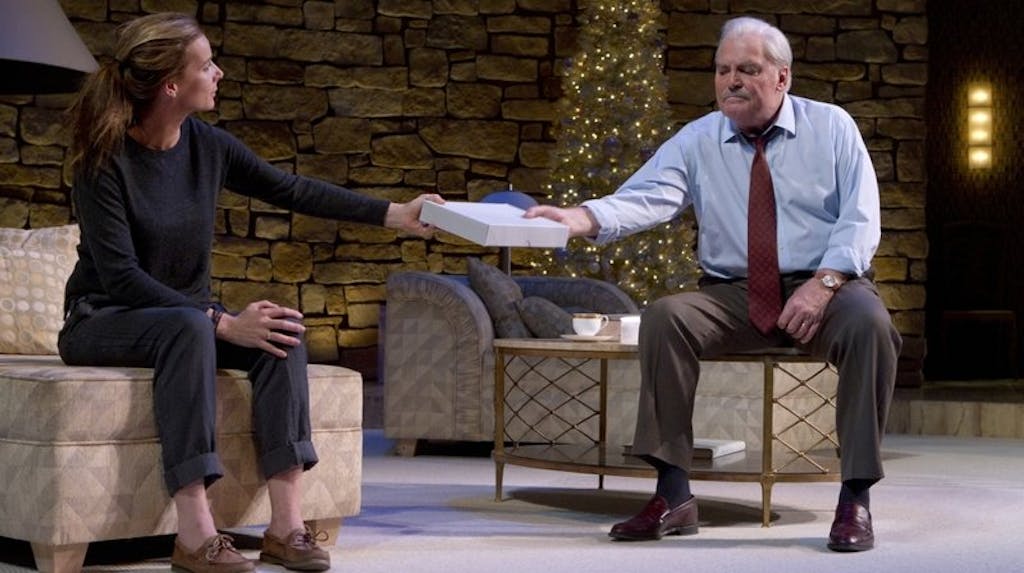 Rachel Griffiths in Other Desert Cities. Photographed by Joan Marcus.

A star of the big screen, small screen, and stage, this Melbourne Theatre Company alumna made her Broadway debut in 2011 in the critically acclaimed "Other Desert Cities." 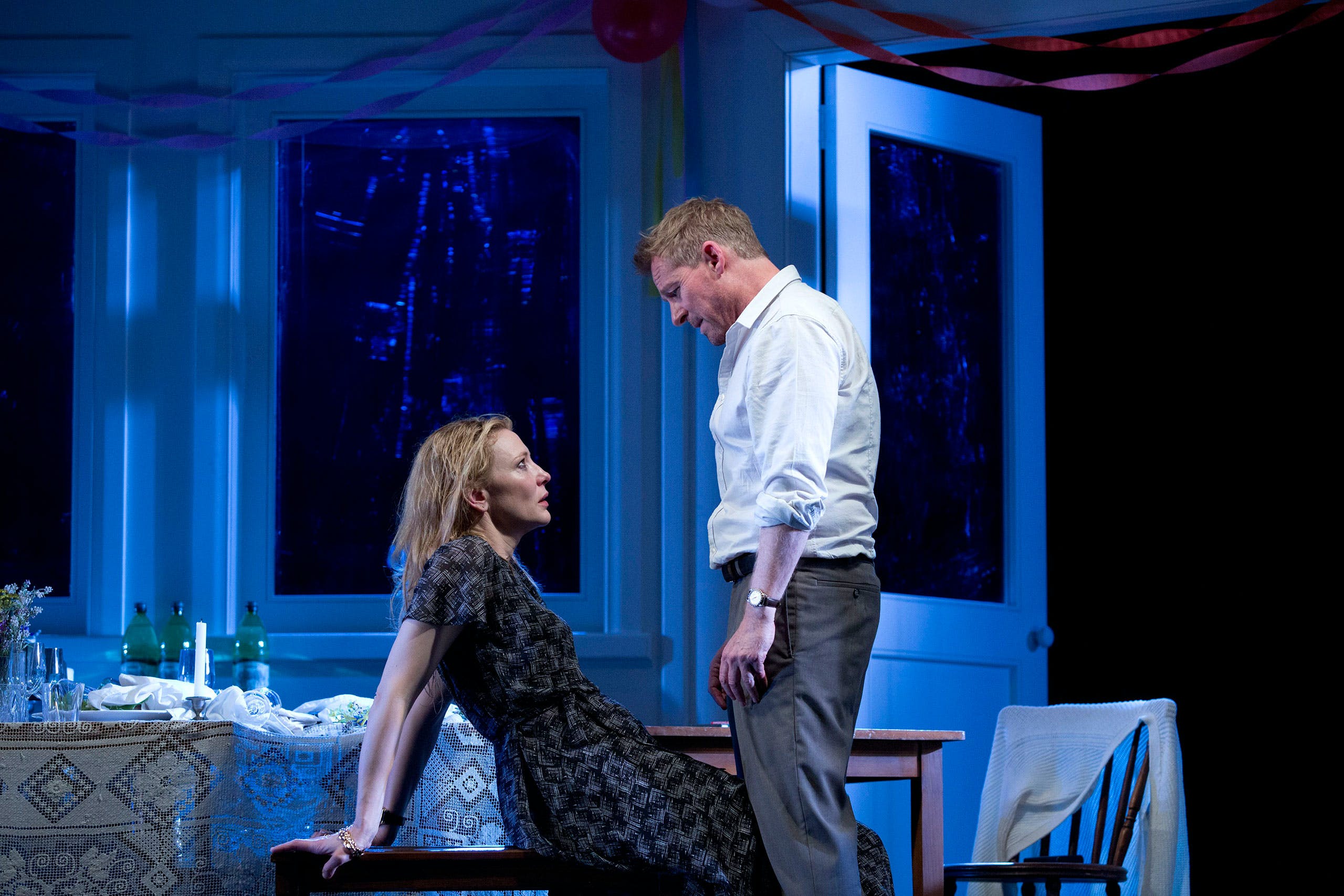 Cate Blanchett in "The Present."

The two-time Oscar winner may be one of the highest-paid actresses in the world, but Blanchett is dedicated to the stage. She served as the Artistic Director of Sydney Theatre Company from 2008-2013, and in 2015 starred in STC’s production of "The Present." The show transferred to Broadway in 2017 and Blanchett’s Broadway debut earned her a Tony Award nomination. 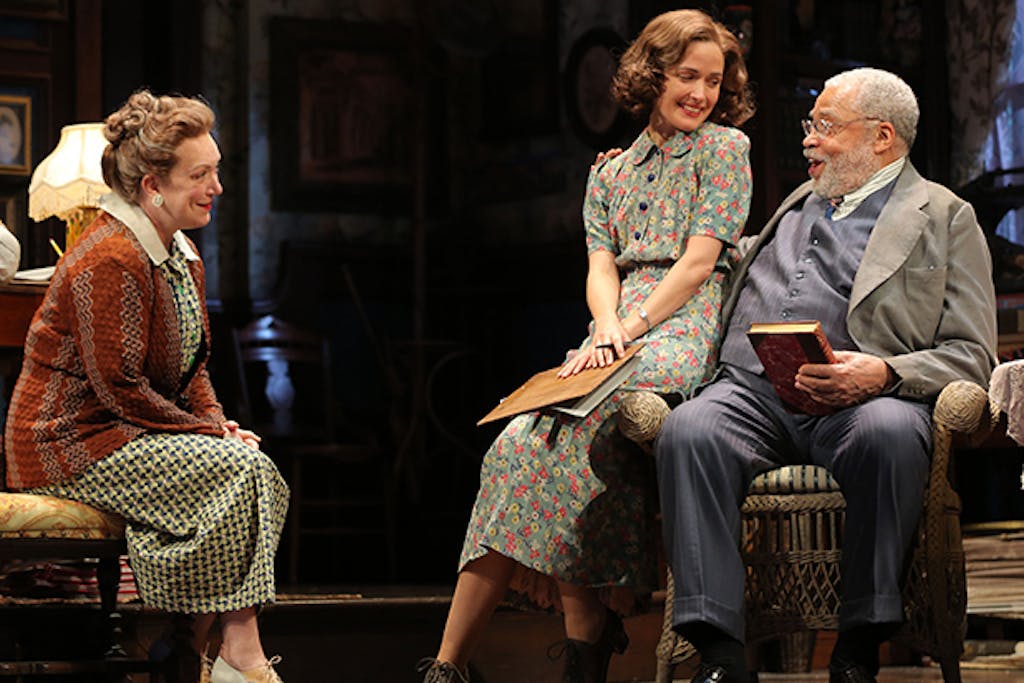 Rose Byrne in 'You Can't Take it With You.' (Photographed by Joan Marcus)

Hailing from New South Wales, this Sydney Theatre Company alumna may best be known for her roles in "Damages," "Neighbors," and "Bridesmaids," but she also starred in the 2014 revival of "You Can’t Take it With You."