With the holidays just around the corner, it’s time to crank up your speakers and start jamming to some of the best holiday music performed by your favorite Broadway stars! 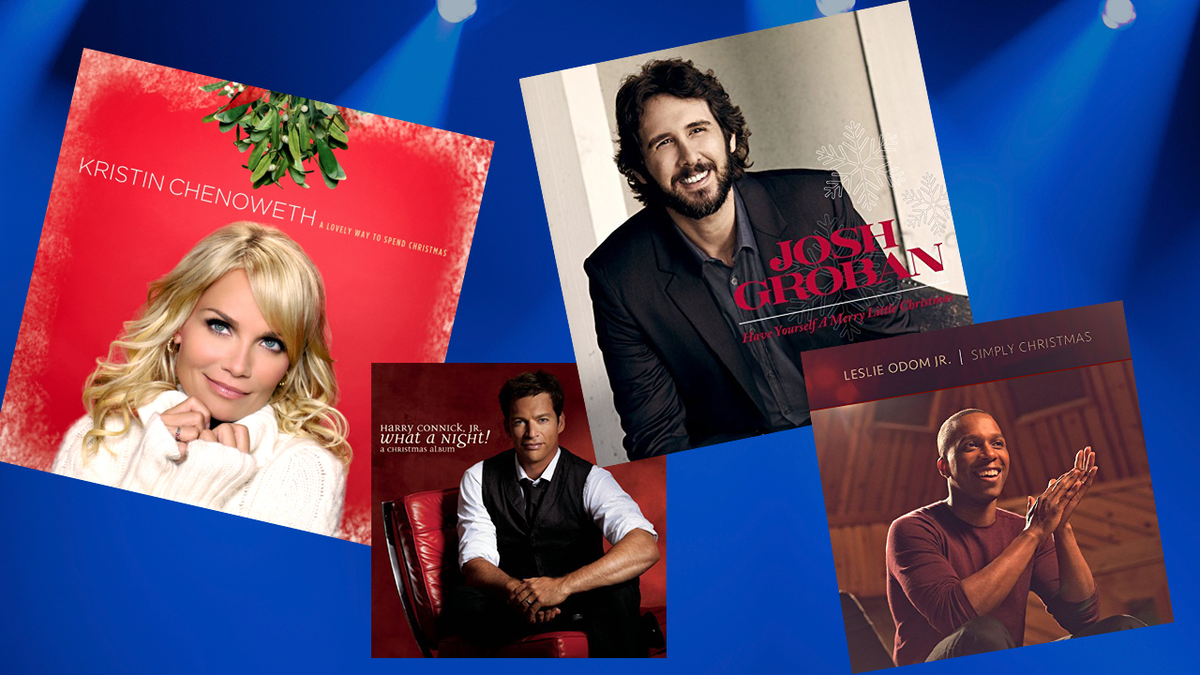 Leslie Odom Jr.’s newly released Christmas album puts a soulful spin on classic tunes such as “I’ll Be Home for Christmas” and “First Noel”, and is perfect for curling up in front of a warm fire with a loved one, mug of cocoa, or even your Playbill collection.
CLICK HERE TO BUY!

As if Idina Menzel’s resume wasn’t stacked enough, the reigning Snow Queen tackled holiday cheer in 2014 with a Christmas album. Not only does our beloved Broadway Queen sing everyone’s favorite “All I Want For Christmas Is You”, but she also duets with Michael Bublé.

Matthew Morrison’s “A Classic Christmas” is a traditional take on some holiday favorites. With his talent and a big band by his side, this 2013 album is a must-listen any holiday season!

No Broadway holiday party is complete without a little Babs. This Christmas album, which was released in 1967, is a timeless throwback.

“Seasons Greetings: A Jersey Boys Christmas” brings the ensembles of the casts of Jersey Boys from Broadway, Las Vegas, Australia, and more to sing some holiday favorites in the style of Frankie Valli and the Four Seasons.

Megan Hilty’s brand new Christmas album is delightfully festive! Her rendition of “Santa Baby” is so sultry and saucy, it’s almost like it's a piece of the SMASH holiday album we never got (but totally wanted). #TeamIvy

Let Harry Connick Jr.’s beloved Christmas Album from 2008 get you jazzed up and festive in time for the holiday season!
CLICK HERE TO BUY!
8. Josh Groban — "Have Yourself a Merry Little Christmas"

Recent Broadway star Josh Groban recently dropped a holiday single to put us all in the Christmas spirit before we go and buy tickets to go see him in “Natasha Pierre and The Great Comet of 1812”.
CLICK HERE TO BUY!
8. Julie Andrews — "Greatest Christmas Songs"

The holidays should be spent with family, so make sure to dedicate some time to everyone’s favorite grandma, Julie Andrews, and rock out to her classic holiday album.
CLICK HERE TO BUY!

Is there a more lovely way to spend Christmas by listening to Kristin Chenoweth sing some holiday classics? All we want for Christmas is you, Cheno!
CLICK HERE TO BUY!
Previous
Next