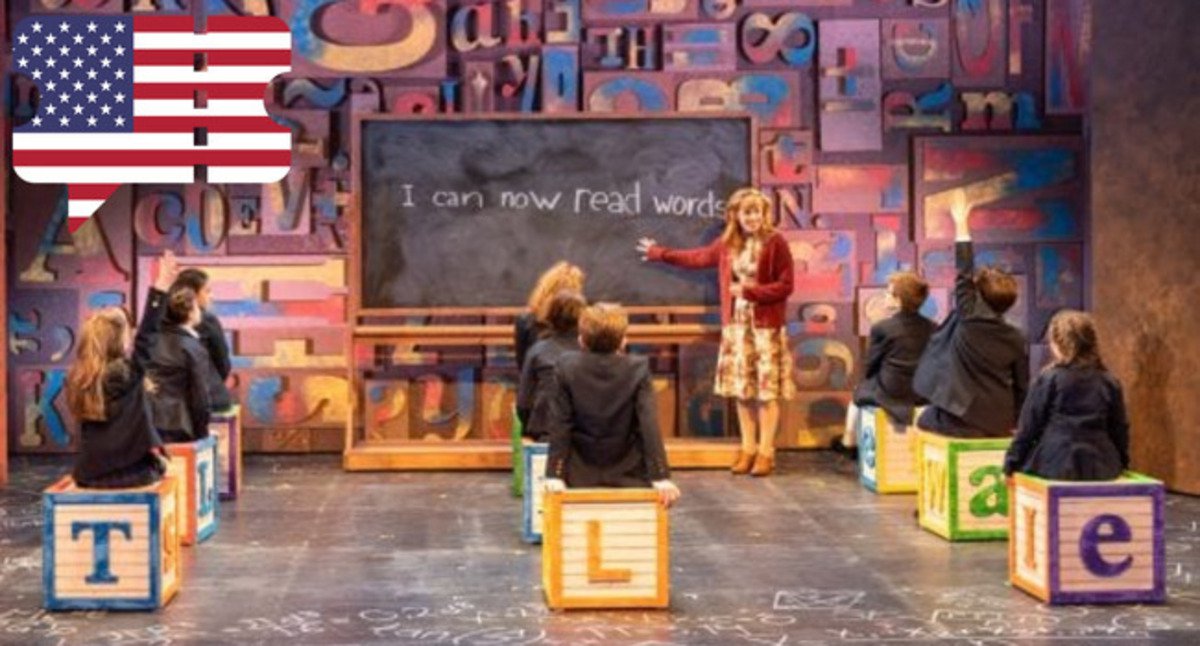 No question about it: teachers are our favorite superheroes. They're always there for you, are endlessly intelligent, give the best advice, and — in the case of the teachers below — can somehow find the time in their busy schedules to sing the best of the best musical theater tunes.

To celebrate the start of the school season, check out the professors, instructors, and tutors that spend their after-school hours on Broadway below.

Anna Leonowens, The King and I

Did you know Anna Leonowens was a real person? Yup, The King and I is based on the memoirs of the real-life governess to King Mongkut of Siam's family. Another fun fact: the musical was written by legendary duo Rodgers and Hammerstein (Oklahoma!, The Sound of Music) after a theatrical attorney needed a new project for his leading lady client Gertrude Lawrence. Lawrence ended up winning a Tony Award — and we get to see Leonowens's kindness and intelligence portrayed onstage by women like Kelli O'Hara (who won her first Tony Award after seven nominations for this performance in 2015). So the journey to the stage was all worth it.

Beulah, Come From Away

The power in Beulah's character throughout Come From Away is that her talents as a teacher are evident even when we never see her actually teach any kids. As a Gander resident, her moments with Hannah — a mother who is waiting to hear from her NYC firefighter son after 9/11 — display such passion and empathy for everyone, especially strangers. She does the most teacher of teacher things: tells corny jokes to make Hannah laugh when she's down, and it does help! Beulah goes to show that we're never too old for a magic moment with a teacher. She also makes sure the local school is set up and ready to admit stranded passengers.

Did you know? In real-life Gander, the real-life Beulah was the treasurer of the ladies’ auxiliary for the Royal Canadian Legion. (We're pretending that's a really fancy way to say "teacher.")

He's Dewey Finn. What else is there to say? This guy probably didn't graduate high school. He's never taken an education course in his life. He's 100% hungover. He doesn't know how to do basic math. And he's a liar.

But that doesn't really matter when you're a kid who just needs someone to care about you, does it? Dewey Finn is the type of teacher that you never forget, and he's the type of teacher that will never forget you. If you're thinking "I could never love a Dewey Finn like I love Jack Black," we're going to assign you some homework: check out Alex Brightman's performance on the musical's cast recording. Report back Monday with your thoughts.

When you're a kid and it's your first time seeing or hearing Wicked, it's very easy to walk away with "why was a goat the teacher" being your singular thought about Doctor Dillamond. And then — as you get older, as you inevitably return to this cast recording when you're craving that familiar story about the two witches — you're like, "is Doctor Dillamond...my hero?" Yes, the answer is yes.

Aside from the flying monkey dancers and the bubble transportation system, Wicked is a pretty politically charged story. And Doctor Dillamond is 100% being discriminated against for being a goat teacher in a human world. Raise your hand if you'd be willing to participate in a protest on campus for our favorite professor? See you in the quad at noon.

First of all, even though he's a teacher's assistant, he's smarter and more hard-working than any other professor at this "Harvard" place. Age is just a number my friends and Emmett Forrest's number is 10/10. But seriously, his dedication to Elle's education and his kindness throughout their relationship is all you could ever wish for in a teacher (that you're slowly falling in love with and will soon enter a consensual relationship with and live happily ever after).

Puppets can be teachers, too. Kate Monster is ~truly~ an icon on Avenue Q. Her one and only dream is to build a Monstersori school (we love a pun) so that she can go from teacher's assistant to the neighborhood's top monster educator. Like all of us, reaching her dream takes a bit longer than planned — there's a heartbreak or two, a rough night or three along the way — but she never gives up because she's a teacher and because she cares about her students. And because her boyfriend may or may not beg the audience for money to help build the school. Funding is a big part of running a school! Give us your money, please!

You'll never find a governess like Maria. Just like Anna Leonowens and Beulah, Maria von Trapp was a real person. This really just goes to show that all women are worthy of having musicals written about them, right? (CC: Jessie Nelson, Julie Taymor, Dominique Morisseau, all the female creatives in the world).

We're going to go out on a ledge and say this is the first time in history that Maria von Trapp and Dewey Finn have been compared. Hear us out: they both use non-traditional teaching methods to get through to their students (future children?) and — in a surprise to absolutely no one — letting kids play outside and sing as they learn actually works. In conclusion: Maria von Trapp and Dewey Finn are distantly related.

Yes the rumors are true: at the end of the musical version of Stephen King's Carrie, the titular Carrie does kill the beloved teacher we have placed on this list. But in fairness, Carrie kills everyone in the room. So it's not personal. And before the murder, Miss Gardner really does try to get through to her! The reason Miss Gardner is one of our faves is because she takes a period blood moment in Carrie's life — one that based on every high school to ever exist would be very embarrassing — and she doesn't laugh at or humiliate her. Instead she educates her and supports her. A true queen, may she rest in peace.

We'll say it: Mrs. Wilkinson is the GOAT. From the moment that Billy accidentally walks into her ballet class, she recognizes his talent and she commits herself to making sure he recognizes it — and is recognized for it — too. Throughout the twists and turns (it's a dancing musical, get it?) that Billy experiences in trying to discover himself and jump above (sorry we'll stop) the negativity in his life, Mrs. Wilkinson never leaves his side and she's patient yet fully committed to the journey. She believes in him and that's all Billy needs to change his life forever. #revivebillyelliotyoucowards

Did you know "Even If Your Student Lies About Your Life To Be Cool And That Lie Almost Gets You Fired You Should Still Be Her Supportive Mathletes Coach" is like the #1 rule when you become a high school teacher? Ms. Norbury must be a really good teacher because she followed that rule exactly. We love Ms. Norbury because she's a supportive, understanding nerd. Like some of the other teachers on this list, she doesn't quit on her students even when they want to quit on her and/or have her arrested. She keeps showing up for Cady Heron and we have her to thank for North Shore's happy ending.

Principal Hawkins is the most underrated administrator in musical theater history. When you search for pictures of this character online, there's very few. You know why? Because he wants his students and the people he loves to shine! He doesn't care about himself, he cares about you. He fights the PTA for his students (and wins!) which before The Prom had been deemed scientifically impossible. And he loves Applebee's AKA he's perfect.