12 Female Playwrights of Color You Should Know

Know more about 12 female playwrights of color you should know 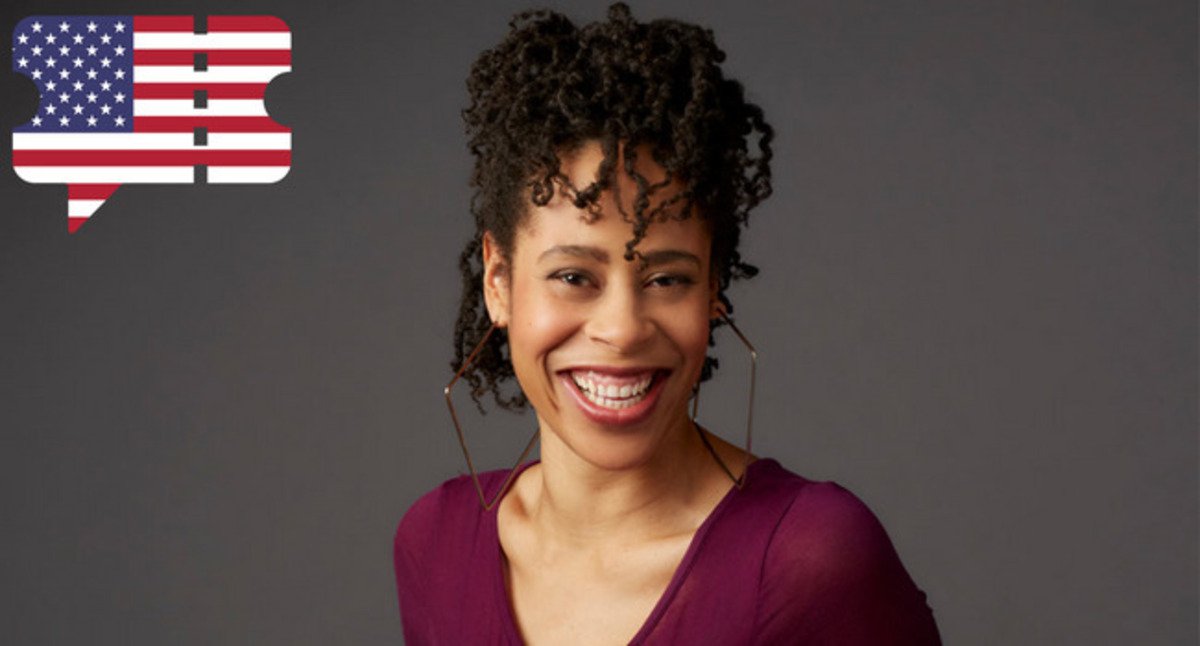 When Rachel Chavkin won the Tony Award for Best Direction of a Musical for "Hadestown," she called out the lack of representation of women and artists of color on Broadway, more specifically on creative teams, when she noted that she was the only woman to direct a musical last Broadway season in her acceptance speech.

"There are so many women who are ready to go. There are so many artists of color who are ready to go," Chavkin said from the Radio City stage. "And we need to see that racial diversity and gender diversity reflected in our critical establishment too. This is not a pipeline issue. It is a failure of imagination by a field whose job is to imagine the way the world could be."

Since we're #TeamRachel, we decided to compile a list of female playwrights of color who are leading the charge, and you can see their work on Broadway and across the country.

Dominique Morisseau
The Tony Award nominee made her Broadway debut this past season with the hit musical "Ain't Too Proud" but has authored over nine plays, including "Skeleton Crew" (Atlantic Theatre Company, 2016) and "Pipeline" (Lincoln Center Theatre, 2017). Her play cycle "The Detroit Project" includes three plays that examine the sociopolitical history of her hometown Detroit. You can catch the New York premiere of Morisseau's new play "Confederates" next summer at Signature Theatre.

Yasmina Reza
Only three plays authored by women have won the Tony Award for Best Play. Reza wrote two of them: "Art" (1998) and "God of Carnage" (2009), making her one of seven playwrights who have won the award twice. Bow down, everyone.

Lauren Yee
San Francisco-based playwright Yee burst on the scene with her play "The Great Leap," which premiered off Broadway in 2018. She will be part of Signature Theatre's Residency 5 program which guarantees playwrights three premieres over five years. Her play "Cambodian Rock Band" will receive its New York premiere as part of that program next year.

Lynn Nottage
After making her Broadway debut in 2017 with the Tony Award-nominated and Pulitzer-winning "Sweat," Nottage has been quite busy. The world premiere of her play "Floyd's" is currently playing at Guthrie Theater in Minneapolis and she wrote the book for world premiere musical "The Secret Life of Bees," which was recently produced off-Broadway by Atlantic Theatre Company. She was the first (and remains the only) woman to have won the Pulitzer Prize for Drama twice — the first for "Ruined" (2009) and the second for "Sweat" (2017). You can currently catch her play "Fabulation, or the Re-Education of Undine" in DC.

Quiara Alegría Hudes
Hudes is the woman behind the book of a fan-favorite musical: "In the Heights." She's also won the Pulitzer Prize for Drama for her play "Water by the Spoonful" (2012). If you didn't catch "In the Heights" when it was on Broadway, don't fret. The musical is headed to the big screen and Hudes is still at the helm.

Ming Peiffer
"Usual Girls" was a sold-out hit (and NY Times Critics Pick) last year when it had its world premiere at Roundabout Theatre. The feminist powerhouse of a play (which marked the playwright's professional debut) was a deeply personal portrait of growing up female and Asian-American. Peiffer's writing can also be found on screen — she's a staff writer on shows featured on Netflix and Hulu. We impatiently await her return to the stage.

Jackie Sibblies Drury
This past April, Drury was awarded the Pulitzer Prize for Drama for her play "Fairview." This is the third consecutive year in which the honor has been awarded to a woman (following Martyna Majok in 2017 and Lynn Nottage in 2016). Produced by Soho Rep, the play can currently be seen at Theatre For A New Audience's Brooklyn venue, and it will also be coming to Woolly Mammoth in Washington DC in September.

Danai Gurira
When she's not defending Wakanda as Okoye in the Marvel Cinematic Universe film "Black Panther," Gurira is gracing the stage with her plays including "Eclipsed," which opened on Broadway in 2016 and was nominated for a Tony Award. Her other plays include "Familiar," "The Convert," and "In the Continuum."

Jocelyn Bioh
Bioh is a is a Ghanaian-American playwright and actor who made her Broadway debut in "The Curious Incident of the Dog in the Nighttime." Her play "School Girls; or, the African Mean Girls Play" was on off-Broadway hit, winning the 2018 Lucille Lortel Award for Outstanding Play. Catch the play in DC later this year.

Suzan-Lori Parks
Parks made history in 2002 when she became the first black woman to receive the Pulitzer Prize for her play "Topdog/Underdog." Her other work includes "White Noise" (recently produced by The Public Theater in NYC) and "Father Comes Home from the Wars," which is currently being produced in Dallas.

Katori Hall
The West End hit "Tina: The Tina Turner Musical" is headed to Broadway! The jukebox musical that highlights the career of icon Tina Turner has a book written by Hall and was nominated for a Olivier for Best New Musical. In 2010, she won the Olivier Award for Best New Play for "The Mountaintop," making her the first black woman in history to win in that category.

Young Jean Lee
Lee made history last year with her play "Straight White Men" when she became the first Asian American woman to have a play produced on Broadway. Her other plays include "Untitled Feminist Show," "We're Gonna Die," and "Lear."