15 Comedians Who Got Their Start in New York Comedy Clubs 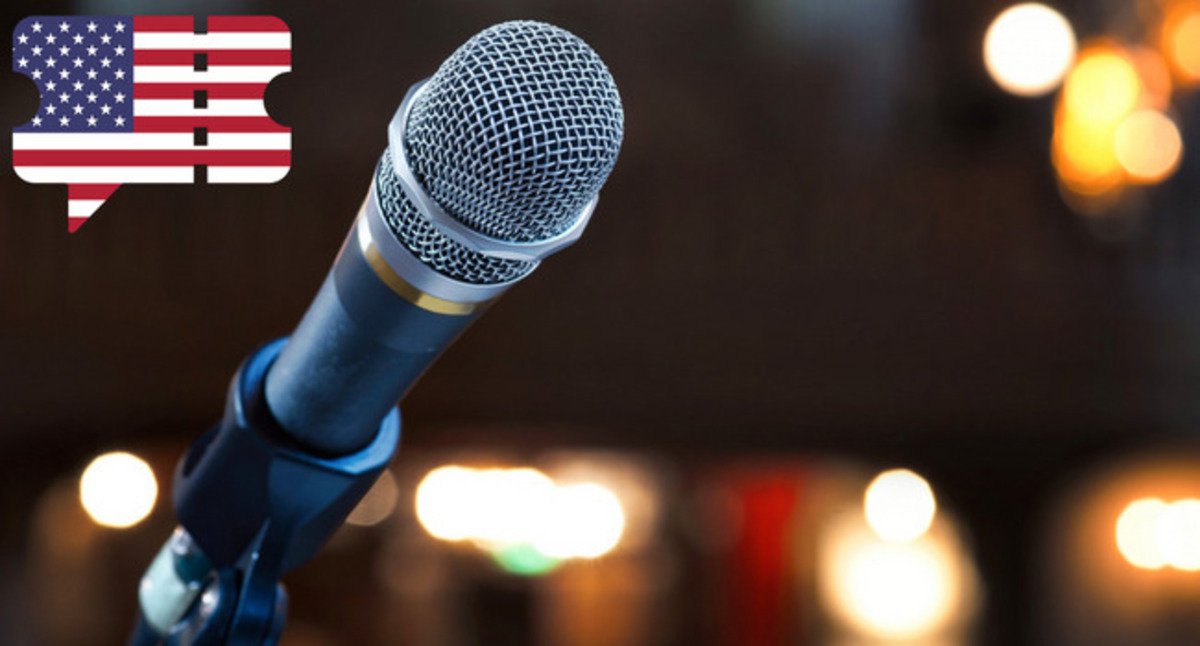 Before they were making audiences laugh on “Saturday Night Live” or starring on hit sitcoms, these comedians cut their teeth at some of New York City’s most iconic clubs. August is Comedy Month at TodayTix, and for the entire month, you can see more than 100 comedy shows with tickets from just $5. Who knows? You may catch the next Jerry Seinfeld, Amy Schumer, or Billy Eichner before they hit it big!

Get tix to some of our favorite standup shows during Comedy Month!

Jerry Seinfeld
Before he was doing stand-up for the masses on his self-titled, long-running sitcom, “Seinfeld,” the Brooklyn native was trying out his material at Caroline's in the 1980s. “I remember his first performance at my club,” Caroline Hirsch, who opened the famous club in 1981 in Chelsea before it relocated to Times Square in the early 1990s, told Inc. magazine. “He joked about socks disappearing at the laundromat.” Talk about getting his foot in the door!"

Amy Schumer
In typical “Trainwreck” fashion, the writer-actress got “blackout drunk” to celebrate a successful audition on June 1, 2007, for the Comedy Cellar’s famed booker, Estee Adoram. “It was just like this holy grail,” Schumer told Paste Magazine. “I knew it was gonna be a life changer.” She also frequented NYC’s Gotham Comedy Club and credits a “Live at Gotham” episode filmed for Comedy Central as the reason she was cast on “Last Comic Standing.”

Billy Eichner
Long before he was stopping people on the sidewalk on his Funny Or Die show “Billy on the Street,” the Queens native was performing off Broadway and in small New York City venues. After completing Upright Citizens Brigade Theatre’s program, he and a college friend created “Creation Nation,” a live variety show that debuted in the basement of the Drama Book Shop and toured NYC spots after gaining steam.

Mindy Kaling
After graduating from Dartmouth, the “Mindy Project” star moved to Brooklyn with two college pals and started playing comedy gigs across the city. But it was “Matt & Ben,” an Off-Broadway play she co-wrote and performed in, that really made her career take off. When Greg Daniels, who developed “The Office,” saw Kaling perform in the show, he set up a meeting with her — and offered her a writing gig on the hit NBC series.

Aziz Ansari
The “Master of None” star started making people laugh back in his college days in the early 2000s at New York University. Following graduation from NYU, Ansari began hosting the show “Crash Test” at Upright Citizens Brigade Theatre. “I met a lot of people that I still work with now,” he explained. “Everyone that does little bit parts on ‘Parks [and Recreation],’ those are all people that I met doing ‘Crash Test’ stuff.”

Abbi Jacobson and Ilana Glazer
The dynamic comedy duo met and began collaborating when they took classes at Upright Citizens Brigade in 2006. It was there that “Broad City,” their acclaimed Comedy Central series, took shape — first as a web series. “We just started wanting to be able to send a link to our parents of what it is that we’re spending all this time on,” Glazer told PBS News Hour. UCB co-founder Amy Poehler came on board for their final webisode, and the rest is history. “Broad City” ran for five seasons on Comedy Central.

Donald Glover
Also known as Childish Gambino, Glover attended New York University’s Tisch School of the Arts for a degree in Dramatic Writing and simultaneously studied at Upright Citizens Brigade Theatre. Combining comedy and writing paid off for the “Atlanta” star; he was hired to write for NBC’s “30 Rock” in 2006.

Jon Stewart
After studying psychology at The College of William & Mary in Virginia, the New York City native moved back to the Big Apple to try his hand at Manhattan’s various comedy clubs — even if it took him a year to muster up the courage to do so. The “Daily Show” host made his stand-up debut at The Bitter End and became a regular at the Comedy Cellar, where he often went on last (at 2AM!).

Ellie Kemper
Before she was the one and only “Unbreakable Kimmy Schmidt,” Kemper worked with the People’s Improv Theatre and the Upright Citizens Brigade in New York City. By 2009, she was named one of Variety’s “10 Comics To Watch,” and eventually “Unbreakable” was written specifically for her. “NBC said, ‘Would you guys ever want to write a show for Ellie Kemper?’” explained creator Tina Fey. “And we were like, ‘Yes!’”

Kate McKinnon
Around the same time McKinnon landed “The Big Gay Sketch Show,” she was also performing regularly at the Upright Citizens Brigade Theatre. In fact, she staged three solo shows there and was also a member of sketch teams called High Treason, Beneath Gristedes, Tremendous Machine, and Gramps. She debuted on “Saturday Night Live” in 2012.

Dave Chappelle
Not all comedy gigs go as planned. During one of Chappelle’s early sets at Harlem’s Apollo Theatre, the “Saturday Night Live” alum was booed off stage on “Amateur Night.” However, the “Chappelle's Show” creator did not give up. He gained traction performing at Caroline’s Comedy Hour in New York before his career really took off.

Chris Rock
Growing up in Brooklyn, the comedian got his start in 1984 performing at Catch a Rising Star clubs in New York City. The four-time Emmy winner was also a staple at the Comedy Cellar, where he still drops in. Just last year, Rock performed a surprise set there alongside Kevin Hart and Aziz Ansari.

Sarah Silverman
After bombing her first stand-up gig in Boston at age 17, the “Saturday Night Live” alum attended New York University — only to quit after a year to try her jokes out to NYC audiences in Greenwich Village. She frequented the Comedy Cellar — and had a job handing out flyers for a nearby club.

Joan Rivers
The beloved, sharp-tongued comedian and “Fashion Police” host began performing at clubs such as The Bitter End, The Duplex, and The Gaslight Café in the early 1960s. She became the first woman to host a late-night network television talk show with “The Late Show with Joan Rivers” in the ’80s and won a Daytime Emmy Award for “The Joan Rivers Show” in 1990. One of the most iconic comedians of our time, Rivers made audiences laugh with her unapologetic sense of humor until her death at age 81 in 2014.