Puppetry has played a central role in the practice of storytelling throughout history. From ancient shadow puppetry to sock puppets, from Japanese Bunraku masks to marionettes, the creation and operation of puppets is beguiling. The craftsmanship of bringing puppets to life onstage is a true art form. To celebrate World Puppetry Day on March 21, check out these famous theater puppets. 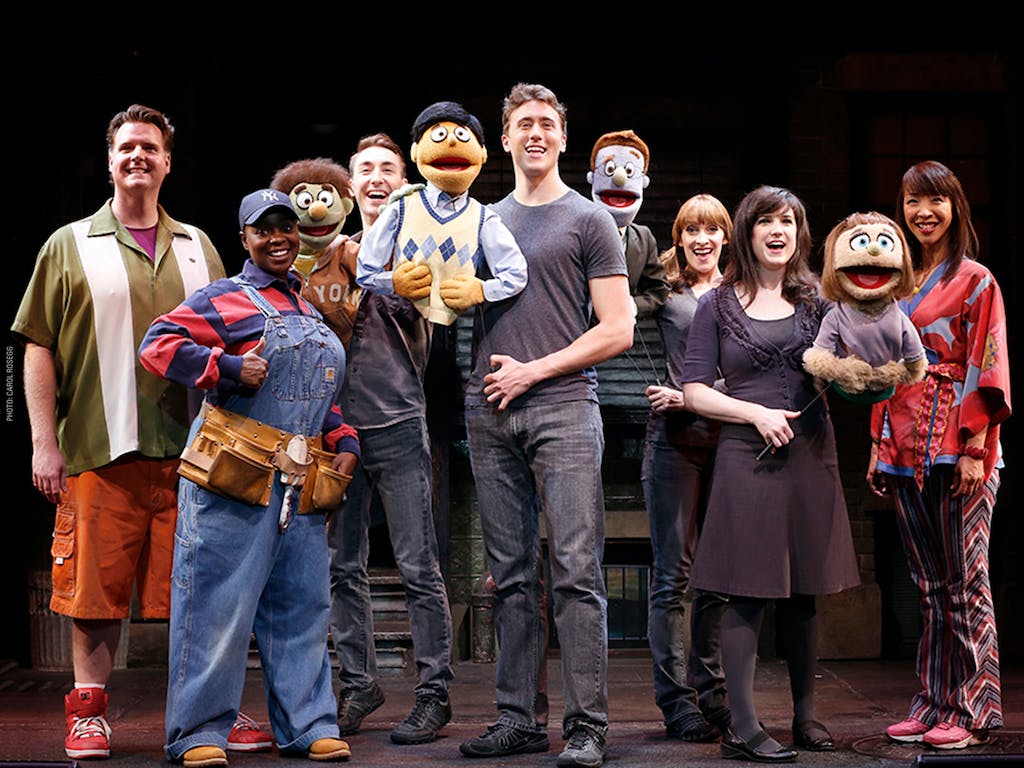 Avenue Q The foul-mouthed inhabitants of “Avenue Q” arrived on Broadway in 2003, bringing with them a whole new ideology of what stage puppets could be. The Tony Award-winning production features many different types of puppets, including rod puppets, live-hand puppets, and special puppets operated by trigger mechanisms. The puppets cost upwards of $10,000 each, and more than 120 hours went into handcrafting each of the characters. The show’s protagonist, Princeton, had multiple costume changes throughout the show—meaning there were a total of seven Princeton puppets hanging out backstage! (Insider tip: we've got tickets to the March 21 performance of Avenue Q starting at $35.) 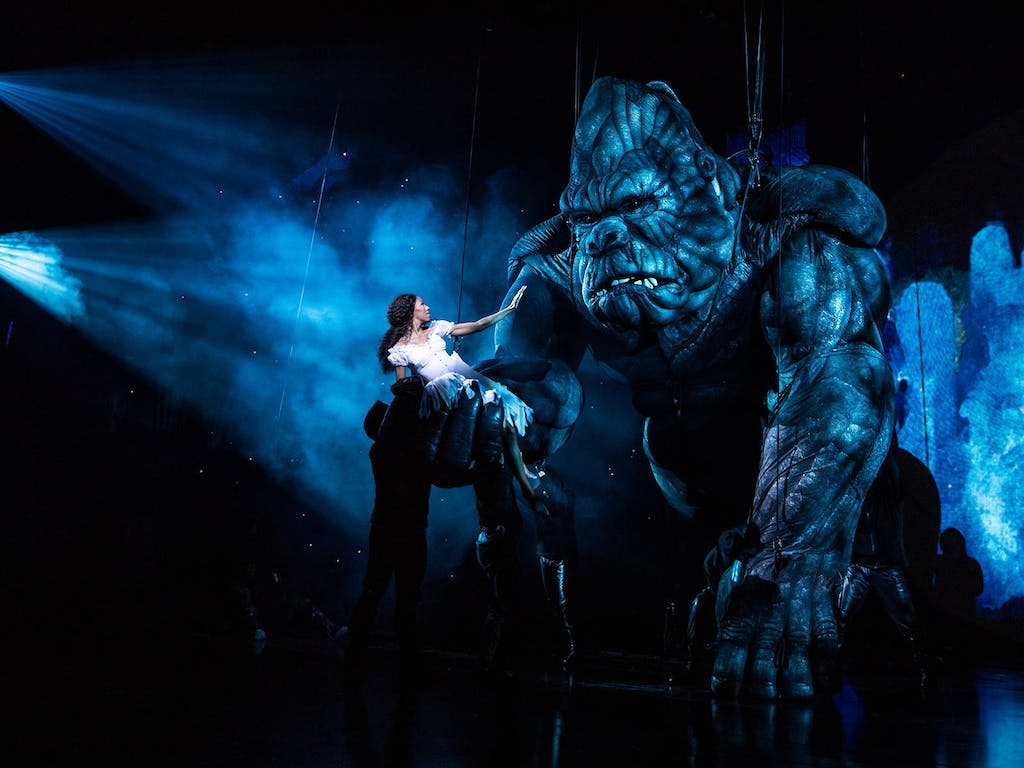 King Kong The latest puppet to arrive on the Great White Way weighs a whopping 2,400 pounds. The titular character of “King Kong” was designed by Australia’s Global Creature Technology for the show’s 2013 Melbourne premiere. The gorilla is constructed with steel beams, an intricate pulley system, and is operated by a whole team of puppeteers. Three offstage puppeteers control the animatronic marionette’s facial expressions, spine, and voice with a voodoo rigging system. Onstage, an ensemble of dancers help manipulate the 20-foot-tall puppet’s limbs. 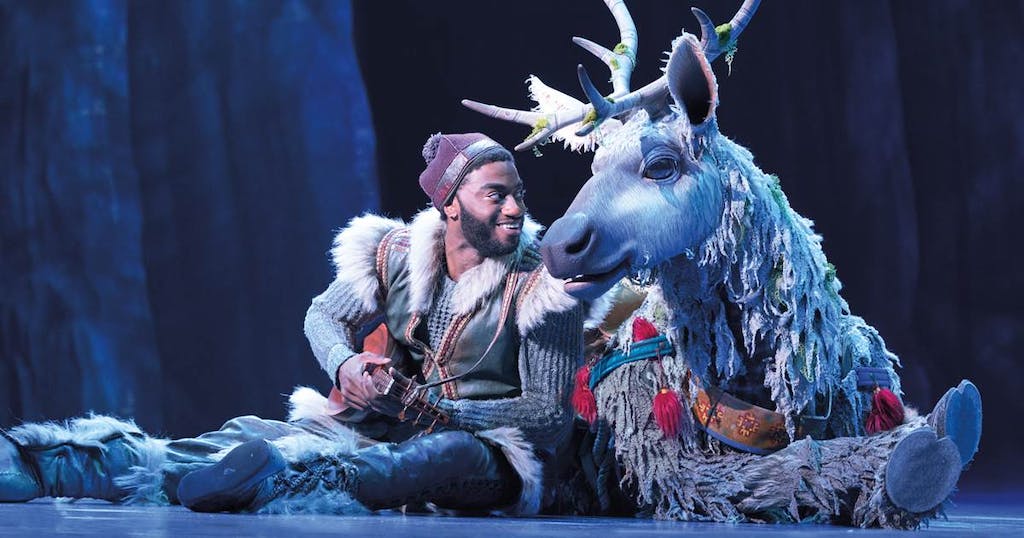 Frozen The characters of Disney’s “Frozen” have been reimagined as puppets at the St. James Theatre. Everyone’s favorite snowman, Olaf, is crafted from a combination of carbon fiber, yarn, foam, and held together with a metal harness. The actor playing the five-foot-tall heartwarming character is visible onstage. Olaf has expressive eyes, and his twig arms are magnetic — perfect for hugging. The reindeer Sven is brought to life with one actor inside an eight and a half foot-long structure. The character, which moves on hooves, requires an athletic actor to balance and operate. The two very lovable “Frozen” puppets were designed by Michael Curry. 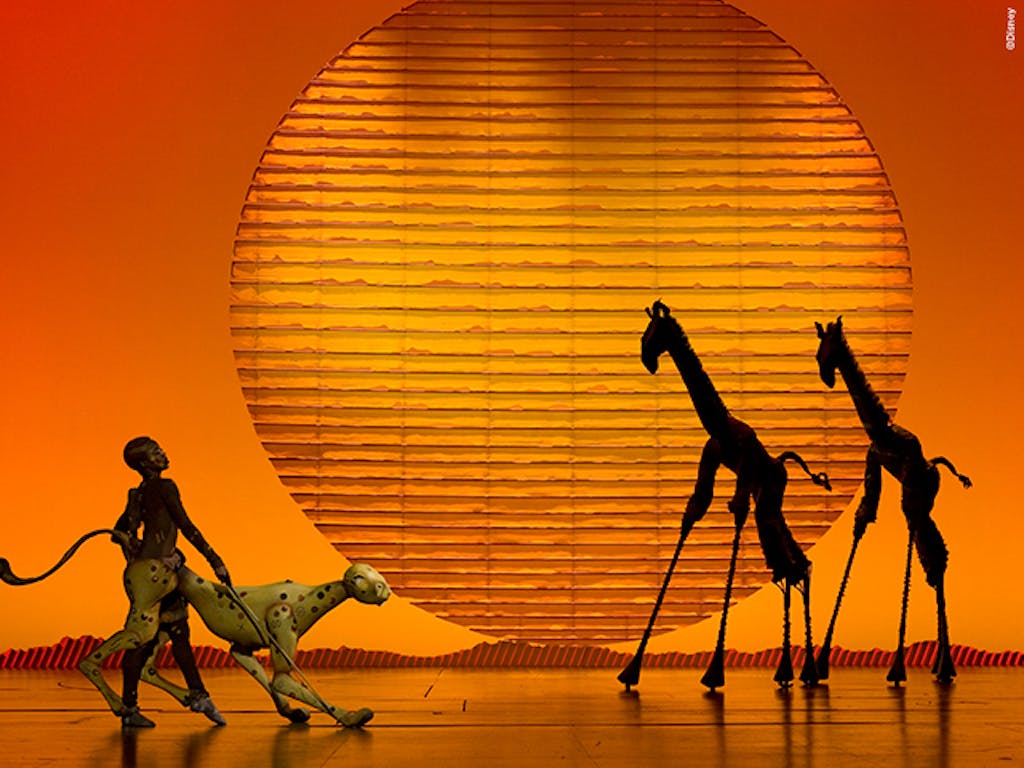 The Lion King The longest-running Broadway show featuring puppetry is Disney’s “The Lion King.” Designed by director Julie Taymor, along with Michael Curry, the animals of Pride Rock come alive on stage at the Minskoff Theatre through innovative masks, headdresses, and puppetry. The costume pieces and puppets, inspired by Japanese Bunraku puppetry, are crafted to keep the performers visible. There are 235 puppets in total from lions to gazelles, from hyenas to elephants. 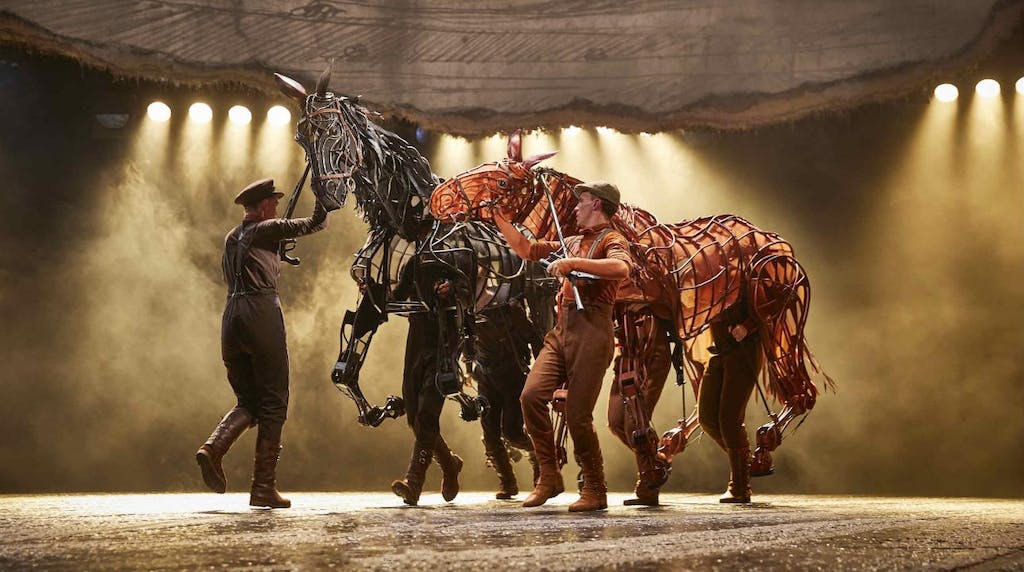 War Horse Joey the horse evoked amazement (and tears) when he galloped onstage at London’s National Theater and also at Lincoln Center Theater in the drama “War Horse.” The life-size equine puppet was designed and built by Handspring Puppet Company in South Africa. The horse weighs 120 pounds, is made largely of cane, and requires multiple puppeteers to move. The puppet is impressively able to support a rider on its back. In-depth studies of horses led to Joey’s lifelike ear and tail movement, and synced breathing between the Joey operators creates a very realistic horse onstage. 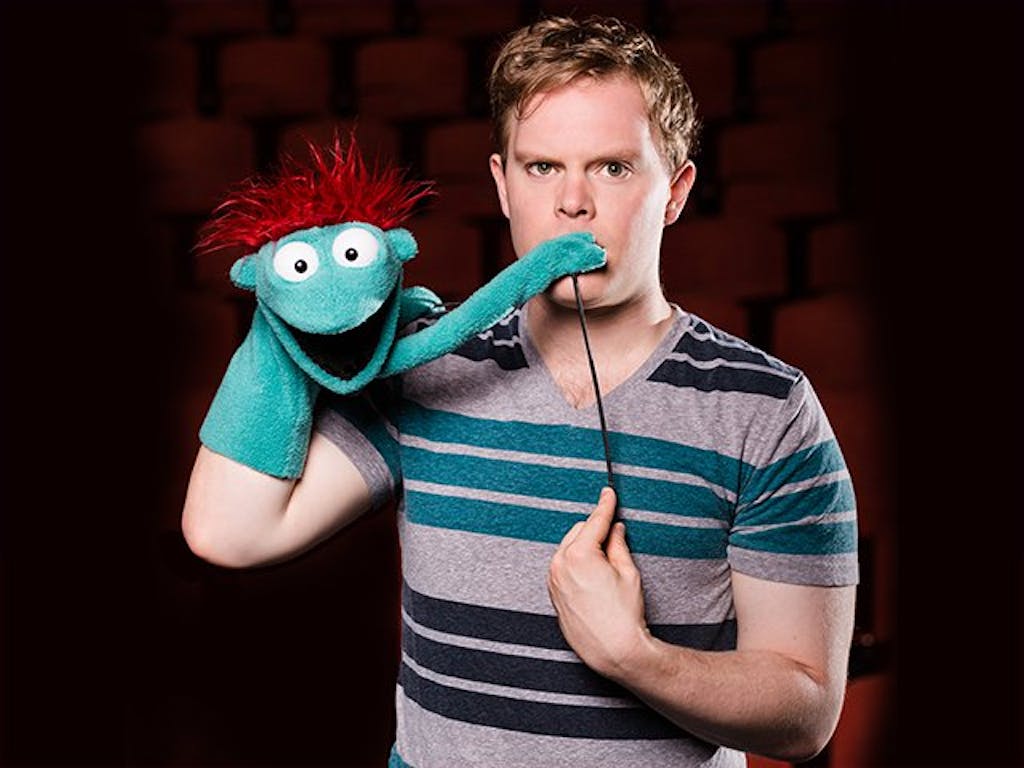 Hand to God Socks can be stage puppets too! The puppets of “Hand to God,” which bowed on Broadway in 2015, were inspired by the practice of Christian puppet ministry. The show’s main puppet, Tyrone, is a combination of both a hand and a rod puppet. Oh, and he’s possessed by the devil. Productions are the country are recreating this demonic character from simple socks and buttons. Little Shop of Horrors There’s another diabolical stage puppet, it comes in the form of a bloodthirsty plant — Audrey II. The giant Venus flytrap, central to the sci-fi musical “Little Shop of Horrors,” first came to the stage in 1982. The designer of the first Audrey II was the puppeteer behind Sesame Street’s Snuffleupagus, and created four versions of the growing plant. Today, high school productions can rent updated Audrey II puppets with hydraulic-powered mouths — perfect for quick bites of humans!