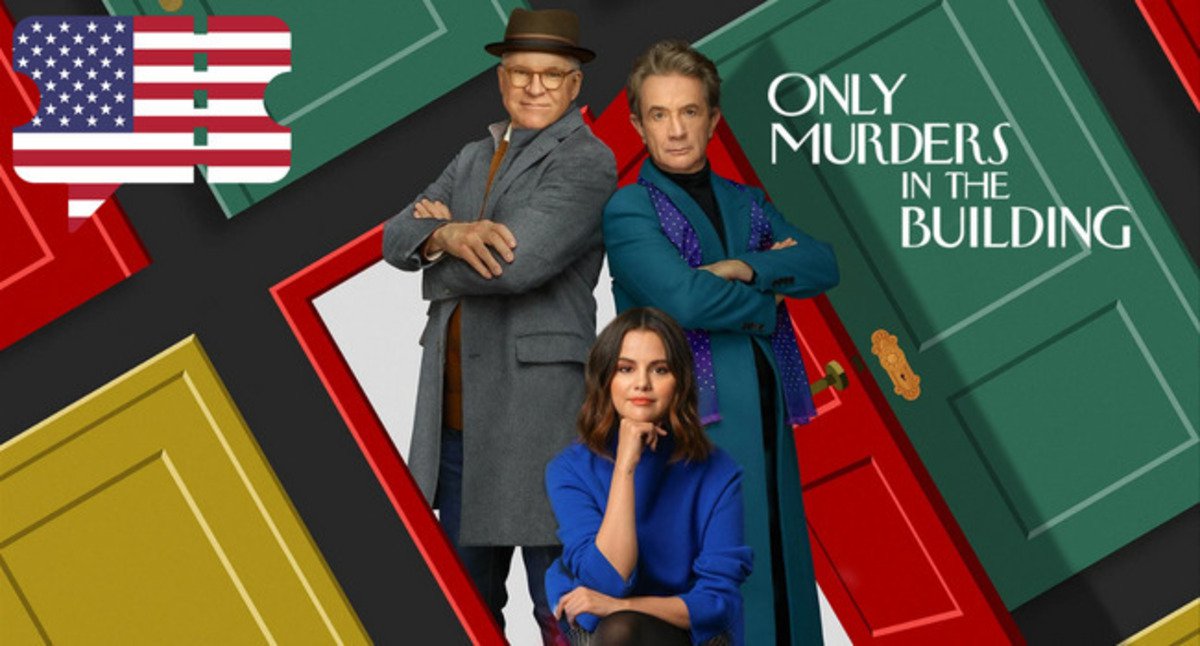 I should have known that Only Murders in the Building was going to be theatrical before I even opened Hulu to watch it. I mean, it’s set on the Upper West Side and has Martin Short playing an out-of-work Broadway director. He joins with Steve Martin and Selena Gomez to form an odd throuple of self-styled true crime solvers/podcasters when someone gets murdered in their apartment building — heck, the premise itself is theatre.

But once Annie began to play five minutes into the first episode, I realized this show would have Broadway written all over it. So I went sleuthing through the first four episodes for all the theatrical references, Easter eggs, and New York theatre actors on the scene at Only Murders in the Building, and I took note of some extra bits that just felt like theatre to me. Here’s all the evidence I found.

Theatre actors in Only Murders in the Building

The Only Murders casting team tapped a lot of Broadway talent for the series. Is there anything more New York than a bunch of New York actors living in an apartment building together? I’d even watch a reality show with all these people and that plot.

Martin stars as the past-his-prime cop show actor Charles-Haden Savage. He's not an actor in real life as far as Broadway is concerned, but he wrote the 2016 musical Bright Star and the 2017 play Meteor Shower, which received a combined six Tony Award nominations.

Before solving crimes on Hulu, Short made a few appearances on Broadway. He made his Broadway debut in 1993 as Elliot in The Goodbye Girl. He would go on to star in two more plays, Little Me in 1998 and It’s Only a Play in 2015. In 2007, he also wrote and performed his own solo comedy show, Martin Short: Fame Becomes Me. Come to think of it, that’s an apt slogan for his Only Murders character, Oliver Putnam, too.

Does a show really nod to Broadway if Nathan Lane doesn’t appear? He guest stars in episode 3 as Teddy Dimas, Oliver’s former producer-turned-deli-owner with the best dips in town. His wall is peppered with posters of their (failed) collaborations, including A Doll’s House and Everyone Can Whistle in the Rain. (I, for one, would love to hear that mashup.) In a particularly hilarious exchange, he needles Oliver about all the shows he convinced Teddy not to invest in. Les Mis? Too much gloom. Mamma Mia!? Too much ABBA. Hamilton? Not enough “pizzazz.” Oof. One success Teddy does have, though, is his mustache. Lane sports a glorious one for the character.

When Oliver insults his landlady Bunny’s singing in the A Chorus Line scene (we'll get to that later), doesn’t he know she’s been in actual Broadway musicals? Houdyshell, who plays the hard-nosed landlady, has been on the Broadway scene for 15 years. She’s played Madame Morrible in Wicked, Mae Peterson in Bye Bye Birdie, and Hattie Walker in Follies (which earned her a Tony nomination). She’s also appeared extensively in plays, having earned another Tony nomination for playing Ann in Well and later winning a Tony for playing Diedre Blake in The Humans. She’s also set to play Mrs. Shinn in The Music Man later this year. Maybe if Oliver keeps dodging his payments, she’ll break out “Ya Got Trouble” in a later episode.

Ryan plays the endearing bassoonist Jan who strikes up a romance with Charles. Her real-life performance endeavors have been less musical, having performed largely in Broadway plays. Her debut was in The Sisters Rosensweig in 1993, and she went on to perform in Uncle Vanya in 2000 and A Streetcar Named Desire in 2005, both of which earned her Tony nominations for Best Featured Actress in a Play. I really hope she’s not the murderer — she’s got too many cool credits in real life and too many funny bassoon puns in the show.

Hoffman may only have a minor role as the crotchety Uma Heller in Only Murders, but she’s a big-time Broadway vet in real life. Her credits include Prudy Pingleton in Hairspray, Calliope in Xanadu, Grandmama in The Addams Family, Madame Dilly in the 2014 On the Town revival, and Mrs. Teavee in Charlie and the Chocolate Factory. She’s now about to appear on the Off-Broadway stage, starring in Douglas Carter Beane’s Shakespeare-meets-fables mashup Fairycakes from October 14. Talk about range!

Yup, Sting is Oliver’s neighbor in Only Murders. The real Sting, playing himself. Of course, he must sing, and he does more than once in the first four episodes alone. Sting breaks out a few of his Police hits plus a spontaneous original tune about Tim’s murder. Theatre fans know, however, that he also penned the music and lyrics for The Last Ship, a musical inspired by his childhood that played on Broadway in 2014. Here’s hoping he’ll break out some songs from that show in later episodes — “Dead Man’s Boots” or “Ghost Story” seem like they’d fit the tone.

Theatre references in Only Murders in the Building

Oliver, as a director, is the main fount of Broadway nods, but even beyond him, there are multiple moments in the show that are just plain theatrical. I can’t wait to see what more there will be when the next episodes drop.

When we’re first introduced to Oliver, we hear an internal monologue that begins: “‘NYC, what is it about you?’ Which of course is a line from a big hit show about an orphan. And don’t we all feel like orphans here at times?” Yeah, this guy’s a Theatre Director™ and this show is going to be as quintessentially New York as you can get.

To be more specific about Oliver: He’s an over-the-top, micromanaging caricature of a director. He’s years past his heyday and eight months past due on his building fees. The murder of building resident Tim Kono offers him the perfect opportunity to propel him back to success — now, if only Charles (Martin) and Mabel (Gomez) could recite their damn lines right, he’d actually have something here!

At the top of episode 2, Oliver and Charles are recording in a closet. Charles criticizes both Oliver’s writing and his overheated choice of a podcasting studio, and Oliver quips, “Oh, now you sound like Patti LuPone.” I don’t know about you, but if a director compared me to an iconic Broadway diva like her, I’d take it as a compliment in any context.

Narrowing down suspects is like casting a show. Specify the “type” you’re looking for and find someone with the right look and the chops to do the job. As Oliver ponders which building resident would make the most compelling murderer, the building gives way to an empty theatre, where all the suspects are lined up on stage in A Chorus Line-like fashion. Oliver assumes the role of Zach, weeding out everyone without the necessary “moxie.”

Where do the others come in? The concept of “criminals with moxie” sounds like Chicago to me. And Jayne Houdyshell’s character, Bunny, auditions with a refrain of “Pay your bills, pay your bills, pay your fucking biiiiiiills!” evoking Rent. Props to you, Only Murders in the Building, for working three great shows into one short scene.

The fictional Splash! was Oliver and Teddy’s biggest Broadway collaboration, the sure splash hit that ended up their biggest (belly) flop. Oliver stares dramatically into the distance as he tells Charles about its doom: He and Teddy poured money into the show, installing a pool, hydraulics — the works. But the hydraulics were faulty, a dozen actors dove into the pool … and they all got injured. “It caused three bankruptcies, two insurance investigations…,” Oliver says. It all sounds a little too reminiscent of a musical about a certain web-slinging superhero that, too, emerged with injured actors and negative reviews before the show even opened.

In episode 4, Charles breaks out his accordion and Jan her bassoon, and the two play in unison from their respective apartments. It’s sweet. It’s melodious. It feels like something that would happen in the world of The Light in the Piazza. It also reminds me of those Italian musicians that played from their balconies when the pandemic began, the closest thing to theatre we had for a while.

“All is Not OK in Oklahoma”

That’s the name of the true crime podcast (hosted by Tina Fey’s character, Cinda Canning) that Charles, Oliver, and Mabel are hooked on. All I could think was: Isn’t that just the premise of Daniel Fish’s 2019 Oklahoma! revival?