Best Actor in a Featured Role in a Musical

Who’s Ahead in the Tony Races? We analyzed the odds for "Best Actor in a Featured Role in a Musical!" 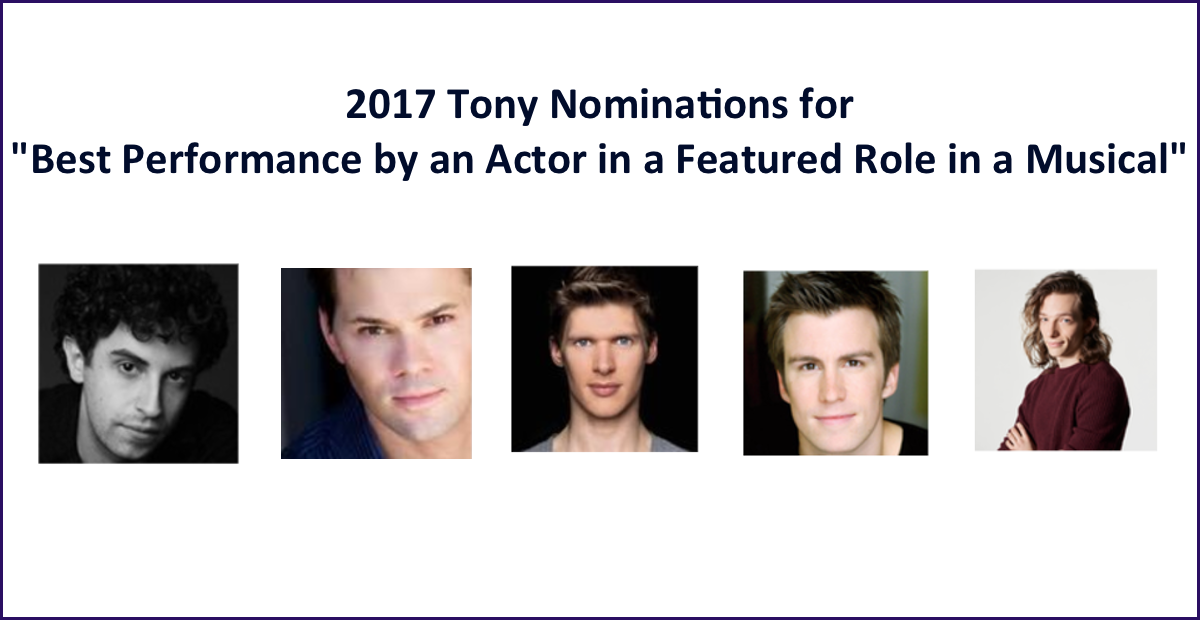 Working For Him: Creel has made his career playing romantics like Cornelius Hackl, an ambitious (if dopey) shop assistant who wants to make it big in New York. Yet even though we've seen him in similar roles – see also: “The Book of Mormon,” “Thoroughly Modern Millie,” and those TV movies about Eloise – his timing and energy here are especially sharp. It says something that even alongside Bette Midler and David Hyde Pierce, he still manages to stand out. Since this is his third Tony nomination – and his first since 2009 – voters may think it's time to reward a young leading man who's been doing good work for ages.

Working Against Him: Inevitable wins for Bette Midler and the production itself may convince voters to look beyond “Dolly” in this category.

Working Against Him: But is this role really big enough to merit a Tony nomination? This is arguably the most left-field nod of the year, and if he wins, it’ll be a huge upset.

(3) Andrew Rannells as Whizzer in “Falsettos”

Working For Him: Anyone who knows “Falsettos” knows that Whizzer – a gay man who dies of AIDS shortly after reconciling with his lover Marvin (and Marvin's family) – is a remarkably difficult role. He has to be sexy, confident, vulnerable, annoying, and terrified, and that's just in the song "Unlikely Lovers." In this revival, Rannells found all those nuances.

Working Against Him: He's competing against one of his own cast mates, and his show closed in January. Plus, Whizzer's big solo number ("You Gotta Die Sometime") isn't the strongest part of the “Falsettos” score.

Working For Him: As the sexy bad boy aristocrat who ruins a woman's reputation by seducing her with no plans of treating her right, Steele gets the juiciest male role in this show. While all the other guys are brooding, he's having fun, and that makes him stand out. Plus, a lot of famous people love his performance -- Patti LuPone and Ben Stiller have both praised him publicly -- which can’t hurt.

Working Against Him: However, Anatole doesn't have that one breakout song that people will be humming when they leave the theater. That might work against him.

(5) Brandon Uranowitz as Mendel in “Falsettos”

Working For Him: Like some kind of stage magician, Uranowitz made Mendel – the dorky psychiatrist who marries a woman after her husband leaves her for another man – a sexy, appealing guy. This is NOT how the character is usually portrayed, but it clarifies exactly why his new family flocks to him. Anyone who can reinvent a role like that is going to get votes.

Working Against Him: See everything above about Andrew Rannells, with the exception that Mendel's big solo ("Everyone Hates His Parents") is actually pretty awesome.

THE BOTTOM LINE: Show-Score Members believe that Rannells will take the prize, though Brandon Uranowitz should not be counted out. But since Creel's show is still running, he might just be the one to take home the Tony.

AND THE WINNER IS: Gavin Creel, "Hello, Dolly!"
<Previous    All Categories   Next>