Who’s Ahead in the Tony Races? We analyzed the odds for "Best Play!" 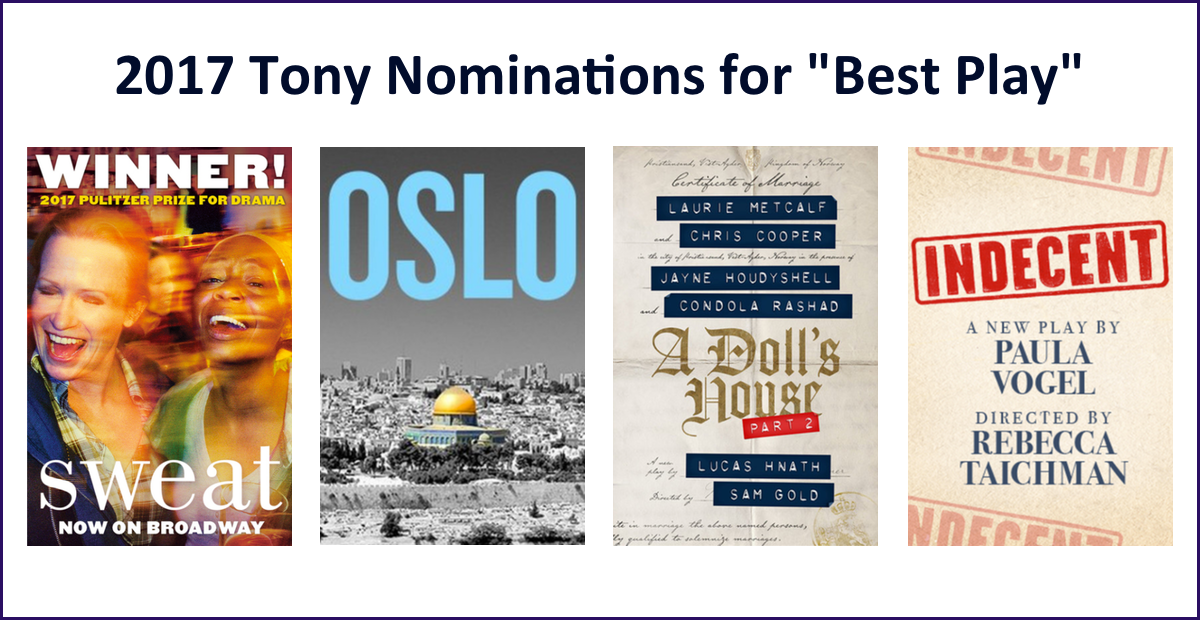 Working For It: It sounds like a doomed idea: Write a sequel to Ibsen’s classic play about a woman who leaves her oppressive marriage to strike out on her own. But Lucas Hnath’s exhilarating writing -- not to mention the tack-sharp production directed by Sam Gold -- injects the premise with social debate, modern resonance, and surprising amounts of humor.

Working Against It: Some voters might disagree with the play’s provocative arguments about feminism, marriage, and the roles of women in society.

Working For It: After three decades as one of America’s finest playwrights, Pulitzer Prize-winner Paula Vogel is finally on Broadway with this play about the true story of a Yiddish drama that was banned in New York City for being obscene. It’s just as imaginative and elegant as her previous work (like “How I Learned to Drive”), so voters may leap at the chance to reward her with one of the industry’s highest honors.

Working Against It: The lack of nominations for any of the show’s cast members suggests that support may be softer for Vogel’s play than some of the others.

Working For It: With his sprawling drama about the Israel-Palestine peace talks of the early 90s, J.T. Rogers found both the massive implications and the personal stakes in recent world events. His ability to translate complex arguments into fascinating theater is a rare gift. Plus, in a slate full of political plays, his may be the least divisive. After all, who among the Tony voters doesn’t want peace in the Middle East?

Working Against It: Of all the nominees, this is the one that has the most historical detail, which may leave some people wishing for more visceral action and fewer facts.

Working For It: Much like Paula Vogel, Lynn Nottage is finally on Broadway after years of exquisite work. Plus, this play, about factory workers facing the shutdown of their plant, just won a Pulitzer Prize (Nottage’s second). That stamp of approval, not to mention the play’s striking connection to the country’s current economic problems, may prove irresistible.

Working Against It: Some people feel that the beginning and ending of the play -- which show the aftermath of the central events -- are unnecessary. In a race this close, even a quibble that small could make a difference.

THE BOTTOM LINE: Who knows?!? In a remarkably good year for plays on Broadway, all four of these contenders have a legitimate claim to the prize. Indeed, this is one of the more divided categories based on Show-Score member predictions. However, the Pulitzer could give “Sweat” the final edge, but don’t be surprised by any outcome in this race.
AND THE WINNER IS: "Oslo"
<Previous    All Categories   Next>