Who’s Ahead in the Tony Races? We analyzed the odds for "Best Revival a Musical!" 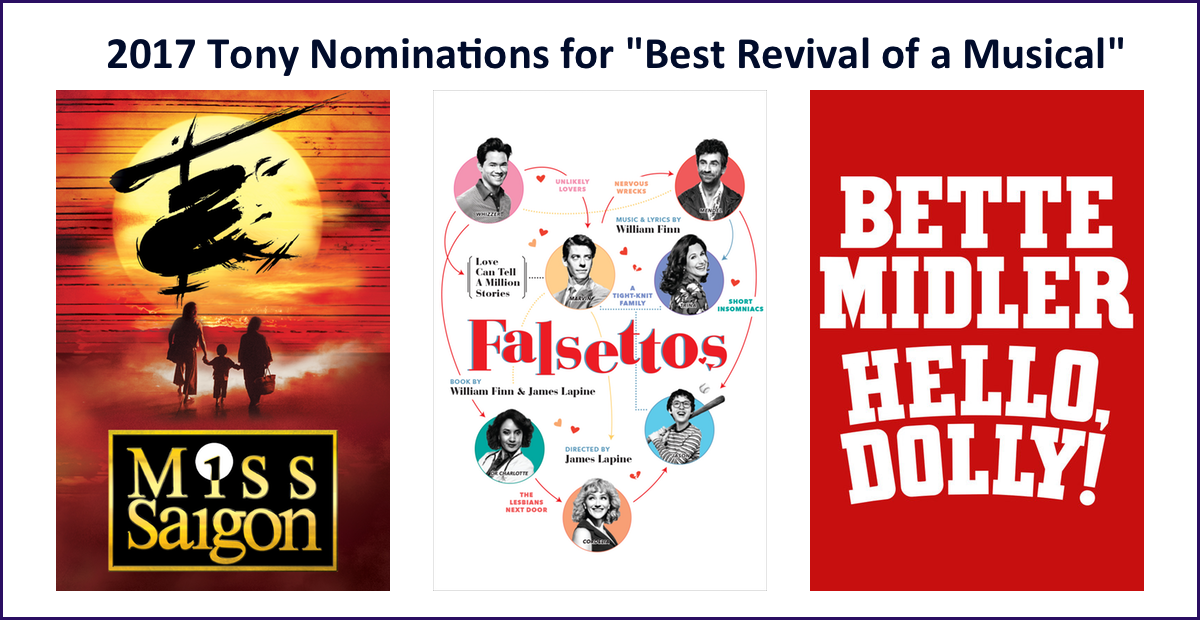 Working For It: The most serious revival of the bunch, this production kept the raw human feeling of the show intact, while also injecting a fresh sense of humor and vitality. It clarified that “Falsettos” is not only a show about the dawn of the AIDS epidemic, but also a testament to the power of family, however we define it.

Working Against It: The show has been closed since January. Unlike the other two nominees, it did not set the box office on fire.

Working For It: Perhaps you've heard that nobody can get tickets to this thing? Box Office counts in the prestige categories. Plus, Bette Midler's performance is making the entire affair seem like a capital-e Event.

Working Against It: There have been grumblings that the show is a little too corny for it's own good. That may push people toward the more serious revivals.

Working For It: Though it still has that helicopter, this revival has been praised for stripping down the stage spectacle and focusing instead on the stories of soldiers and civilians who are struggling to love and survive during the Vietnam War.

Working Against It: Many voters have read the recent articles about how this show's racial politics make it problematic in 2017.

THE BOTTOM LINE: Unless “Falsettos” pulls off a shocking upset, “Hello, Dolly!” is going home a winner.

AND THE WINNER IS: "Hello, Dolly!"
<Previous   All Categories    Next>
Previous
Next