Who’s Ahead in the Tony Races? We analyzed the odds for "Best Revival of a Play!" 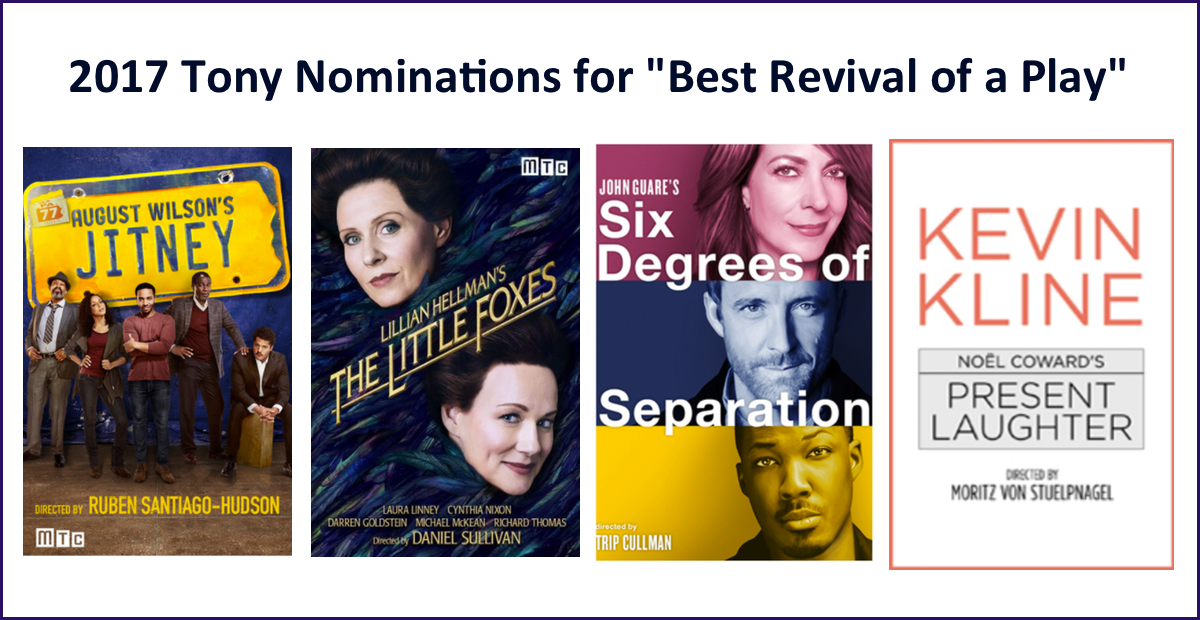 Working For It: The general consensus is that this first-ever Broadway production of August Wilson’s classic play about car service drivers had the strongest acting ensemble of the season. They worked together like a single body, and they made the community in the play feel utterly believable.

Working Against It: For all that, “Jitney” isn’t considered Wilson’s finest work, and since this production closed in March, it may have lost luster in voter’s memories.

Working For It: This revival is exactly as bawdy and trashy as it needs to be. The story of a Southern family tearing itself apart, Lillian Hellman’s play is unabashedly melodramatic, and the production proves how enjoyable that can be.

Working Against It: Then again, voters might hesitate to reward screeching good fun over more respectable fare.

Working For It: John Guare’s play about a young black man who scams his way into elite white society feels even more relevant and incisive than it did in the early 90s. By reminding us how vital the show still is, this production feels necessary, too.

Working Against It: The surprising lack of a nomination for star Allison Janney suggests that voters aren’t going to support it here.

Working Against It: This is an amusing trifle on a ballot of thoughtful dramas. Don’t expect it to win.

THE BOTTOM LINE: Though “Lillian Hellman’s The Little Foxes” got more nominations overall (and Show-Score members’ votes), look for “August Wilson’s Jitney” (which scored second among Show-Scorers) and its wonderful cast to get recognized here.

AND THE WINNER IS: "August Wilson's Jitney"
<Previous    All Categories    Next>
Previous
Next