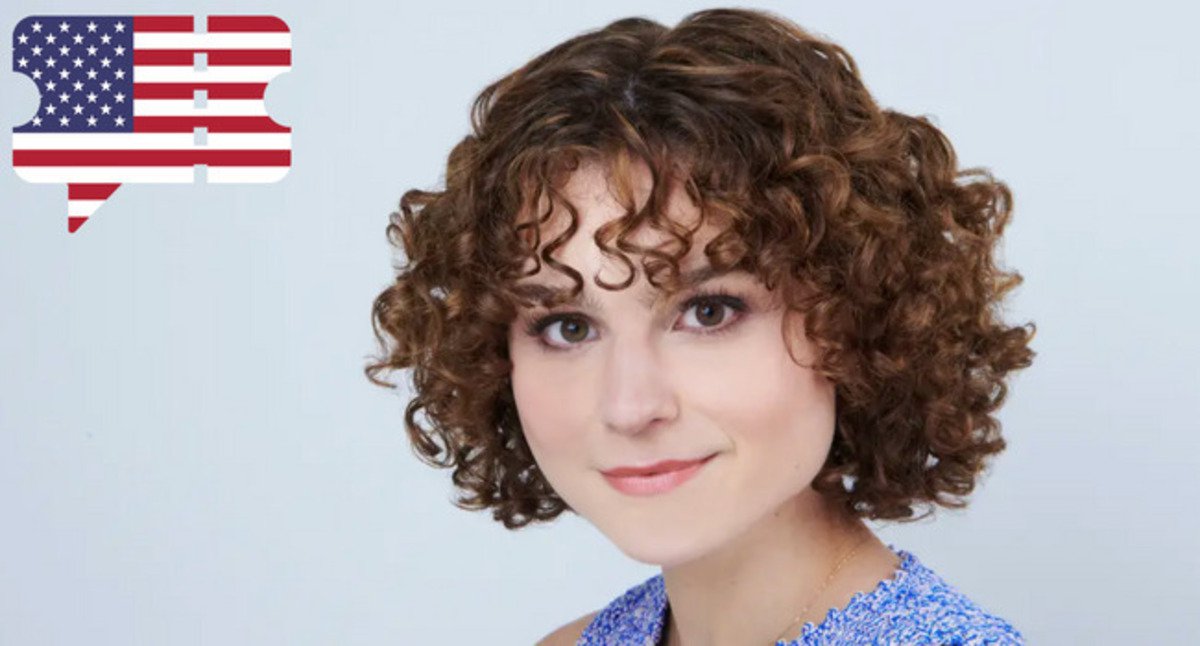 By now, Melanie Moore is a noted Broadway performer. She’s played Peter in “Finding Neverland,” Chava in “Fiddler on the Roof,” and Ermengarde in “Hello, Dolly!" But, as you can probably tell (especially if you recently saw her in the New York City Center revival of “A Chorus Line”), she is first and foremost a dancer.

In fact, the 27-year-old, who caught her big break as the season eight winner of “So You Think You Can Dance,” didn’t take her first acting class until this past January. But she’s never shied away from the challenge of more dramatic roles.

“I did the movement workshop and I sang for them,” she recalls of her "Fiddler" audition. “And afterward the director, Bart Sher, came up to me and said, 'Melanie, can you act?'"

She told him his guess was as good as hers. He asked her to read for Chava the following week, and then he gave her the part. “That was really my acting debut,” Moore explains. “Bart just took a chance on me.”

She also credits her early dance teachers “who instilled acting instincts in me." “They would never let me just do a step because it was cool. They were always asking ‘What are you saying with that movement?’”

Those questions are on her mind now that she’s gracing the stage of The Joyce Theater, the iconic dance-only venue in downtown Manhattan that hosts celebrated troupes like Ballet Hispánico and the Martha Graham Dance Company. She’s appearing alongside “Book of Mormon” and TodayTix Presents alum Matt Doyle in “Freddie Falls in Love,” a Broadway-style dance play, choreographed by Emmy nominee Al Blackstone. The show runs July 23-Aug. 4.

We talked to Moore about taking voice lessons, her dream musical theater roles, and all the reasons Broadway lovers should get excited about dance.

How did you get involved in “Freddie Falls in Love”?
When I moved to New York, my mentor [the choreographer] Mandy Moore told me to take Al Blackstone’s class. So I did and then I started working for him almost immediately. It was just a match made in heaven. I believe so wholeheartedly in what he does. But I did three Broadway shows back to back, so I didn't have much time to work with him, except for some side things. But “Freddie” came along three years ago when I was in “Fiddler on the Roof.” Al brought it to me and said he was thinking of me for the role and asked if I wanted to read the treatment. And I was going through something in my life that really spoke to it. And I just said, “I have to do this!”

What do you love about his choreography?
Al’s work is always story-driven. It's never just about making cool movements or pushing the boundaries of what a body can do. It's about telling a story and making people feel something without words — which is really hard to do because that’s how regular people communicate. Al is very good at suspending people's reality and making them believe that these characters would dance to express how they feel.

Can you give us a little preview of “Freddie Falls In Love”?
In “Freddie,” Al completely tells a story without any words, and you’re actually able to follow it, and you just fall in love with these characters. When we performed “Freddie” before [as a fundraiser for Dancers Responding to AIDS], everyone left the theater with the biggest smiles on their faces, and they were moved to tears, and they were laughing, and they had the most joyous and beautiful experience. I think that sometimes what we enjoy as “dance” can be sort of a downer. We do all these dances about death and dramatic things, but it doesn't always have to be about that. Dance can make you smile and make you feel alive. It doesn't always have to be contemplative of your existence in the universe.

Can you tell us about your character and what it’s like to play her entirely through movement?
So Matt Doyle plays the central character and I play his love interest. Matt’s character doesn’t dance at all — he is sort of stifled in this world where everyone else is able to express all of these things about themselves. It’s my job to be a catalyst and set in motion his journey to finding himself and his version of self-expression. My character has a lot of tough choices to make for herself, and I don’t know if it’s a spoiler but I do break his heart. Then he has to pick himself up and figure out that there is love out there other than the love that he anticipated.

Not all theatergoers have seen a lot of dance — or they may have seen some and think they don’t like it. Why should someone who loves Broadway go see “Freddie Falls in Love” or see more dance in general?
Usually, people who love Broadway shows love stories, and they love music, and they love suspending reality for a little bit in order to feel something. “Freddie” has all of those things — it just doesn't have words. So it would be like going to see a play if you’re a big fan of musicals. You might say: “I usually just love music, but this play was so touching.” Seeing dance — especially a performance like “Freddie” — is the exact same thing. We just don't talk. So there's music, and there's dancing, and there's acting; there's just no dialogue. I think for some people who love storytelling when they go see a ballet or contemporary dance company — unless they’re seeing something very narrative like “Sleeping Beauty” — they may not find what they’re looking for. They want something a bit more story-driven, rather than avant-garde or just beautiful bodies moving in space. That’s not what “Freddie” is. It’s about telling a story that almost everyone has been through on some level.

Can you tell us a little bit about how you made the shift from “So You Think You Can Dance” to Broadway? How did you go from being a dancer to also being a singer and actress?
So I actually took voice lessons when I was growing up, but I was really focused on dance. Then when I went to college and moved out to LA, I didn't take voice lessons for four years. But I wasn’t feeling fulfilled in LA and wanted to do live performance. So I moved back to New York and for a full year, I didn't audition for anything. I just took voice lessons twice a week because I didn’t ever want to be that dancer who would get in the room and they’d say “Oh God, she's great, but she can't sing.” So I really worked hard on my voice. And then I went back to auditioning and booked “Finding Neverland” on my second audition. It was a crazy, surreal experience. I'm super lucky that when I started auditioning it just sort of hit.

Did you start taking acting classes?

I started in January when I had some downtime after “Hello, Dolly!” closed. So, really I can only say that I have one class under my belt. Very crazy! But I've been super lucky that I've been working, so I haven't had much time. But I so enjoy it. I think because I grew up dancing, I'm such an expressive person with my body, but when you're playing a regular person, they don't move as much as I do when I talk or when I stand, so it's really fun to challenge my natural way of being.

Do you have any dream roles that you’d love to play on Broadway in the future?
I do. But a really huge dream of mine would be to originate a role that is as dance-heavy as it is acting-heavy as it is singing-heavy. There aren’t a whole lot of triple threat roles out there right now. I think sometimes people focus more on the acting and singing side and then the dancing is just “passable.” But there are people who can do all three. I know so many amazing performers who are in the ensemble but they would all be stars if you just gave them the chance to be stars. You see these people and you think, “How do you have that voice? How do you have those legs? How can you move like that? How can you act like that?” The people in the ensembles are some of the most talented people I've ever met.

Are there any existing triple threat roles that excite you?
Obviously Cassie in “A Chorus Line.” Debbie Reynolds’ character in “Singin’ in the Rain” is unbelievable. I also love what Robyn Hurder is doing as Nini in “Moulin Rouge.” She just played Cassie in the revival of “A Chorus Line” that I was in. She is a dancer, and a singer, and an actress. And I think her performance in “Moulin Rouge” is amazing. I'm definitely not right for that role, but I look up to people like her because she’s doing all three and there aren’t a lot of roles like that on Broadway at this moment. Maybe it’s time for us to get those triple threat parts!

Get tix to "Freddie Falls in Love" at The Joyce Theater.