Can “The Music Man” Speak to a Modern Audience? 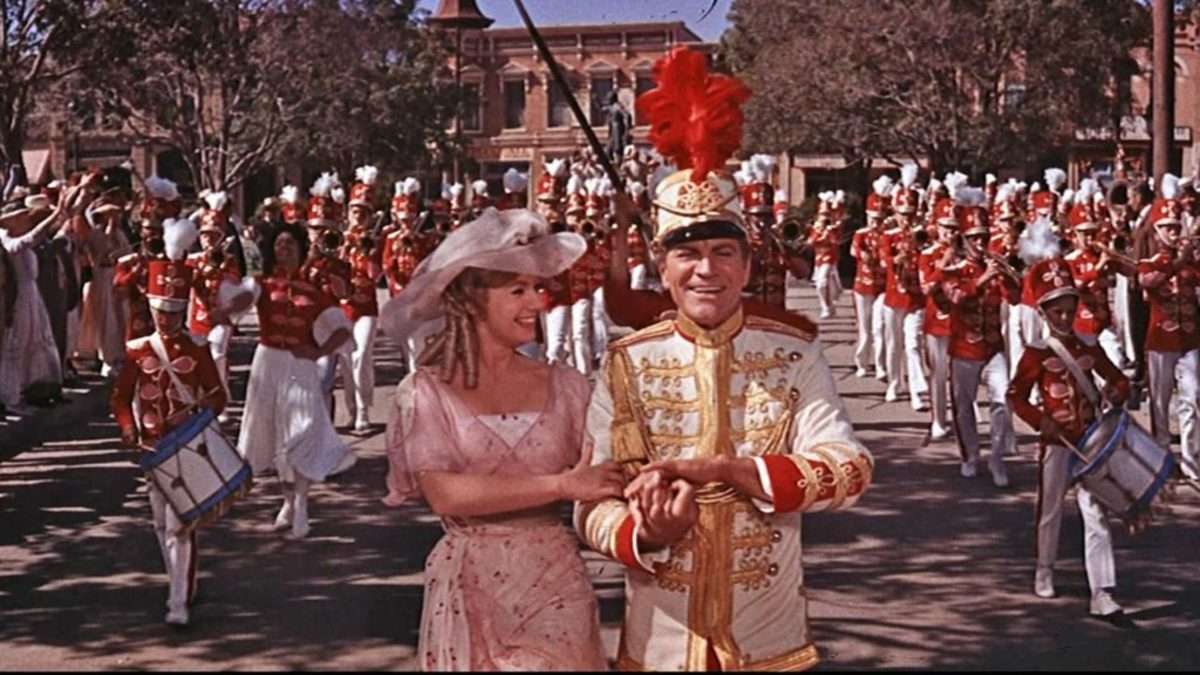 Fresh off his success with “Hello, Dolly!”, I believe director Jerry Zaks should set his sights on “The Music Man”.

He’s got the perfect track record. Back in 1992, Mr. Zaks directed a revival of “Guys and Dolls” which, like the current “Dolly!”, was a smash hit. Both productions garnered four Tony awards—including Best Revival of a Musical and Best Leading Actress.

Coincidence? Not for a director with a knack for revivals from “Anything Goes” to “La Cage Aux Folles”.

And Broadway is definitely “in the mood” for revivals. The upcoming season boasts two timeless musicals back on the boards: “Carousel” (director Jack O’Brien) and “My Fair Lady” (director Bartlett Sher). I can’t wait to hear more as we head into the fall. But I keep coming back to Jerry Zaks and a musical that Broadway hasn't seen since Craig Bierko made his name by starring in the 2000 revival.

I once asked a respected theater colleague to name the best American musical.

He’s not alone. I know people who come back to it again and again as audience members.  I know people who’ve been in the show and gush about the joy of telling its perfectly crafted story, or dancing a flawless “Shipoopi”.

Of course, nothing has universal approval, and “Music Man” has its share of naysayers. I have a friend with a beautiful soprano voice, and I’m constantly coaxing her to sing ingenue songs from my beloved golden era of Broadway. But she, like many people, feels those musicals were aimed at a too-specific demographic. “What I notice about a lot of Golden Age era musicals is that they tell stories about usually wealthy white people,” she says.

She’s right. More than half the characters in “My Fair Lady” are upper-crust, and the show as written is all-white. “Hello Dolly!” and “Guys and Dolls” pose the same demographic challenges.

But modern masterpieces like “Hamilton” have taught us that good writing and great stories should be performed by everyone. Mid-century musicals are no exception. Right now, Maryland’s Olney Theatre is producing “My Fair Lady” with an African-American actress (Brittany Campbell) in the role of Eliza. She’s an incredible performer who resembles a young Audra McDonald in spirit and vocal talent. Back in 1994, Ms. McDonald herself wowed audiences and won her first Tony for playing Carrie Pipperidge in “Carousel”, a part written for and traditionally given to a white actress.

“The Music Man”  holds incredible potential for representation. It’s a love letter to regular folks--a story that unfolds in an average town with average Americans who are as diverse and individual as writer Meredith Wilson could make them.

In fact, the only “identity” that holds River City, Iowa together is sheer mule-headedness. They proclaim their credo in the iconic “Iowa Stubborn”:

And we’re so by God stubborn

We can stand touchin' noses

For a week at a time

The people of River City are upright, downright Americans—like any citizens today who stand unflinchingly by their beliefs. Any performer can capture that spirit.

As a theater artist myself -- I’m currently in the acting program at the University of Illinois (Urbana-Champaign) -- my goal is to show people that these old chestnut musicals can be relevant, funny, and profitable. The “Hello, Dolly!” revival is what I deem a perfect blend of art and commerce (and with a score of 91, Show-Score members agree). “Dolly!” was the “Hamilton” of 1964 and as The Divine Ms. M said in her Tony acceptance speech: “’Hello Dolly!’ never really went away; it has been here all along”. What I love about that statement is that it reminds us a piece of art like “Hello, Dolly!” has the power to move the most skeptical theatergoer today. These musicals were epoch-making productions back then, and they continue to do something right.

I pitched a “Music Man” revival to my friend Jane (she’s played both Amaryllis and Mrs. Paroo), and I asked who she would cast as the canny Professor Harold Hill today.

Now that’s exciting. The charismatic performance (and box office draw) of Miranda with Jerry Zaks’ brilliant eye? We might be on to something.

But that’s just my thought.