Cooking For Presidents and Cannibals

Former White House Pastry Chef Bill Yosses gives us the inside scoop on transitioning from the Beltway to Off-Broadway. Find his delectable edibles at “Sweeney Todd” at the Barrow Street Theatre. 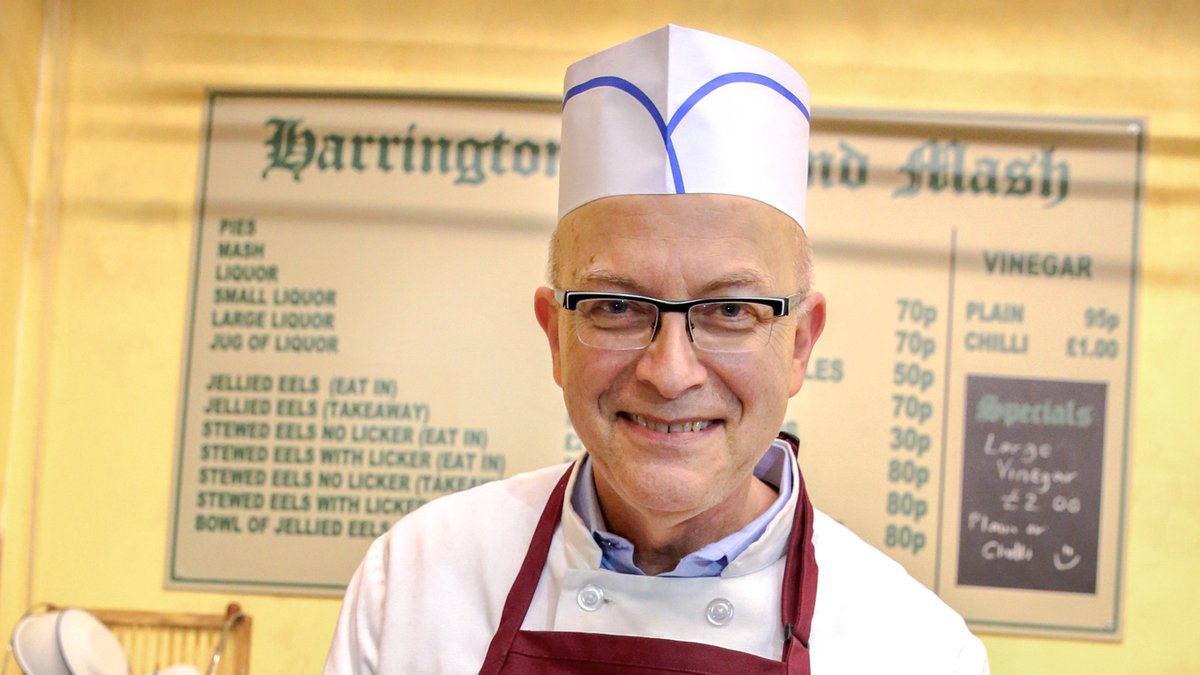 Bill Yosses on the set of 'Sweeney Todd' | By Joan Marcus

Yosses spent eight years in D.C., joining the White House staff in 2006 under President George W. Bush. Dubya called him “The Pastry Man,” and as Bill recalls, his favorite question was, “Do I get ice cream with that?”

Surprisingly enough, that time has proven valuable to Yosses’ current work providing pastries for “Sweeney Todd,” Stephen Sondheim’s witty horror musical about a murderous barber and his deranged love interest, Mrs. Lovett. She runs a pie shop and eventually bakes Sweeney’s victims into the filling, so it’s a very dark joke indeed that the current production takes place in a working pie shop.

Yosses -- or Bill, as he prefers to be called -- sees a connection between his two gigs. “The White House is a show,” he says. “Everyone’s behavior or interactions with the press are carefully thought out. You are given talking points, but it’s understood that you could say the wrong thing and there could be consequences.”

The theater of politics was evident from the moment Bill joined the White House team: “Everything in the Obama and the Bush administration was very scripted. Was very controlled. For some reason they didn’t want to say anything [about my hiring] because someone had quit very suddenly. It wasn’t a very popular time for the administration. They were like, ‘Bill, we want to hire you, but we are going to play it like you are a holiday chef.’”

The scripting also included intense training for interactions with the public and the press: “We had four sessions a year that were mandatory to attend on ethical behavior for federal employees,” Bill recalls. “I was a cook. Imagine what the chief of staff had to go through! We had to do playacting, role playing. It was held by the legal counsel to the President. That’s the level of detail and concern they had.”

So how did the man that President Obama nicknamed “the Crustmaster” find himself baking for the cannibals at Barrow Street? According to Bill, all it took was a simple ask:  “When I came back to New York, I started this pie business, and it appeared in the press,” he recalls. “That week Rachel Edwards, who is the producer of this show in London was in New York looking around for a venue. She called me and she asked, ‘You have a pie shop, can we do our show there? I told her ‘It’s in Long Island City: I don’t think you’re going to get a lot of people come out to Long Island City.’ So they found Barrow Street, but they kept me on as the pie chef.”

Because audience members at “Sweeney Todd” have a chance to buy pies and eat them in the theater, Bill has to be prepare a massive amount of food every day. He starts cooking hours before anyone from the cast or crew arrives at the theater. The pies are kept in an oven at 150 degrees, so they come out warm and with Bill’s signature flaky crust.

If you can’t make it to the show, then you can bake your own perfect pie with a few pointers from Bill: “Use unbleached flour of a good brand,” he says. “I like King Arthur. Use butter, not shortening, and cut the butter pieces very small and cold. The reason for that is that you don’t develop the gluten when the butter is cold, and you mix the flour and the butter first. Then you add the water. You add it very cold, even ice water, and work it as little as possible; preferably by hand. Don’t forget to salt. Here’s something that we do at the shop and most books don’t say: you fold the pie dough a couple times, like a letter fold. We do that with the dough; it adds layers and flakiness.”

A recipe is also a script, of course, but Bill doesn’t mind improvising here and there. In fact, he finds a lot of freedom in his new job, compared to his last. As he says, “It seemed like just a great way to free myself from that sort of [scripted] life, to embrace cannibalism.”

For more on Bill, visit his website Perfect Pie. And don’t forget to score “Sweeney Todd.” Members love it, and they’ve given it a score of 89.