Looking for an escape on election night? Some of us at Show-Score HQ are too. So we've partnered with Red Bull Theater to meet up at the election night performance of "Coriolanus." Join us for a night at the theater and drinks and conversation following the show! 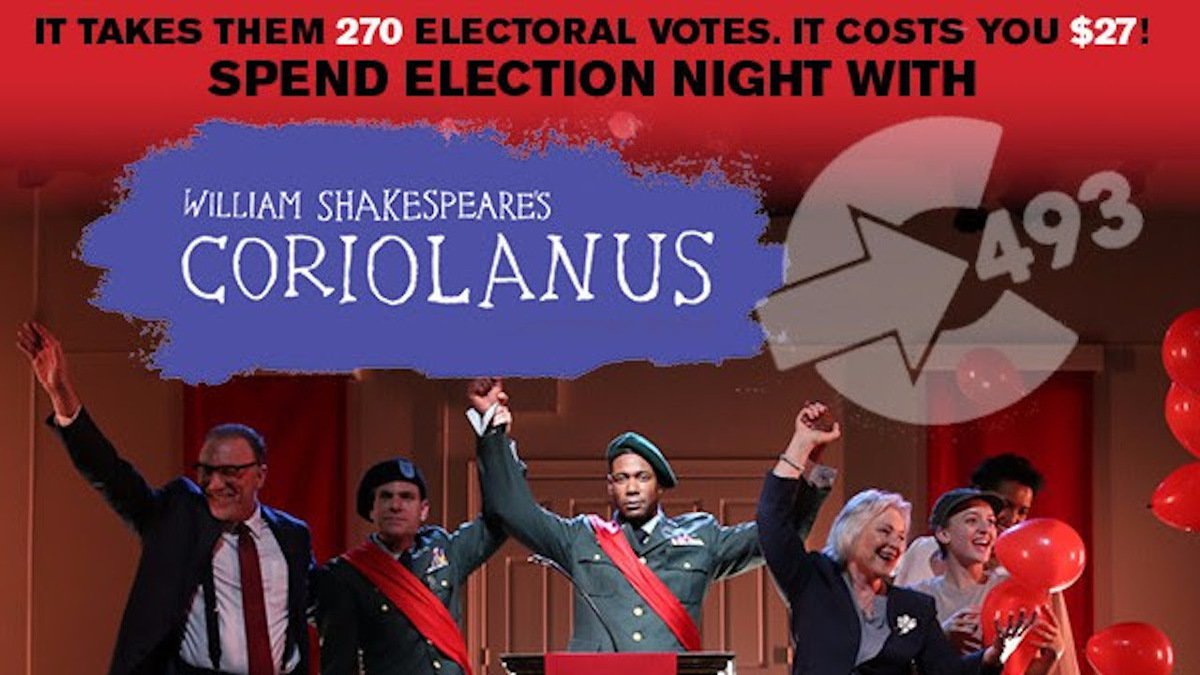 The streets are full of protest. Economic inequality strains the social fabric. What we're describing is an election year... in Rome, 493 B.C.E.!

We hope you'll join us at Red Bull Theater for their production of Shakespeare's "Coriolanus," which is trending with a ShowScore of 84. Since sometimes you just need to escape from the madness, we've organized a member meet up at this, altogether different, political drama.

Tickets are normally $80, but on election night, Show-Score members can get them for $27—that's a 66% discount!

Afterwards, we'll all go to a nearby bar with Show-Score founder Tom Melcher and enjoy a post-show drink and conversation.