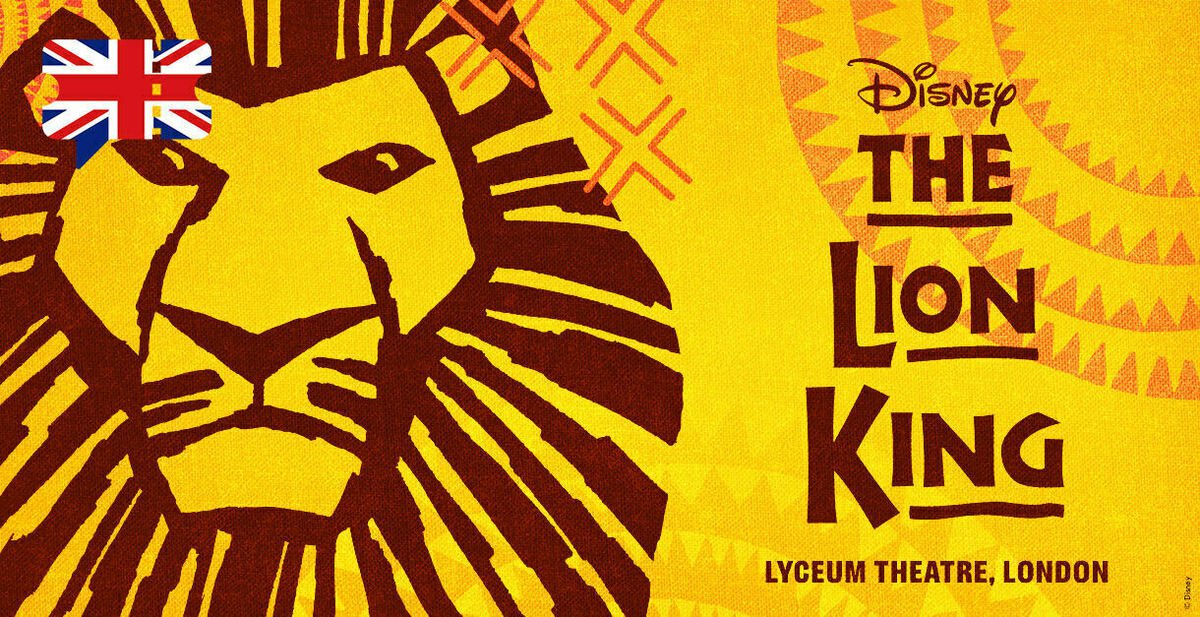 Have you seen Disney's The Lion King in London's West End? Be sure to score the show & read what others thought about the show on Show-Score!

When did The Lion King open in the West End?

The West End production of Disney's The Lion King officially opened on 19th October 1999 at the Lyceum Theatre, where the show remains to this day.

How long is The Lion King the Musical in London?

The Lion King the Musical has a running time of 2 hours & 30 minutes, including a 20-minute interval.

Which London theatre is The Lion King playing at?

What is The Lion King the Musical about?

Based on the Academy Award-winning 1994 animated feature film of the same name, Disney's The Lion King follows young lion cub Simba, who is next in line to be king of the pride lands. But when his father tragically dies, Simba runs into exile, beginning the adventure of a lifetime. Featuring classic songs such as 'Circle of Life', 'I Just Can’t Wait to Be King', 'Hakuna Matata' and 'Can You Feel the Love Tonight', The Lion King the Musical tells this beloved story with unique puppetry and visual effects.

What age group is Disney's The Lion King in London suitable for?

The recommended viewing age for The Lion King the Musical is 6 and above - children under the age of 3 will not be admitted into the theatre.

What do you wear to The Lion King the Musical in the West End?

There is no dress code for Disney's The Lion King or any other West End show - wear anything you feel comfortable wearing to the theatre! Jeans and trainers are perfectly acceptable, though many theatregoers opt for a smart casual dress code, particularly for evening performances. Want to know more about London theatre etiquette? Check out our blog that answers 10 FAQs about going to a London theatre show!

What do audiences think of Disney's The Lion King in the West End?

Theatre critics and audiences generally have positive things to say about Disney's The Lion King. In a 2014 review, The Telegraph's David Gritten stated that even “15 years on, it still works brilliantly...It’s easy to overlook what a radical piece of theatre ‘The Lion King’ is, and always was", with the Guardian's Michael Billington stating that "The plot is thin, the musical numbers bland – but Julie Taymor's production remains kaleidoscopically brilliant".

Check out what some real audience members thought about their trip to Pride Rock below!

See it if You enjoyed the films or anything else by Disney. It's a real spectacle. This has the most amazing costumes you'll ever see in the West End!

Don't see it if You weren't a fan of the films or not into Disney. Also, don't go if you're not a fan of children in the audience. There'll be hundreds.

See it if One of the most amazing shows I've seen, perfect from start to finish. Everything about this production was top-class!

Don't see it if You're not prepared to pay a lot - tickets are really expensive however I would say its worth it. Even the cheapest seats have a great view!

See it if The show is a beautiful disney family show for the who family to enjoy. I would say it is perfect as an introduction to theatre for children

Don't see it if The show has been running a long time now, there are perhaps more contempory, dynamic performances running.

See it if You love the lion king and have children who will love it too.

Don't see it if You are expecting it to stay at the level of Circle of Life. I just can’t wait to be king was fun but not as incredible as the first song.