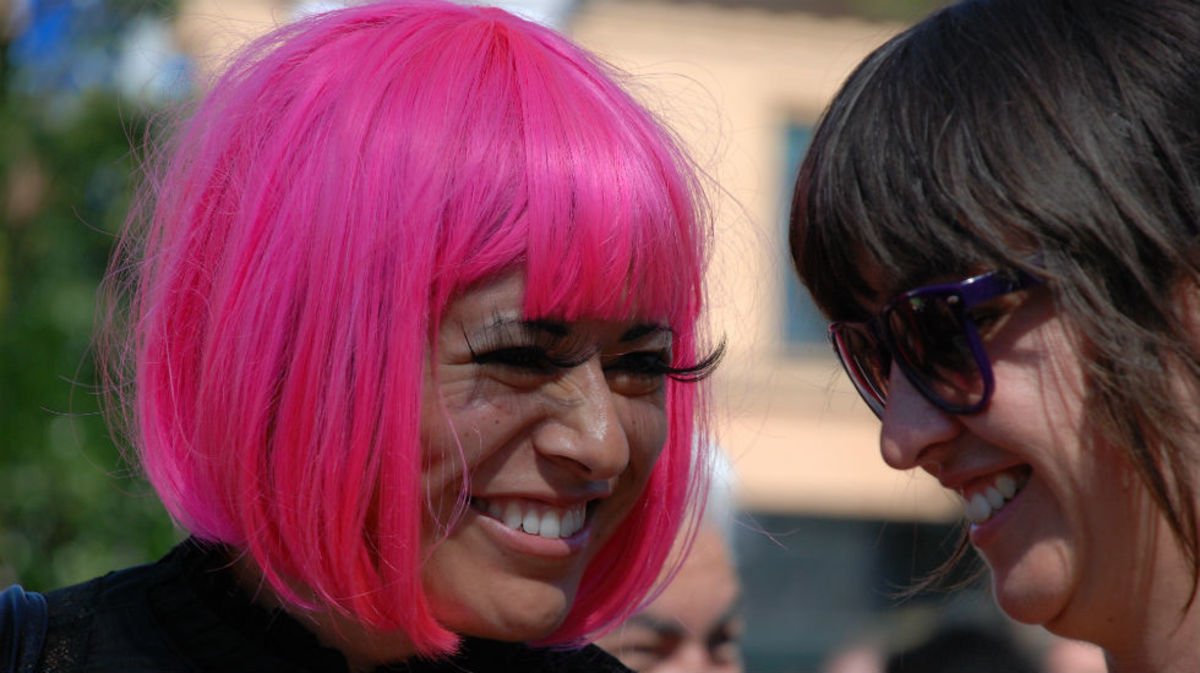 With Hillary Clinton as our country's first female Democratic presidential nominee, and increased awareness and outrage over issues like the gender wage gap and rape on college campuses, 2016 is shaping up to be a game-changing year for us ladies. So it's no wonder that the societal roles we play as women are being explored in a number of FringeNYC productions. Some sound hilarious, like a quartet of female clowns navigating a mysterious universe; others harrowing, including shows about violence against women, prostitution, and the struggles of motherhood.

Scroll down to learn more about these shows, or click here to see all FringeNYC shows.
Note: Shows are organized in ShowScore order, and productions are removed once they close.
Already closed

Part of FringeNYC: A producer’s life goes off-script after one son is diagnosed with autism, another yearns to be a princess, and her hair catches fire! Doreen's funny, heartfelt story about accepting those you love, even when they’re not what you expected.

GIRLS WILL BE GIRLS (FringeNYC)

Part of FringeNYC: Turns out, high school boys aren't the only ones trying to get laid. Filthy, funny, and relentlessly honest, GWBG is a coming of age story about best friends navigating their newfound sexuality in the digital age. World Premiere!

FROM THE ARTIST:
Turns out, high school boys aren't the only ones trying to get laid. Filthy, funny, and relentlessly honest, this provocative new play follows four New York teens as they stumble towards the brink of womanhood. Together they do their best to navigate their newfound sexuality, autonomy, and all that it means to grow up girl in the digital age.

This is unapologetic girlhood... and it isn't always pretty.

The Night of Blue and Salt (FringeNYC)

Part of FringeNYC: Young love, a professional medical surgeon, whispers, a manic wife, a pool, a baby, Virginia Woolf, sauce, suicide, a psychic, death, a minnow, and one blue night tell the story of how love alters through the course of marriage and loss.

FROM THE ARTIST:
The Night of Blue and Salt follows WIFE and MAN, a couple who's young love rusts into a seemingly hopeless fate. WIFE, full of magic and manic, longs to be a writer, often speaking in lines of Sylvia Plath and Virginia Woolf. MAN, full of knowledge and numbers becomes a surgeon, speaking mostly in medical jargon and statistics. When WIFE and MAN endure the tragedy of losing their baby girl, their lack of communication is ultimately their greatest downfall. Written in the style of Theatre of the Absurd and riddled with dark humor, WIFE gradually dismantles the shackles of domesticity and a loveless marriage to be the dramatic feminist ingenue she always longed to be.

All Together Now (FringeNYC)

Part of FringeNYC: An immersive experience: Only 20 audience members per show. Lie down for projected videos and uncommon intimacy. Animation plays a dreamscape overhead as this psychologist and Virginia Woolf scholar tells a story of love, betrayal, redemption, and...marrying a man just like Daddy.

FROM THE ARTIST:
An intimate audience of twenty lies down in a handmade tent for highly imaginative storytelling that evokes a proud and fantastical escape. Lying with strangers is electrifying, and recollects sleepovers in the backyard, with the awed stargazing of those nights. The writer and performer of this one-woman show, Ilana Simons, is a psychologist, literature professor, and animator who wrote this psychologically-rich narrative after her divorce, as a way to name childhood longings, or to learn why she married a man just like her father. She stitched the cloth walls of this tent and animated the intricate videos that project onto them. Simons embeds herself in the tent alongside her audience members to deliver an uncommonly evocative and beautiful reverie of love and loss.

Ilana Simons is a clinical psychologist, Virginia Woolf scholar, and animator. She is the founder of Tin House Reels, an online site for short videos at Tin House magazine and a writer for Psychology Today. Her short animations have premiered at Sundance and been featured online at sites like Hyperallergic and Electric Literature, where her short animated film about Haruki Murakami garnered 30,000 views. She is the author of A Life of One’s Own: A Guide to Better Living through the Work and Wisdom of Virginia Woolf (Penguin), and collaborated with Alain de Botton on his Great Writers series. She has performed her work at The Flea, the Nuyorican Poetry Café, and the Moth and lives in Brooklyn.

Features artistic contributions from Eamonn Farrell, director and media designer of Anonymous Ensemble, who has worked extensively with Mabou Mines, Jessica Scott, and with theaters like HERE.

This is an immersive show with a limited number of audience members let in each night. a special storytelling experience.

Eve and Her Neighbors (FringeNYC)