This App Can Help You Win Hamilton Tickets

Show-Score | By Samantha Dupler | Jun 15, 2016
This app will make sure that you do not throw away your shot to win "Hamilton" tickets. 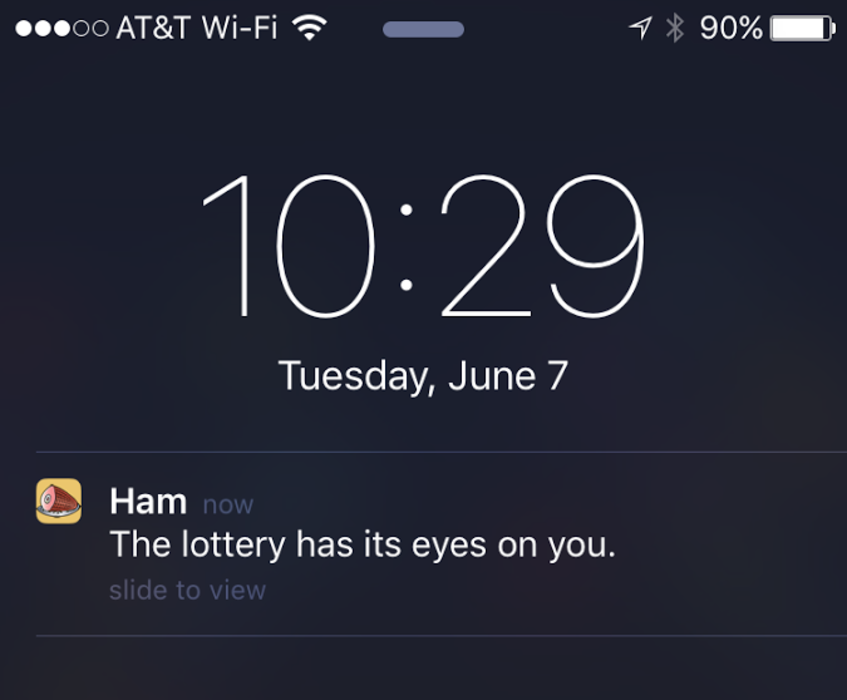 You've listened to the cast recording. You've hit the replay button on every clip available on the web. And now, the only thing standing in the way between you and a "Hamilton" ticket is the cruel reality of record-breaking ticket prices.

(If you've got a cool 1k to spare, you can still catch tonight's performance)

In bleak times like this, entering the ticket lottery and praying for a win becomes somewhat of a ritual: and thanks to theater fan and app developer Lukas Thoms, it's easier than ever to get yourself in the running.

He created a tool simply known as "Ham App" to make sure "Hamilton" fanatics never throw away their shot to win front row tix. The app works by sending out helpful push notifications every morning when the lottery opens up, usually in the form of a "Hamilton"-themed pun, to remind you to enter.

(Some of my personal favorite notifications. And yes, the icon really is a literal ham.)

The app also remembers and AutoFills all of your personal info, including your name, address, and how many tickets you'd like, so you're able to enter the lottery within a matter of seconds! Since I've downloaded Ham App last month, I haven't missed a single day of entering the lottery, giving me the potential to actually win.

Unfortunately, my name has yet to be drawn, but that's alright. I'm willing to wait for it.

("My chance to be considered for the lottery is the one thing in life I can control!")

Have you used Ham App? Or have you ever won the "Hamilton" lottery? Let us know in the comments!