How to Avoid the Crowds, Naked People, and Elmos in Times Square When You're Heading to a Show

These "secret" passageways in the Theater District will help you avoid the jam-packed avenues the next time you're in the area. 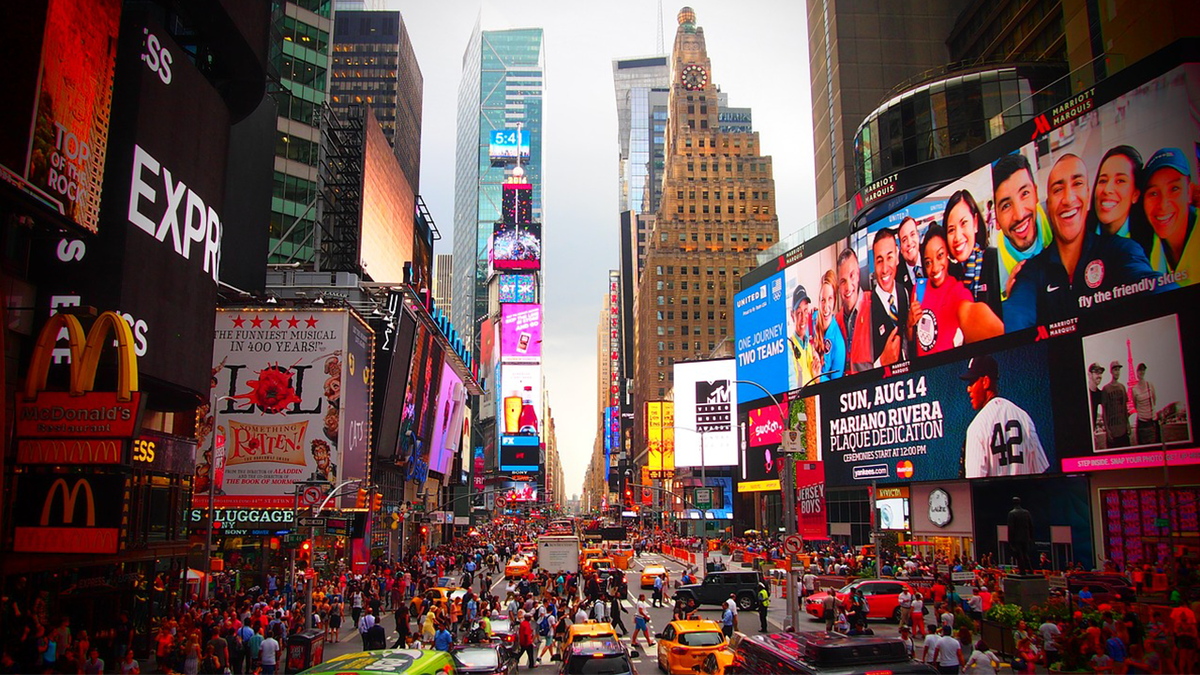 There are 41 Broadway theaters, and 34 of them are located from 41st to 54th Streets between Broadway/Seventh and Eighth Avenues. That's a lot of audience members frantically trying to get to shows while dodging gawking tourists, ratty costumed characters, rap CD peddlers, "do you like comedy?" pushers, tour bus hawkers, annoyed office workers, and "desnudas" (aka, all those body-painted naked people).

The good news is, most of these unruly hordes stick to the avenues: Seventh, Eighth, and Broadway. So the next time you're on your way to a performance, all you need to do is avoid those thoroughfares.

And fortunately, there's an easy way to do that: walking through the "secret" mid-block passageways that connect many of the streets between between 41st and 51st.

To be fair, most of these walkways aren't hidden, so anyone is free to use them. But since most folks don't know they exist, they tend to be much less trafficked than the avenues. A few of these passages are actually hotel lobbies, so you run the risk of being stopped by staffers. But in my multiple decades of theater-going (plus five years as a messenger for a Broadway ticket company!), I've never been thrown out of these buildings. Just walk through like you belong there and you should be fine.

41st to 42nd Streets between Seventh and Eighth Avenues
There are two options: The lobby of the Hilton Times Square Hotel spans the entire block, but if you're worried about getting stopped by the concierge, the McDonald's is a better bet since it has entrances on both streets. You just have to contend with the smell of those fries, which is delicious/nauseating depending on your point of view. Bonus: This route leaves you right next to the New Amsterdam Theatre.

42nd to 44th Streets between Seventh and Eighth Avenues
Unfortunately, you're out of luck on these blocks. Although there are some buildings that go straight through (like the Lyric Theatre from 42nd to 43rd Streets), you can't just walk into them (not without a ticket to the show!) However, it's good to note that there is a pedestrian walkway from 42nd to 43rd Streets between Broadway and Sixth Avenue adjacent to 4 Times Square, which leaves you right next to the Stephen Sondheim Theatre, one of those rare east-of-Broadway venues.

44th to 45th Streets between Seventh and Eighth Avenues
There are two options here. Shubert Alley is a favorite shortcut of folks in the biz. The one downside is that it's uncovered. When it's raining, try cutting through the indoor walkway of the Minskoff Theatre. Be warned: You'll have to dodge legions of ticket holders lining up for the perpetually sold out Lion King. Plus, there are always lots of people smoking in here!

45th to 46th Streets between Broadway and Eighth Avenues
The Marriott Marquis has a public passageway, but be sure to stick to the sidewalks! Cabs and vans are constantly driving in here to pick up or drop off guests, so avoid walking in the street.

46th to 47th Streets between Broadway and Eighth Avenues
The Hotel Edison goes through the entire block, but non-guests probably shouldn't be traipsing through the lobby. That said, I've done it lots of times without a problem, so if you're desperate there's no harm in trying.

48th to 49th Streets between Broadway and Eighth Avenues
Unfortunately, after September 11, Morgan Stanley closed its public passageway connecting 47th and 48th Streets, so you're out of luck between those two blocks. But the Crowne Plaza Times Square has a public passageway between 48th and 49th. Like the Marriott Marquis' through-way, stick to the sidewalk as cars often drive in. Also note that due to a bench-like ledge that's perfect for perching, it's a very popular smoking spot.

50th to 51st Streets between Broadway and Eighth Avenues
Sadly, there's no way to avoid the avenues when walking from 49th to 50th (or vice versa). But the adjacent Gershwin and Circle in the Square Theatres have a passageway that allows you to walk from 50th to 51st Streets. Again, cars drive in here so stay on the sidewalk, but this shortcut is one of the more spacious ones so there's plenty of room for everyone — even all the ticket holders lining up for Wicked.

Of course the Theater District isn't the only NYC neighborhood where you'll find "secret" walkways. They abound in Midtown Manhattan, with the most famous (and funky!) being 6 1/2 Avenue, a series of pedestrian passageways from 51st to 57th Streets between Sixth and Seventh Avenues. They even get you to more theaters: New York City Center and Manhattan Theatre Club's Off-Broadway venues. Now you're navigating NYC like a native!