John Lloyd Young Offers an Insider's View at His Life, Work and Perspective on the Arts

Want to know what Tony and Grammy Award winner, John Lloyd Young thinks about the arts in today's political environment? How he keeps his voice healthy, even in winter? What fans will be wowed by in his new show at the iconic Cafe Carlyle? He answered these and more for Show-Score. The story is below! 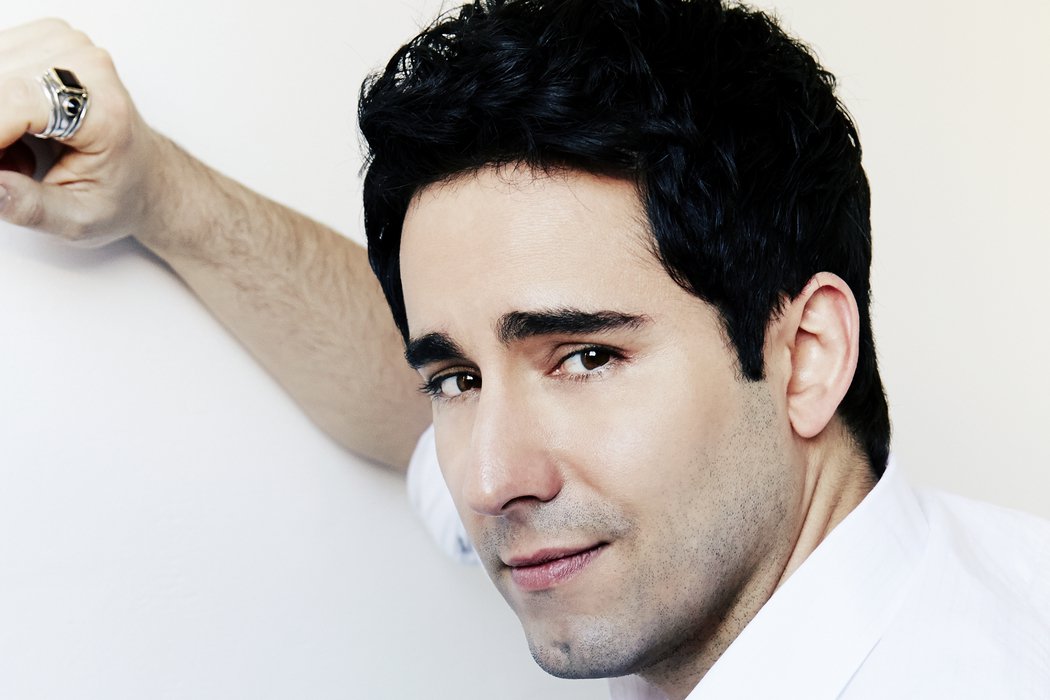 Tony and Grammy Award Winner, John Lloyd Young returns to the Cafe Carlyle tonight through February 25th with a brand new show, "Here For You". We recently caught up with the beloved star of "Jersey Boys" on Broadway and the film (directed by Clint Eastwood). We learned more about his return to the Carlyle and got his tips for keeping his unique, powerhouse voice healthy during the winter months.

Appointed to the President's Committee on the Arts and Humanities in 2013, Young also gave us some perspective on the arts in today's political environment, and more.

Check out Young's answers, paired with personal photos, below!

We were excited to hear that you're returning to the Cafe Carlyle with a brand new show, having been there last in February, 2016. Can you give us some insight into how you approach putting together a new show? And, what fans can expect from "Here For You"?

John Lloyd Young (JLY): I do a set at home in Hollywood once a month at the Federal Bar. We have a loyal following there of familiar faces who are a great test audience for new material. Since playing the Carlyle last year, my music director Tommy Faragher and I are bringing a good deal of the material -- that has gone over well back home -- here to New York. I've sung songs in four languages, I've added a new one this year...I'll be debuting a song in that language this time at the Carlyle.

We recently interviewed Frankie Valli, who shared his positive view on "Jersey Boys" closing its Broadway production. How did you feel about the closing, and what are your thoughts on how it will live on?

JLY: Movie musicals last forever and so do cast albums. There are millions who saw the live show but even more millions who have seen, and will see, the Clint Eastwood movie. "Jersey Boys" was a major phenomenon on Broadway and it was thrilling to see the fan base grow. But I never got as many letters from as many far corners of the world than when the movie came out. The movie cast and I even had an invitation to the White House to sing for Prime Minister Abe of Japan.  Don't forget, too, that Eastwood prioritized casting actors from "Jersey Boys" stage productions [around] the world. Our interpretations live on in the film. It doesn't seem "Jersey Boys" is going away anytime soon, and I feel so privileged to have been able to do the Broadway show, the film and the album. What a ride!

With organizations forming like "The Ghostlight Project" and the "Concerts for America," we've seen an outpouring of political action from the arts, as well as concern over what the arts will mean in our current political environment. As a member of the President's Committee on the Arts and Humanities (appointed by President Obama), what is your view on the immediate and continues future for the arts?

JLY: I just returned from a week on the Hill lobbying to protect the arts at the National level. I think you're going to be surprised how much the new administration supports the Arts. Stay tuned.

Winter can be especially rough on a performer, and at least here in New York there's been quite a few illnesses going around. What's your secrets to keeping your voice healthy -- which New York Times' Stephen Holden said is a "falsetto that [you, John] can direct through the stratosphere"?

JLY: It's tough. Fluids, rest, exercise and a good diet are key. But doing the show for two years straight on Broadway taught me all the tricks I need to know to sing even through a cold. And age has taught me the most important lesson: sometimes if you have the humility to let the audience know you're singing through a cold, it can become a fun experience in itself. We're all people, imperfect, and it's great to be in a room together celebrating music even if I'm sounding less like clear-as-a-bell [Roy] Orbison and more like rough-and-tumble Joe Cocker.

You're also an accomplished visual artist; we ate up your "Food For Thought" collection, which you debuted in 2010! Can we look forward to any new works soon?

JLY: I've been doing Warhol-inspired society portraits of late. There are about three dozen soup can "SOUPerstar" portraits out there of friends and idols from Clint Eastwood to President Obama. I have a letter from Mr. O with thanks for his portrait and have heard the rumor that it will be in the collection at the Obama Presidential Library in Chicago. Wanna take a trip with me to see it?