We reconnected with Evan V, one of our winners from last year's Predict the Tonys. He guessed the most categories correctly and shared a portion of the 1 Million Audience Rewards ShowPoints grand prize. Check out how he spent his winnings and his advice to this year's players. 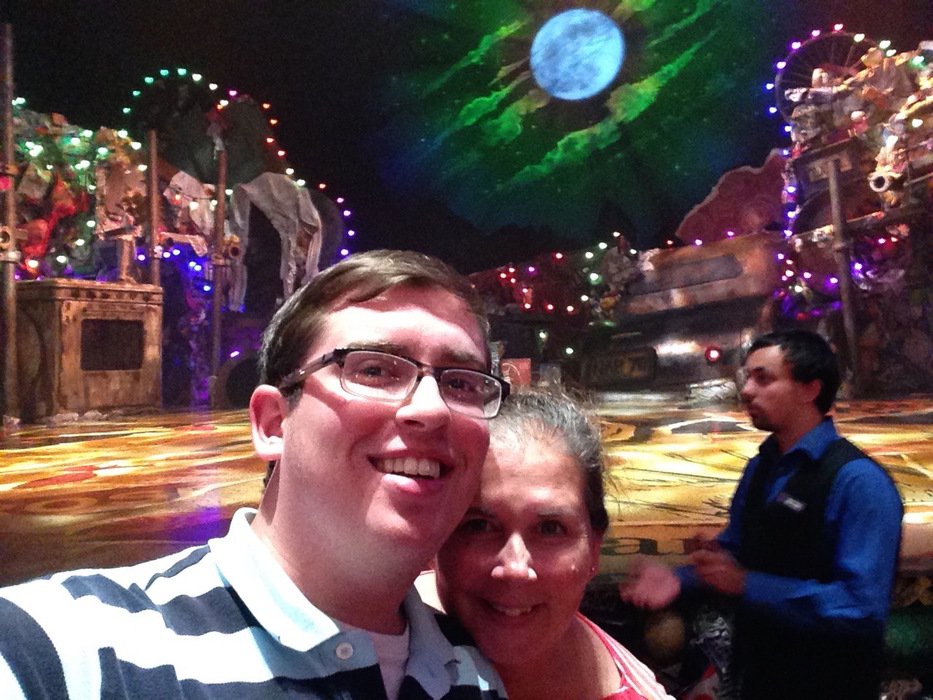 Winner Evan V attending "Cats" with his mom
Show-Score member Evan V has had so much fun sharing his winnings with his family and friends. He takes them to see Broadway shows, even though he lives all the way in Florida. See his advice for making the most out of this year's Tony season.

Show-Score: How did you spend your winnings?

Evan V and his boss at "Waitress"﻿

S-S: Who do you think will win top categories this year?

Evan V: I think "Dear Evan Hansen" has the lead on Best Musical, Actor, Book, and Score but I think "The Great Comet" will dominate on a majority of the technical awards.

S-S: Do you have any advice for this year's players?

Evan V and his mom at "Cats"

S-S: How are you celebrating the Tonys this year?

Evan V: A Tony party complete with ballots to fill out and themed food! I manage a box office in Orlando and have been trying to get the theater to do a livestream of the Tonys for the past two years. If all goes well, the Tony party will be at the theater this year!

How would you spend 1 Million Audience Rewards ShowPoints?