Ahead of London Pride, and all of the incredible Pride events across the UK this Summer, we're celebrating some iconic pieces of theatre that featured LGBTQ characters, themes or historic events in queer history. And not only is Pride coming up but "Fun Home", the smash Broadway musical opens in London at the Young Vic, so why not wave your Pride flag and check out 8 iconic shows that put gay characters front and centre.

The first Broadway musical with a lesbian protagonist, Fun Home, is based on the graphic novel and life of writer Alison Bechdel. Struggling to understand her own sexuality, Alison also finds she and her family must confront her father's secret identity as a gay man. This Tony Award-winning show opened a conversation about what can happen to a person when they discover who they are, and conversely, what can happen to us when we hide who we are.

The Boys In The Band

Premiering in 1968, The Boys In The Band allowed gay men to see themselves portrayed as complex characters rather than dangerous or camp stereotypes. Playing just one year before the Stonewall riots and the gay civil rights movement, gay men were coming out of the closets, seeing the play and refusing to stay quiet any longer. The show was performed recently in London, seemingly as relevant as ever.

Angels In America: A Gay Fantasia On National Themes

Tony Kushner's iconic play Angels In America is a story in two parts: Millenium Approaches and Perestroika. Set in the 80s New York AIDS epidemic, Prior Walter faces the reality of the syndrome with his boyfriend, best friend and heavenly visitors. With a story that confronted the perceptions of AIDS and those who suffer from it, this play opened audiences eyes to the true experience, fear and hope of the gay community at that time.

Based on Alice Walker's novel, The Color Purple premiered on Broadway in 2005 and told the story of a young African-American girl's difficult journey to adulthood. Through abusive relationships and rape, Celie finds comfort and love in Shug, representing the rarely-seen relationship between two women of colour on stage. 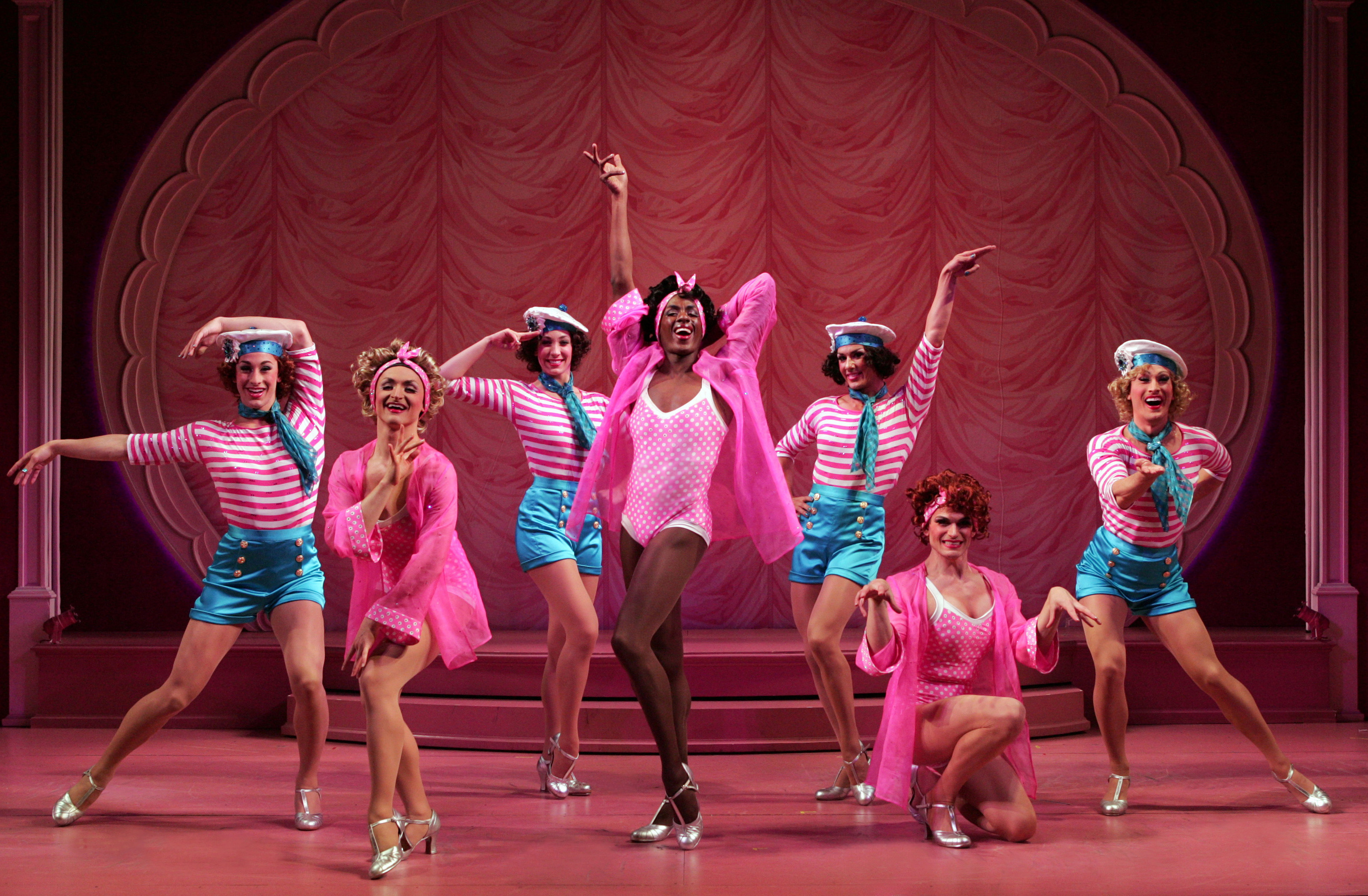 Raised by two fathers, owners of a drag bar, Jean-Michel brings his fiancée home to meet them, along with her ultra-conservative parents. Confronting judgemental, disapproving parents with an in-your-face drag world is the perfect culture clash in Harvey Fierstein's La Cage aux Folles, which delivers the laughs as well as a heartfelt message of acceptance, love and living out loud. 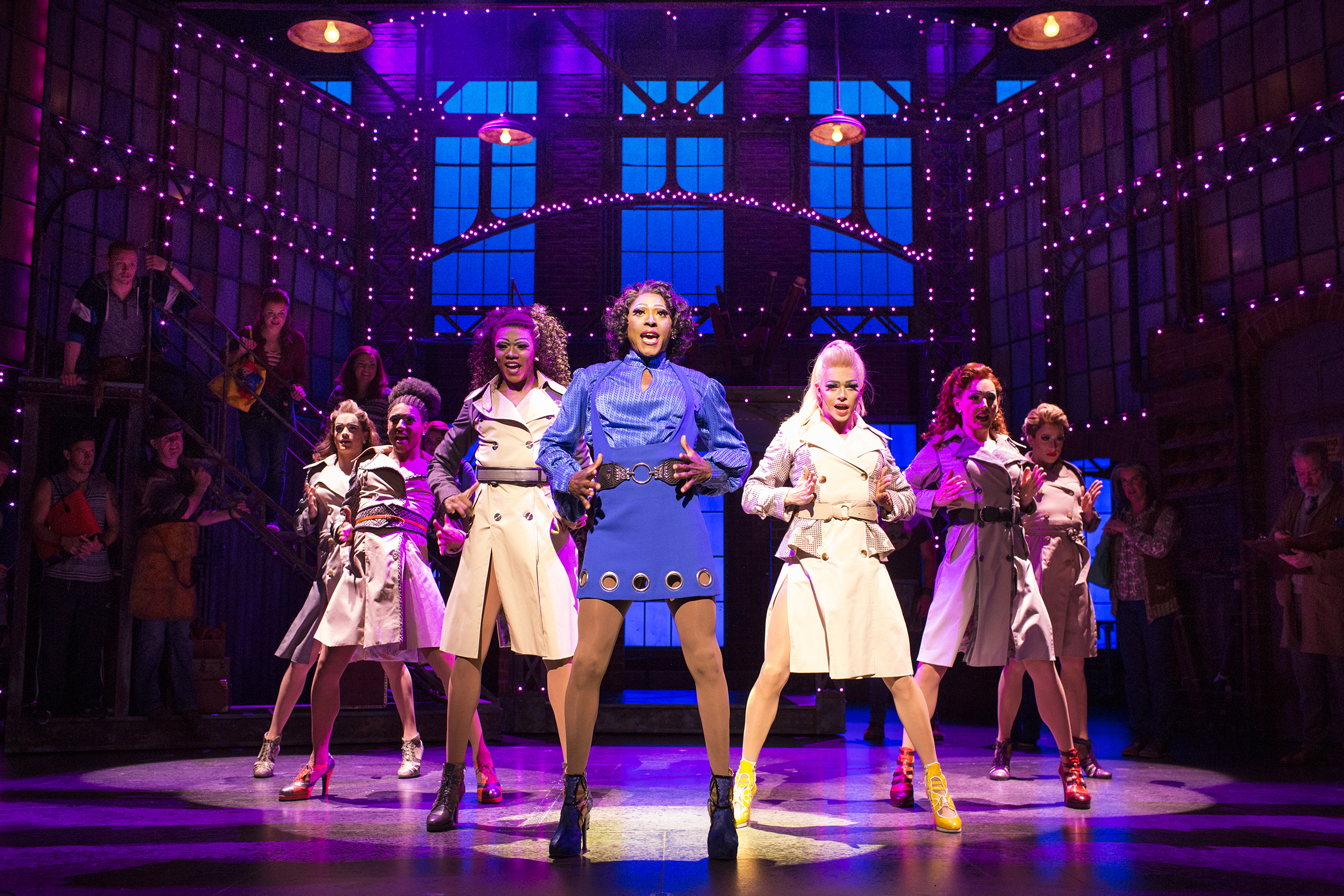 Based on a true story, Kinky Boots follows the journey of Charlie who inherits his family's shoe factory. When the business is in dire straits, Charlie to tuns to drag queen Lola to help him turn it around. Facing ridicule from some of the factory workers, Lola's struggle for acceptance mirrors what a lot of the queer, drag and trans community have also experienced. Update: Lola is considered by the creators to be straight, while many may automatically assume she is a gay man - Lola's sexuality is never actually clarified in the show.

Hedwig and the Angry Inch

John Cameron Mitchell's Hedwig and the Angry Inch follows genderqueer rockstar Hedwig on her journey to self-acceptance. Following a botched surgery to transition, Hedwig uses her pain to create a new life for herself with her band, The Angry Inch, named after her post-surgery scar. The show demonstrates the problems people faced before trans lives were acknowledged and accepted by society and health care professionals.

Struggling with AIDS, drug addiction, poverty, homelessness, sexuality and gender identity, the characters in the iconic show Rent were an example of a modern family of friends, coming together to survive. Featuring bisexual and gay characters like Maureen, Joanne and Tom, and trans character Angel, the show was a snapshot of late eighties, early nineties New York and it represented so many people's real life experiences.