‘Rogers: The Musical’: What is the new Marvel musical all about?

Discover ‘Rogers: The Musical’: What is the new Marvel musical all about? 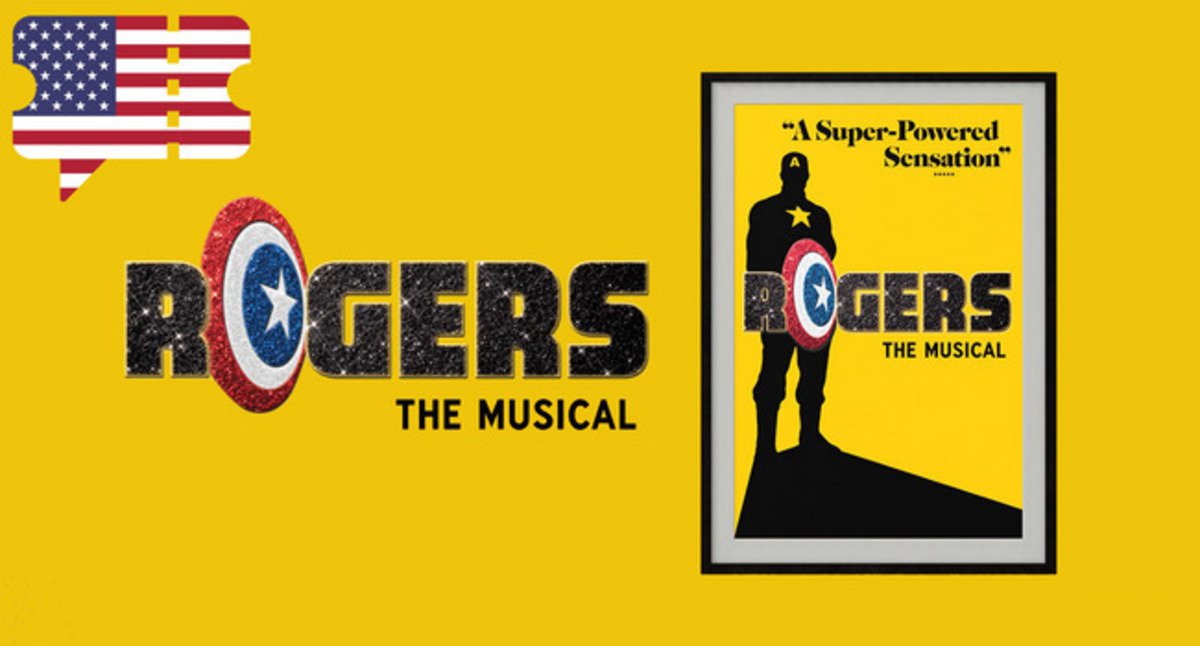 At the start of the first lockdown, I made it a personal mission to watch all the Marvel films in chronological order. Who was the Incredible Hunk? Why did everyone say “Wakanda Forever?” Now, having seen all the films, my life has really become Marvel-lous (sorry.) But now, in the upcoming Marvel series Hawkeye, a new Avengers musical is teased, and my interests of musical theatre and superheroes have crossed over in spectacular style.

Broadway actors have taken over the MCU, with dozens of Marvel actors having appeared in stage productions. Now, it’s set to be the other way around, with a MCU musical lighting up Broadway for the first time. It's called Rogers: The Musical, and I'm just as excited to watch Rogers: The Musical on my TV screen as I was when I saw Hamilton at the theatre.

Ahead of Hawkeye episodes dropping in November, we’ve conducted a full investigation into Rogers: The Musical. We'll be updating this with more information as the series airs, but we're just hoping that one day, we can witness the antics of Captain America on stage for ourselves.

Who is in the Hawkeye series?

The Hawkeye Marvel series features a whole host of Broadway stars who are entering the Marvel Cinematic Universe for the first time. Hamilton and The Ferryman’s Brian d’Arcy James appears in Hawkeye as a currently unnamed character, joined by his Ferryman co-star Fra Fee as Kazi.

Jeremy Renner continues in the role of Clint Barton, joined by Hailee Stenfield who makes her MCU debut as Barton’s protegee, Kate Bishop. The Hawkeye cast also includes Vera Farmiga, Tony Dalton, Zahn McClarnon and Iaqua Cox. There'll also be appearances from the main Avengers cast, but as this is a spoiler-free zone, we won't reveal who.

Which Avengers characters are in Rogers: The Musical?

Here’s where it gets interesting. Now we won’t know the full character list for Rogers: The Musical, until Hawkeye episodes are released from November 24. But just from one still image, we can get a sense of who will be in Rogers: The Musical.

Thanks to the trailer, we know that the Rogers: The Musical show includes:

What is Rogers: The Musical about?

Unfortunately, we don’t know the full synopsis of Rogers: The Musical just yet. But as the title suggests, the musical will center around the life of Steve Rogers, a humble soldier whose life was changed when injected with super-soldier serum to become Captain America.

Just because it’s a fictional production though, doesn’t mean it hasn’t been given the full musical treatment. The musical’s official tagline is “a timeless story of a timeless hero” and we can’t wait to see that brought to life on stage — albeit, fictionally.

What scenes are in Rogers: The Musical?

Anything goes in a Marvel storyline, and it’s set to be a similar story for Rogers: The Musical. Few details have been released yet, but in the first trailer, there’s a scene that appears to be the Battle of New York from the 2012 Avengers film.

Is Rogers: The Musical based on the Captain America Broadway musical?

Now everyday is a school day. But knowing of Rogers: The Musical has led me to discovering that there were plans for an actual Broadway musical all about Captain America. In 1985, the New York Times reported that the Captain America musical would see the superhero going through a midlife crisis, while his girlfriend is captured by terrorists while going for the Presidency. Honestly, we’re struggling to believe a Captain America musical could even exist, but here’s the full concept.

“It’s going to be a big one, if everything works out as befits a musical named ''Captain America.'' Big, in this case, means a budget of $4 million — a lot of money, even for a superhero fighting for the American dream, the flag, and the woman he loves.

The superhero will not, in fact, be particularly super when the curtain goes up. The book by Mel Mandel and Norman Sachs (who are also responsible for music and lyrics) has Captain A. going through a mid-life crisis. Fortunately, the action speeds up - his girlfriend, a candidate for President, is captured by terrorists and held hostage at the Lincoln Memorial. That's enough of the plot - when you invest millions, as are Shari Upbin, James Galton and Marvel Comics and some as yet untapped sources, you're entitled to a few secrets."

Is Rogers: The Musical a revival?

Technically, no. As Captain America never actually made it to Broadway, Rogers: The Musical is a Broadway premiere of sorts. Obviously, it’s not happening in real life; it’s just in the Marvel Cinematic Universe. But the MCU is basically everywhere at this point, and one day, it may actually become a Broadway show.

Where does Rogers: The Musical fit in the Marvel timeline?

Okay, a bit of poetic license is needed to work out when Rogers: The Musical would have actually happened in a Marvel world. Thanks to Hawkeye marketing stating that the series takes place post-Blip, it helps us out a lot.

Did the Snap end with a press release saying that Rogers: The Musical would open on Broadway? Were new cast members added because the population doubled? Who knows?

Who is starring in Rogers: The Musical?

The Marvel Cinematic Universe typically has people making cameo appearances in their films, so we may expect to see similar moments in a Marvel/Broadway crossover. Could Lin-Manuel Miranda do a Marvel rap? Will Audra McDonald sing a Marvel ballad? The possibilities are endless.

Who wrote Rogers: The Musical?

We don’t know if Rogers: The Musical is specifically credited to be written by any characters just yet.

The Hawkeye series was led by head writer Jonathan Igla, whose previous credits include Mad Men and Bridgerton. With plans for a Bridgerton musical, Rogers: The Musical could definitely make the jump from screen to stage too.

An original score for Hawkeye was composed by Christophe Beck, who previously worked on WandaVision with his Frozen colleagues Robert Lopez and Kristin Anderson-Lopez. Find out more about the Lopez's incredible musical career here.

Will Rogers: The Musical come to Broadway?

Anything can happen. If Rogers: The Musical takes place in a Marvel world in 2023, we’ve got two years to make it happen. Chris Evans has already made his Broadway debut in Lobby Hero, after all.

When will Rogers: The Musical be available to watch?

You’ll have to be patient to see Rogers: The Musical unfold. Hawkeye is a six-part miniseries available to stream on Disney+ from November 24.