Looking to see one of the hot shows on Broadway? Luckily for you, we have access to great seats, at great prices...and the opportunity to hang out with fellow theater lovers after! 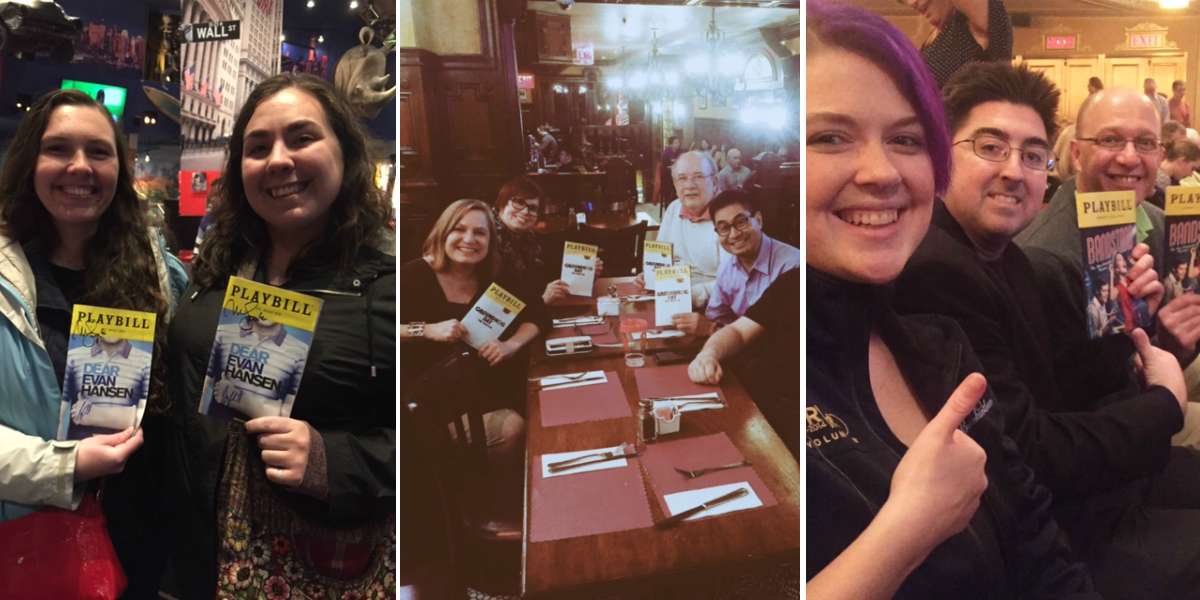 Show-Score Socials have become the best way to see a show this season.

How do Show-Score Socials work?

We buy a bunch of tickets and go as a group to see a show together and then hang out afterwards to discuss what we just saw. You can come alone or bring friends.

How Do I Become Eligible for a Show-Score Social?

To become eligible, you just have to be a member, but to be served socials directly, it helps to play our Wishlist game. By filling out your Wishlist, it will allow us to know what sort of shows you are interested in, so we can better suggest socials to attend. If you have a show on your Wishlist and we have a social scheduled for it, you will be among the first to be notified!

Here are all the Show-Score Socials we are hosting in the weeks and months ahead. We hope you will join us for one (or many!), and catch some of the season's hottest (read: sold-out) shows, at great prices, and hang out with other theater fans after!

After a run at the Public Theater, Emmy and Obie winner John Leguizamo brings his hit solo show about the buried history of Latinos in the Americas to Broadway.

CHARLIE AND THE CHOCOLATE FACTORY

Willy Wonka, world famous inventor of the Everlasting Gobstopper, has just made an astonishing announcement. His marvelous—and mysterious—factory is opening its gates...to a lucky few. It’s a world of pure imagination.