Carl Woodward is a theatre writer, blogger, and arts educator, based in London, England. 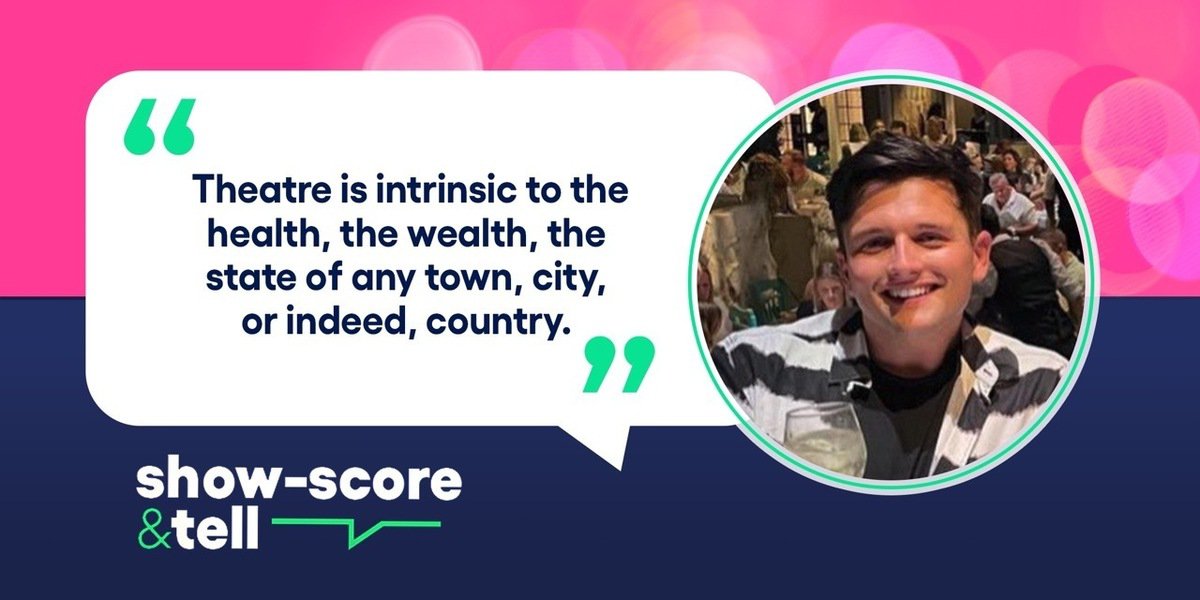 "I truly believe theatre is for everybody.

Criticism is just the start of the conversation, I think. Informed analysis is more important than ever, for audiences who want a good night out and want to know that what show they're going to see is worth the money that they’re paying. It's a good, sort of, signpost, really. Is this show worth my time? Because it's a big investment, isn't it, going to a show? It's huge for a lot of people, especially now.

And I think the role theatre has to play, on a society level, is fundamental.

Theatre is intrinsic to the health, the wealth, the state of any town, city, or indeed, country. You know, theatre is the civic space for communal activity for people to come together and forget their troubles.

I love seeing audiences at a theatre for the first time. And I love seeing the difference that the arts can make to people's confidence and wellbeing.

I do think theatregoing is a habit and it is something that needs to be nurtured, though.

I honestly worry that we are not doing enough to nurture that, especially in this country where we're removing arts education from state school curriculums. That's something I've been really vocal about. I think it's a tragedy. It's actually going to have serious implications for the next generation, the type of people who are able to have a seat at the table, and those who are able to make work and be involved in the arts, will narrow and it will only be people of a certain class, a certain gender, a certain age and a certain ability. I think if we do fully end up there, then it will be a seriously tragic and culturally vapid state of affairs.

In this regard, the amount of working-class actors, musicians and writers has shrunk by half since the 1970s, I recently read. And nearly a third of stage directors are seriously thinking of leaving the industry, because of concerns about pay and unethical practices.

So. Yeah, Maybe I'm wrong here.…Theatre should be for everybody. I think there are a lot of challenges around patronage and around class that we will never address. And I think the barriers that people are facing, especially with this cost of living squeeze, are quietly devastating.

On the plus side, the pandemic allowed theatres and creative freelancers an opportunity to branch out in new ways, exploring new funding models and working new ways with communities. Theatres have to adapt. We all want to leave a cultural space – whether that is an independent cinema, a west end venue or a pub theatre – filled with delight and enthusiasm, having witnessed great work. What counts is the work."

"I'm gonna say Company (86). Marianne Elliott. Rosalie Craig. Patti LuPone - Queens! I saw that show eight times. Now, if you told me I’d see a show eight times, I'd say you need your head examined. But when a show like that comes along? There's no explanation needed.

Another phenomenal - and I mean phenomenal - piece of theatre is Prima Facie (93), starring Jodie Comer. It’s a 90 minute powerhouse of political theatre. It was a sold out run at the Harold Pinter Theatre. I believe it will be on Broadway in March? Jodie Comer’s going to win the Tony Award for that. Trust me.

Back to the Future: The Musical (87). I saw the trial in Manchester, and at the time, I was a bit cynical, but it's really proved me wrong.

Cabaret at the Kit Kat Club (93) is obviously a phenomenon and has to be seen to be believed; John McRea and Aimee Lou Wood will takeover the roles of Emcee and Sally Bowles from 13 February 2023. Fab!

To read more of Carl's thoughts on theatre, be sure to follow him here on Show-Score or you can visit his blog www.mrcarlwoodward.com!
Previous
Next