I Spent The Evening With a Group of Silent Meditating Actors

"Could everyone please take their shoes off before entering the room and put them inside the cubbies?"

From the moment I heard those words, it was clear that this wouldn't be any ordinary press event...but "Small Mouth Sounds" isn't exactly your ordinary play.

Originating at Ars Nova, this somewhat silent dramedy became an instant hit with the critics, and has since gone on to open Off-Broadway with an astounding ShowScore of 84. The play tells the story of six professionals on a break from their busy lives in the city, and is set at a silent retreat in the middle of the woods.

So when I got an email alerting me to a "Small Mouth Sounds" press event at Ziva Meditation, it didn't exactly surprise me that the evening would begin with a "brief meditation session to help get in the headspace for the play", followed by a standard Q&A. But what did surprise me was were the things that I was feeling during the meditation. 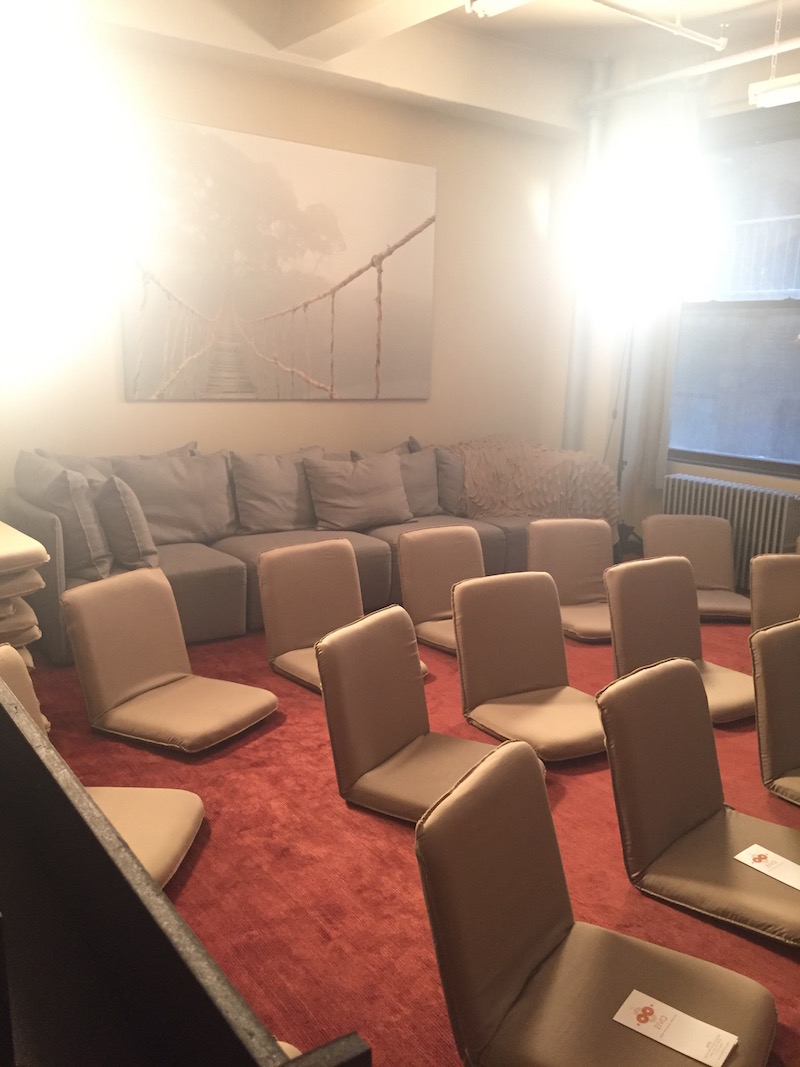 (the floor seats at Ziva Meditation)

After being instructed to take my shoes off, take a seat on the floor, and imagine my breaths circulating from one side of my body to the other, I expected to just feel silly. But instead, I really was "in the moment" amongst this group of silent meditating actors. In fact, I felt like I was a part of an audience, experiencing a particularly gripping work of theater.

After the meditation was over, I had a chance to speak to the cast, who confirmed the things I had been feeling. "I think this play engages audiences even more so because there are no words," said Brad Heberlee, an actor who had been with the production since its Ars Nova run. "It's really an amazing thing to experience that shared energy in the room."