The Classic Musicals Every Broadway Fan Needs To Know

These are the musicals that shaped musical theatre! 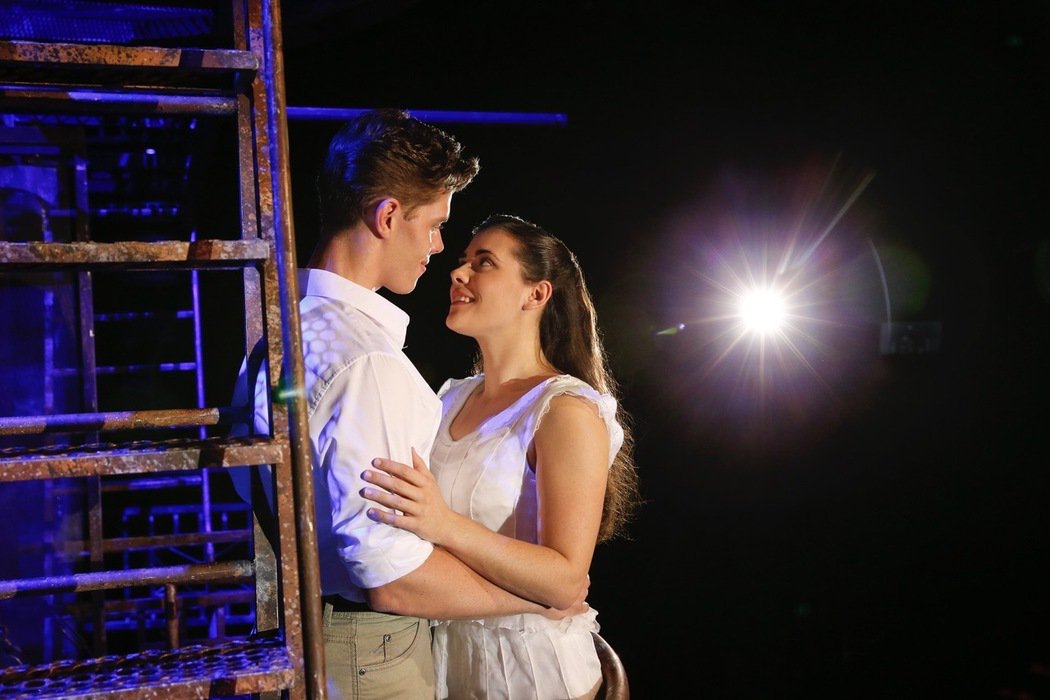 The Black Crook
This 1866 musical is considered the very first American musical. It played at Niblo's Garden on Prince Street for 474 performances.

Show Boat
The Black Crook may have technically been the first musical, but Show Boat really changed the game, with songs that moved the plot forward (before that, songs were entertainment and not integrated into the story). The 1927 musical with music by Jerome Kern and book and lyrics by Oscar Hammerstein II is based on Edna Ferber's book about the lives of performers and workers on a Mississippi River show boat and deals with serious topics such as racism.

Of Thee I Sing
This 1931 satirical musical about a presidential election made history as the first musical to win the Pulitzer Prize for Drama. There have been 10 in total to earn that honor, most recently A Strange Loop. The music is by George Gershwin with lyrics by Ira Gerswhin and a book by George S. Kaufman and Morrie Ryskind

Oklahoma!
The Golden Age of Broadway started with the 1943 musical that also kicked off one of the most important partnerships in theatre history, between composer Richard Rodgers and lyricist Oscar Hammerstein II. It took what started with Show Boat even further, with its integration of book, music, and dance, including a dream ballet by Agnes de Mille. The musical ran for a record-breaking 2,212 performances, closing in 1948.

Finian's Rainbow
Historically significant for having the first fully integrated cast on Broadway, the 1947 musical by E.Y. Harburg (book and lyrics), Fred Saidy (book), and Burton Lane (music) was in some ways ahead of its time for the way it dealt with racism and economic inequality. Unfortunately, the original production used blackface for a plot point in which a white U.S. senator is turned Black, but productions now use two different actors.

Kiss Me, Kate
The Tony-winning Best Musical by Cole Porter (book by Bella and Samuel Spewack) opened on Broadway in 1948 and ran for 1,077 performances. It is a backstage musical about actors putting on a musical of William Shakespeare's The Taming of the Shrew and features some of Porter's best-known songs, such as "Too Darn Hot" and "Wunderbar."

South Pacific
Rodgers and Hammerstein's musical, which has a book by Hammerstein and Joshua Logan, was, in 1950, the second musical to win the Pulitzer Prize for Drama. It was the first time a composer was also included in the prize. It also dealt with prejudice, most notably in the song "You've Got To Be Carefully Taught," which includes the lyrics, "You’ve got to be taught before it’s too late, before you are six or seven or eight, to hate all the people your relatives hate. You’ve got to be carefully taught."

Guys and Dolls
Based on Damon Runyon's short stories, Guys and Dolls, about gamblers in love, is considered by many to be one of the best musical comedies of all time. The music and lyrics are by Frank Loesse and the book is by Abe Burrows and Jo Swerling. It opened on Broadway in 1950 and a movie starring Frank Sinatra and Marlon Brando was released in 1955.

My Fair Lady
The 1956 musical by Alan Jay Lerner (book and lyrics) and Frederick Loewe (music) is another one that you will find on many best musicals of all time lists. Based on George Bernard Shaw's Pygmalion, the original production starring Julie Andrews and Rex Harrison was hugely successful, running for 2,717 performances, making it the longest-running musical until Hello, Dolly! broke its record.

West Side Story
Stephen Sondheim got his start on Broadway writing the lyrics for this 1957 musical with music by Leonard Bernstein and book by Arthur Laurents. It updates Shakespeare's Romeo and Juliet and turns into a story of two rival gangs in New York City. The musical is also known for the choreography by Jerome Robbins. Although this is a beloved musical, it lost the 1958 Tony for Best Musical to The Music Man.

The Music Man
As you probably know, the 1958 Best Musical Tony winner is currently on Broadway in a production starring Hugh Jackman and Sutton Foster. The original production of Meredith Willson's musical starred Robert Preston as the con man Harold Hill opposite Barbara Cook as his love interest Marian the librarian.

The Sound of Music
The 1959 musical marked the end of the partnership between Rodgers and Hammerstein (Hammerstein died in 1960). Not only were they responsible for many of the great Golden Age musicals, but Stephen Sondheim might not have even worked in musical theatre if not for his mentor, Oscar Hammerstein II.

Fiorello!
Though it was the third musical to win a Pulitzer Prize for Drama, the 1959 musical by Jerry Bock (music), Sheldon Harnick (lyrics), Jerome Weidman (book), and George Abbott (book) is rarely produced today. But at the time, the show about New York City mayor Fiorello La Guardia tied with The Sound of Music for the Tony for Best Musical (the only tie for that category in the history of the Tonys).

Bye Bye Birdie
The musical opened in 1960, the end of the Golden Age of Broadway. The show by Michael Stewart (book), Charles Strouse (music), and Lee Adams (lyrics) was different than previous Golden Age musical in that it was about rock 'n' roll (inspired by Elvis Presley) and teen culture.

How To Succeed in Business Without Really Trying
Frank Loesser's (the book is by Abe Burrows, Jack Weinstock, and Willie Gilbert) 1961 musical satire of big business is the 4th musical to win the Pulitzer. It also won the Tony for Best Musical and Robert Morse won a Tony for playing the lead role. A successful 2011 revival starred Daniel Radcliffe of Harry Potter fame.

A Funny Thing Happened on the Way to the Forum
The 1962 musical is significant for being Stephen Sondheim's first Broadway musical as both composer and lyricist (the book is by Burt Shevelove and Larry Gelbart). The musical based on the plays of Plautus won the Tony for Best Musical. Every actor who has originated the lead role of Pseudolus in a Broadway production has won a Tony, starting with Zero Mostel.

Fiddler on the Roof
Though the Golden Age of Broadway is thought of as the '40s and '50s, some consider Fiddler on the Roof to actually be the last Golden Age musical, though it opened in 1964. Based on the stories by Sholom Aleichem about Tevye the milkman, the musical is by Jerry Bock (music), Sheldon Harnick (lyrics), and Joseph Stein (book). Though the musical is about a Jewish family in Russia in the early 1900s, it resonates with people of all faiths all over the world. Lin-Manuel Miranda has spoken about its influence on his musical In The Heights.