The First Time Shakespeare Made Sense

When did Shakespeare's plays "click" for you? One theatergoer shares her journey to understanding The Bard. 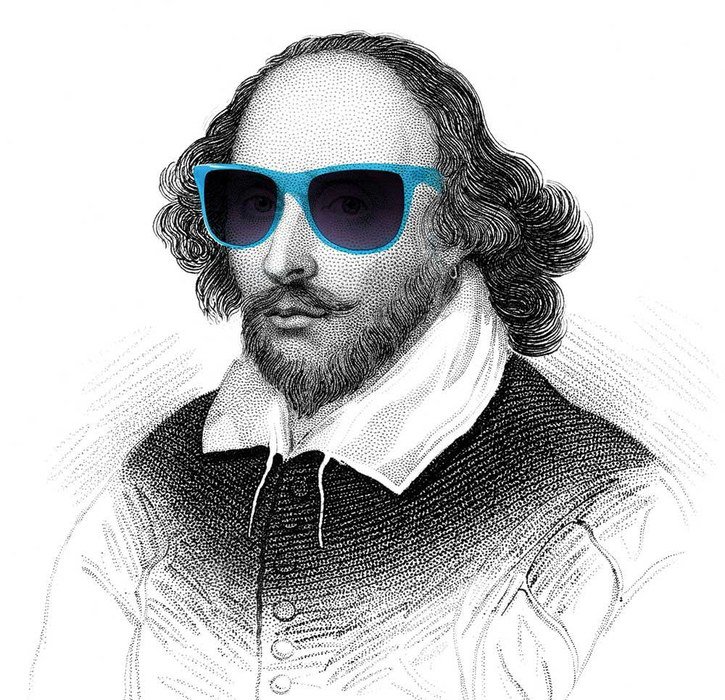 The first time I saw Shakespeare, I fell asleep.

My high school theater class had just spent the whole day driving from Portland to Ashland (home of the Oregon Shakespeare Festival) and then gone directly into a very long production of “Richard III”, and…. Okay, I don’t have an excuse. I have no doubt it was an excellent production. But I fell asleep. Afterwards, my teacher asked me how I liked the show. I avoided eye contact and mumbled something about the battle scenes (didn’t sleep through them—too loud).

By the time the same school trip rolled around the next year, I’d developed somewhat more of an appreciation for Shakespeare. At the very least I wasn’t falling asleep anymore. I’d seen several other productions of his work, even voluntarily sitting through “King John”. I enjoyed it.


But my enjoyment of that show and other Shakespeare was purely intellectual. The plays were interesting: a mental challenge to be confronted and tackled. But there’s something removed, even cold, in that kind of enjoyment. I liked Shakespeare; I didn’t crave Shakespeare. A play or two on our annual school visits was plenty.

Then came year three back in Ashland. 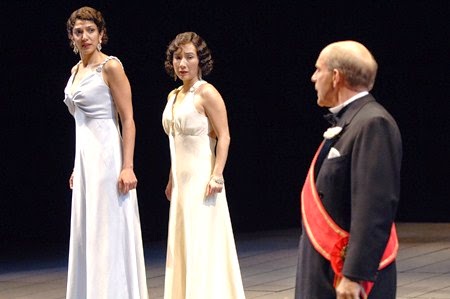 Miriam A. Laube and the company of "As You Like It", 2007. Photo by David Cooper

The play was “As You Like It”, and Rosalind was played by Miriam A. Laube. I can still see her so vividly in my mind: the ease with which she carried herself when Rosalind was disguised as a boy, her command of the stage, her husky voice, and her playful energy. I couldn’t take my eyes off her. I hung on her every word—and understood them all.


And for the first time, I didn’t just understand; I cared. I was riveted by the dangerous rivalry between Orlando and his bullying brother; by Silvius’ hangdog pursuit of the deeply disinterested Phebe; by Celia’s mystery romance (which our pre-show speaker refused to spoil for us).


But most of all, I cared about Rosalind. Rosalind, who flees her cruel uncle and her own grief and finds life and love and herself out in the woods. A girl who must learn to navigate the path between being what the world expects her to be and who she truly is—and who actually finds her way there! And she didn’t change herself to earn the boy’s love. She taught him how to earn hers. 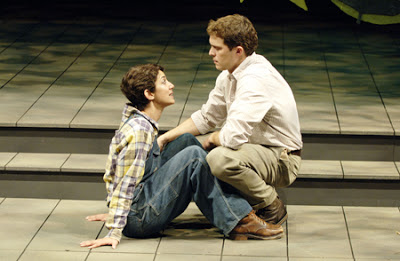 Before “As You Like It” the intellectual enjoyment I’d experienced with Shakespeare was just a fun word game. Untangling the rich threads of his poetry was deeply satisfying. But the words didn’t touch me or speak to me or magnetically draw me in. Now I could see the people behind the speeches.

I get it now, I thought as I raced to the bookstore to buy a copy of the play so I could immediately read it again. I understood why people read and performed these plays over and over again and had done so for over 400 years. It was the difference between analyzing a play and feeling its power reach out across centuries to truly move me.

This guy was good.

What was the first Shakespeare play that you really understood? Let us know in the comments! And if you’ve seen The Public’s current production of “A Midsummer Night’s Dream”, make sure you score it!