'The Merchant of Venice' has been reimagined from a comedy into a tragedy. Here's why you should see it

Discover 'The Merchant of Venice' has been reimagined from a comedy into a tragedy. Here's why you should see it 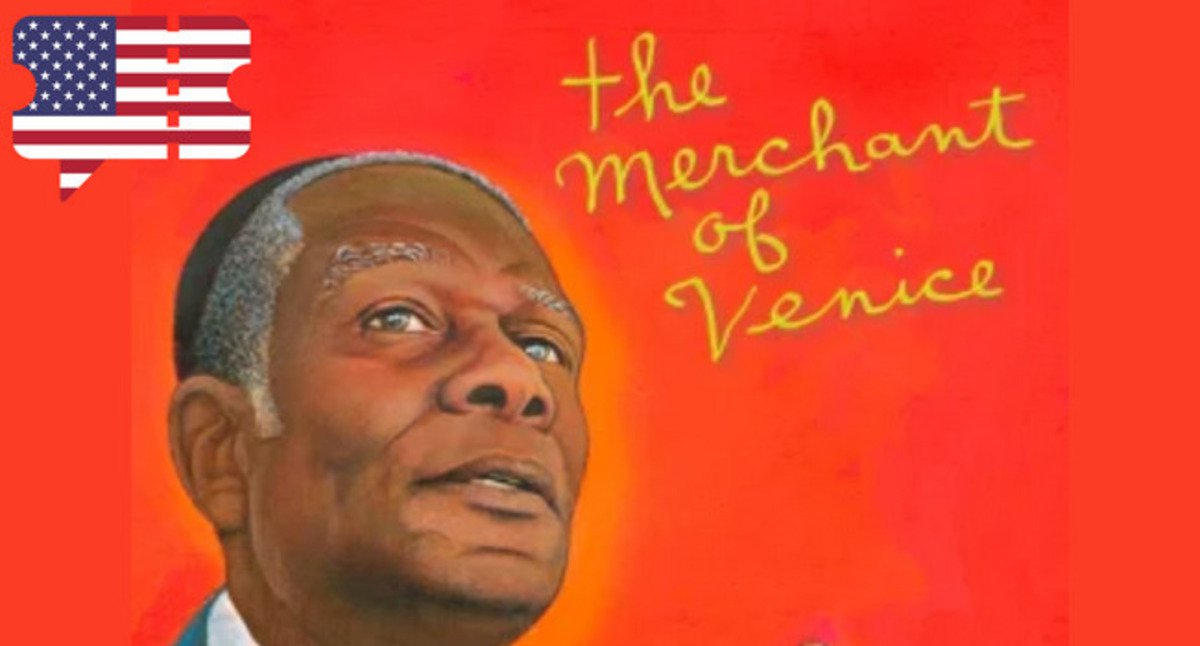 The Merchant of Venice is one of Shakespeare’s most well-known and controversial works. The play is usually classified as a comedy (there are multiple marriages and no one dies in the end), but over the centuries since it was published, the play has also been criticized as being anti-Semitic.

So how do you put on a production of The Merchant of Venice that successfully denounces anti-Semitism and all other forms of discrimination?

A new production of The Merchant of Venice is about to find out. Shakespeare’s problem play is currently running off Broadway at Theatre for a New Audience through March 6 (after which it will run at Shakespeare Theatre Company in Washington, D.C.). The show stars Tony-nominated actor John Douglas Thompson (HBO’s The Gilded Age and Mare of Easttown) as Shylock, a role that has been played by famous actors such as Al Pacino and Jonathan Pryce. But it has rarely been played by a Black actor.

Here is why you should see this stirring new interpretation of Shakespeare’s text and why it won’t leave you laughing (which is a good thing).

Get The Merchant of Venice tickets on TodayTix.

The Merchant of Venice is a romantic comedy with an edge.

In most Shakespeare compendiums, The Merchant of Venice is classified as a comedy. The play is about a merchant named Antonio, who agrees to help his friend Bassanio get money to woo the wealthy and beautiful Portia. To get the money, the two men must borrow from Shylock, a Jewish moneylender, who sees that Antonio is an anti-Semite. Shylock says that instead of charging interest on the money, he wants a “pound of flesh” from Antonio if the money is not repaid.

Meanwhile, Shylock’s daughter Jessica is in love with Lorenzo, a Christian, and wants to run away with him.

This plot summary may seem like the makings of a hijinks-filled romance, aside from the characters comparing Shylock to a “damned, execrable dog” because he’s Jewish. And the ending has Shylock being forced to renounce his Judaism, which gives the play a tragic edge.

What Shakespeare intended with The Merchant of Venice is up for debate, but that’s also what makes the play rife for reinterpretation.

The Merchant of Venice is filled with memorable lines.

If you’ve ever heard the phrase “pound of flesh,” “all that glitters is not gold,” and “if you prick us, do we not bleed?” then you have The Merchant of Venice to thank for that — those phrases originated in the play. And though he is written as the villain of the piece, the best monologue in the play is given to Shylock, who asserts his humanity in the face of overwhelming prejudice:

Shakespeare has given great lines to villains before, but the monologue, which is a plea against discrimination, makes Shylock a sympathetic figure.

Shylock has been the part to play in The Merchant of Venice and this production gives nuance to his character.

Shylock is notably the most sought-after role in The Merchant of Venice. Over the centuries, Shylock has been played by Patrick Stewart, Jonathan Pryce, and Al Pacino, who all saw him as a sympathetic, tragic figure.

Says Pacino of Shylock to The New York Times, “It is tantamount to abuse what he goes through. One way to look at the play is that it’s an indictment against prejudice, because you see the results.” Pacino played Shylock in a film version of the play and in two stage productions; in the film, the audience sees Jews being abused in Venice, so the Christian characters aren’t shown as heroes, but as oppressors.

When Shakespeare wrote The Merchant of Venice (around 1600), there were no Jews living in England because they had been driven out of the country in 1290. Yet the stereotypes of Jews being moneylenders, greedy, and less than human remained — and the Christian characters in The Merchant of Venice use derogatory language to talk about Shylock.

The new TFANA production is being directed by Arin Arbus, who points out that in 16th-century Venice, where the play is set, Jews were not allowed to practice most professions. Moneylending was one of the few jobs they could do because Christians were forbidden from “usury.” Jews also had to wear clothes that identified them as Jewish and could not own land, forcing them to live in ghettos.

“[Venice is] also the birthplace of the original ghetto," says Arbus in a press statement. “The play depicts a divided society saturated with hate and inequity. The world boils with anti-Semitism, racism, xenophobia, misogyny, classism, and homophobia… The societal systems enable certain groups of people to have power and ensure that others don’t. In Shakespeare’s Venice there’s predatory lending, a biased justice system, discriminatory practices in housing and commercial markets, and the original ghetto.”

But despite getting the best lines, Shylock has also been played in a way that upholds anti-Semitism. Early productions had Shylock portrayed with a hooked nose. In Nazi Germany, Shylock was used in Nazi propaganda, and the play was produced throughout Germany with Shylock as a clear villain.

This is also why The Merchant of Venice has been interpreted as anti-Semitic, says one Washington Post op-ed, “It is time to say ‘never again’ to this historical aberration. Every time it is produced, the play introduces new audiences to vile medieval tropes of Jew-hatred that we should have long ago left behind.” This new Off-Broadway production, however, aims to get rid of these tropes and instead call out the injustice of anti-Semitism.

So what happens when you cast a Black actor as Shylock? Well, this new Off-Broadway production of The Merchant of Venice is going to find out.

Here, John Douglas Thompson plays Shylock. Thompson is a respected stage actor who has a talent for breathing new, visceral life into classic texts. He’s played Macbeth and Othello off Broadway (winning several awards for it), and was Tony-nominated for starring in Jitney by August Wilson.

Says the New Yorker in a profile, Thompson “is regarded by some people as the best classical actor in America.”

Thompson is not the first Black actor to play Shylock. That honor goes to Ira Aldridge, who played the role in Europe in the 19th century. And In the 90s, Peter Sellars staged a Merchant of Venice production on Los Angeles’s Venice Beach after the Rodney King riots, in which Paul Butler, a Black actor, played Shylock.

Arbus sets Merchant in a modern environment, saying, “By casting a Black man as Shylock in America in 2021, one becomes painfully aware of the connections between Shakespeare’s 16th century Venice and our world now.” (Coincidentally, another production running at the same time at the Globe Theatre in London also puts Merchant in a contemporary setting.)

In Arbus’s version of The Merchant of Venice, when Shylock is forced to convert to Christianity, the audience gasps. And at the end, Shylock and his estranged daughter Jessica (played by Danaya Esperanza) tearfully recite the Kol Nidre prayer, the opening prayer of Yom Kippur. Arbus’s version of Merchant is very clear about where its sympathies lie.

Says Thompson to the New York Times, his Shylock is about a man trying to assert his personhood in an inhumane system: “How does one who has been discriminated against horribly and treated horribly, how does that person get agency for themselves in a world that refuses, wants to keep them as a second-class or no-class citizen?”