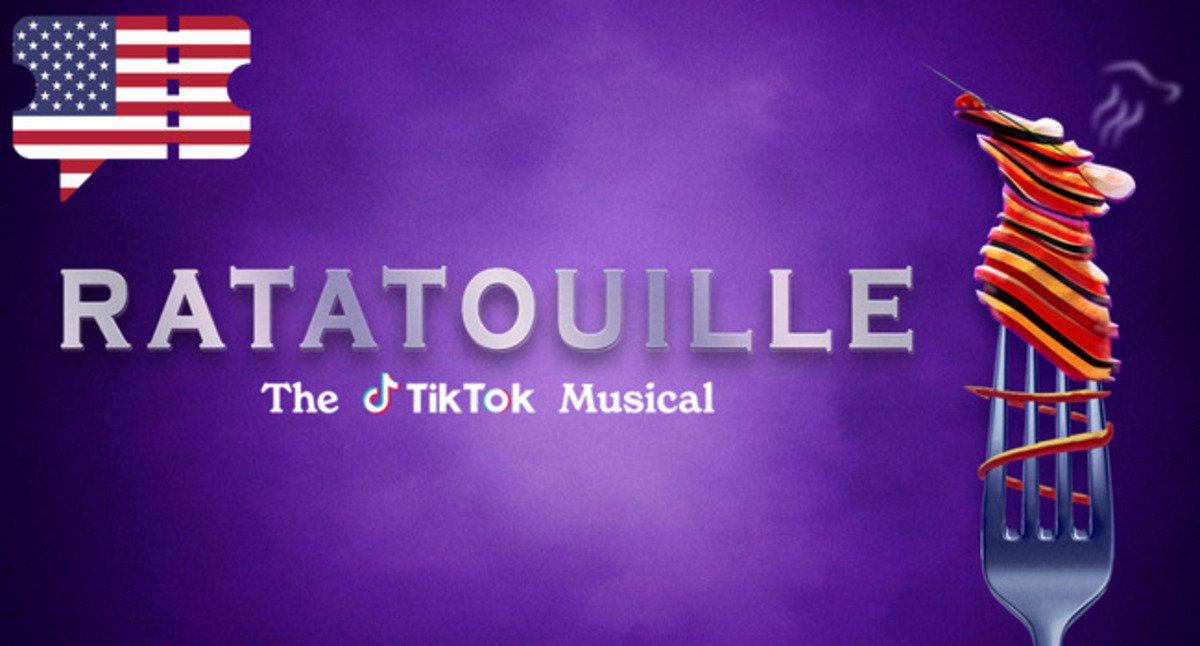 Welcome back to Today I’m Obsessed With…, a deep-dive into a cultural phenomenon, compelling figure or fascinating pop culture moment. I’m Sophie, TodayTix’s Associate Editor based in London. Obsess with me over the greatness of TikTok musicals.

It’s fair to say that when the world went into lockdown, millions of people (me included) decided to download TikTok. One of the biggest phenomenons to come out of 2020, TikTok has seen over 800 million users upload short videos to their own channel, with users recreating viral dances, trends, and gaining thousands of followers in the process.

But, where there’s a new place to show off online, you can guarantee musical theater kids will be there too.

Step aside Lin-Manuel Miranda, there’s a new musical creator in town. Taking center stage is Daniel Mertzlufft, the TikTok creator that's behind some of the world-dominating musicals this year. Okay, they’ve not been on Broadway or seen in the West End, but Mertzlufft’s musicals have been seen by millions worldwide on the biggest social media stage around.

Don’t know who Daniel Mertzlufft is? He’s a New York City-based composer, arranger, orchestrator, and music director. He’s worked on the off-Broadway shows Sistas and is working on music for House Rules: A New Musical. However, his rise to TikTok superstardom is even more impressive.

Ratatouille: The Musical tickets are now available, exclusively on TodayTix.

It all began with his musical rendition for a “grocery store musical”, based on Louisa Melcher’s song “New York Summer.” If you’ve not listened, then prepare to be amazed.

When I say I’ve had it on repeat for months, believe me. I can’t get this hilarious song out of our head. Every time I go into a store, I can’t help but mutter the lyrics under my breath. There’s plenty of musicals I want to open in the West End, but this one is near the top of my list.

Mertzlufft isn’t just a one trick pony though. After the success of the first track, he didn't let the social media fame get to his head. Instead, he put pen to paper and created another song called “When They First Met,” which I'm calling a tribute to all the incidental meet cutes of the romantic couple in a musical that will inevitably argue in Act One but kiss and make up before the Act Two finale.

This grocery store musical was just the start of Mertzlufft's online success. Thanks to TikTok's duet feature, thousands of creators got involved by making up their own characters; personal favorites being the bird stuck in the shop roof and the store alarms.

But, if you’re on “musical theatre TikTok”, you’ll definitely have seen Ratatouille the Musical on your "for you" page.

Ratatouille: The Musical tickets are now available, exclusively on TodayTix.

He really did become the rat of all our dreams. Honestly, he really has. There's been too many nights where I've struggled to fall asleep because this ballad from a TikTok musical has played on repeat in my mind.

But, when Daniel Mertzlufft got involved, Ratatouille reached new heights The TikTok sound became a base for the show, with Mertzlufft imagining the finale of Ratatouille the Musical. Check it out for yourself, it really would be spectacular.

Once Mertzlufft got on board, Ratatouille became a global sensation. Every aspect of the musical was covered online. Lyrics, set design, costumes, backstage crew and even latte art (my personal favorite) have been created for the show. Nobody has crowded around a musical theatre character quite like our beloved Remy.

There’s even an “official” Ratatouille the Musical TikTok, where literally thousands of people have applied to be a part of the creative process. Even the Tony Award-winning producer Ken Davenport wants to produce it on Broadway. By the looks of things, a whole generation wants this show to happen, me included.

Daniel Mertzlufft doesn't just create online musicals for one community. He's broken out into the "real world" too. Take this video for The Late Late Show hosted by James Corden, where he created the start of ‘Thanksgiving the Musical’, mirroring his earlier grocery store antics.

Little did he know the sheer calibre of stars that would sing along. It’s not every day that Tony Award-winning stars get together, let alone on TikTok. TikTok musical theatre fans really are blessed to have a seat at the table for Broadway's stagiest Thanksgiving ever.

Whatever Mertzlufft touches seems to turn to gold. I could share video after video of his and you’d be scrolling for hours (side note: my iPhone screentime has drastically gone up since TikTok became popular) but I’ll leave you with this. It’s a four-part harmony of “Have Yourself A Merry Little Christmas” where the notes don’t follow normal convention...

In spring 2022, TikTok will present the first ever TikTok musical, For You, Paige, and it features original music by Mertzlufft! For You, Paige, will be available to watch globally on the TikTok app on April 14. We'll definitely be tuning in. Find out more about TikTok sounds from musicals.

Shakespeare wrote King Lear while in plague quarantine. We, the kids, have written original Broadway musicals.