A list of some of the most popular songs from musical theatre! 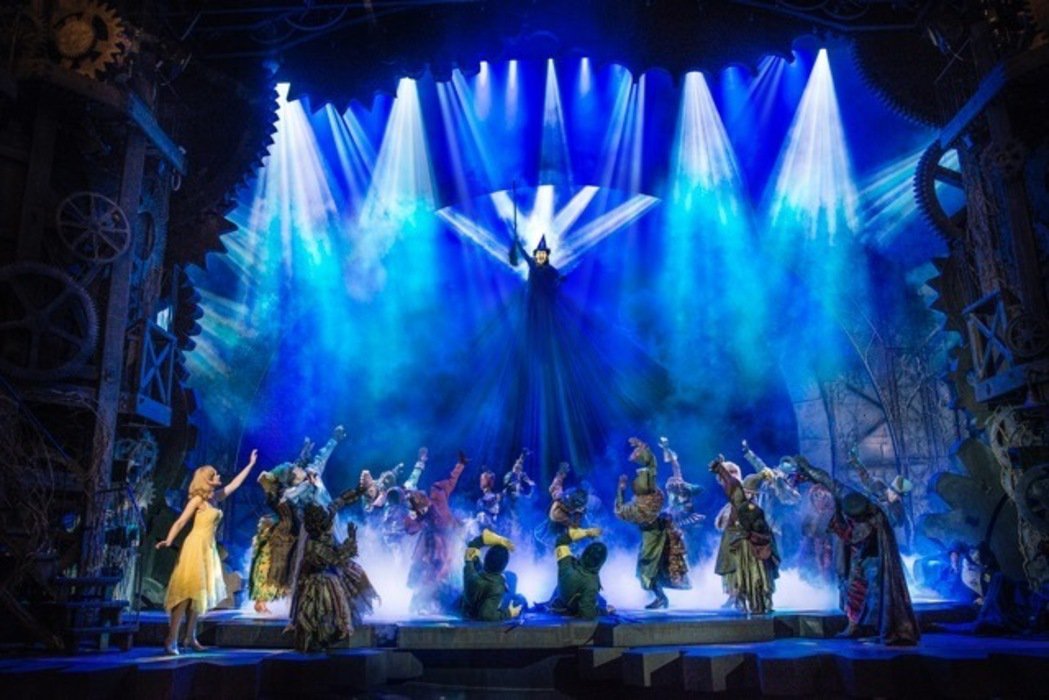 What are the best musical theatre songs of all time? That is a highly subjective question, and there are as many answers to that as there are musicals. The songs included here were added because of their influence and how frequently they are listened to, recorded, and performed. We included a range from early Broadway to now, and only included one song from each musical. And so we don't start any fights about the order, they are listed chronologically:

"Ol' Man River," Show Boat (1927), music by Jerome Kern, lyrics by Oscar Hammerstein II
Show Boat is considered the first Broadway musical that had songs fully integrated into the story. "Ol' Man River" was a hit in its day, sung by Paul Robeson in the 1936 film.

"Soliloquy," Carousel (1945), music by Richard Rodgers, lyrics by Oscar Hammerstein II
The sheer scope of this 7-minute stream of consciousness song earns it a spot on this list. Even Frank Sinatra recorded the song.

"Till There Was You," The Music Man (1957), music and lyrics by Meredith Willson
This song was recorded by The Beatles, the most famous band of all time. Before that, it was sung on Broadway by Barbara Cook and it's currently being performed nightly by Sutton Foster.

"Rose's Turn," Gypsy (1959), music by Jule Styne, lyrics by Stephen Sondheim
Is any song in musical theatre more of a showstopper? And has any song been performed by more divas? No and no.

"People," Funny Girl (1964), music by Jule Styne, lyrics by Bob Merrill
People, people who saw Barbra Streisand in Funny Girl on Broadway are the luckiest people in the world. Streisand's recording of the song made it into the Billboard pop charts and was her first top 40 hit.

"Hello, Dolly," Hello, Dolly! (1964), music and lyrics by Jerry Herman
Louis Armstrong had a hit with the title song from the beloved musical. It even displaced the Beatles when it made it to number one on the Billboard Hot 100.

"Aquarius," Hair (1968), music by Galt MacDermot, Lyrics by Gerome Ragni and James Rado
Not only was Hair a groundbreaking musical, but "Aquarius"/"Let the Sunshine In" was a hit for the Fifth Dimension. It spent six weeks as the number one song on the Billboard Hot 100 pop singles chart.

"Send In The Clowns," A Little Night Music (1973), music and lyrics by Stephen Sondheim
A Little Night Music is not as famous as some of Sondheim's other shows, but "Send in the Clowns" is one of his best-known songs. Glynis Johns sang it in the original Broadway production and artists like Judy Collins (her version was the 1976 Grammy Song of the Year) and Barbra Streisand made hit recordings of it. It continues to be frequently performed at cabarets.

"And I Am Telling You I'm Not Going," Dreamgirls (1981), music by Henry Krieger, lyrics by: Tom Eyen
Jennifer Holliday blew the roof of the 1982 Tony Awards with her performance of this song, and then again at the 2021 Tony Awards. Both Holliday's version and Jennifer Hudson's 2006 recording from the film made the Billboard charts.

"Memory," Cats (1982), music by Andrew Lloyd Webber;, lyrics by Trevor Nunn based on T.S. Eliot
Whether you love or hate the musical Cats, the impact of the song "Memory" cannot be denied. Just try not to get emotional at the emotional climax when a great singer is performing it. Betty Buckley, Elaine Paige, Barbra Streisand, Barry Manilow have all had success with this song.

"Suddenly, Seymour," Little Shop of Horrors (1982), music by Alan Menken, lyrics by Howard Ashman
There can't be a list of musical theatre songs without including Alan Menken and Howard Ashman, who revitalized the Disney musical. But before that, they wrote the Off-Broadway musical Little Shop of Horrors and the most famous song from the show, "Suddenly, Seymour," is pretty much always being sung at a karaoke bar somewhere.

"Finishing The Hat," Sunday in the Park With George (1984), music and lyrics by Stephen Sondheim
Stephen Sondheim named one of his collected lyric books "Finishing the Hat," so he obviously knew the song's importance, especially for artists, for who the song continues to resonate.

"The Music of the Night," The Phantom of the Opera (1988), music by Andrew Lloyd Webber, lyrics by Charles Hart
The Phantom of the Opera is the longest-running show on Broadway, so we obviously had to include a song from it on this list. "The Music of the Night" is the Phantom's big song, originated by Michael Crawford. Barbra Streisand (noticing a theme with many of these songs?) recorded a duet of the song with Crawford in the '90s.

"Seasons of Love," Rent (1996), music and lyrics by Jonathan Larson
How do you measure the success of Rent. In magazine covers? In Tony awards? In sold-out performances? Of all the songs from this cultural phenomenon, "Seasons of Love" is probably the most performed and its message became even more symbolic after the sudden death of Jonathan Larson.

"Defying Gravity," Wicked (2003), music and lyrics by Stephen Schwartz
What aspiring Broadway performer hasn't belted out this song? Remember when Rachel and Kurt duked it out on Glee? There is a reason it ends act one of "Wicked." Because it stops the show.

"Omigod You Guys," Legally Blonde (2007), music and lyrics by Laurence O'Keefe and Nell Benjamin
This is one of the most played Broadway songs on Spotify. Even though Legally Blonde only ran on Broadway for a year and a half, it continues to have a following.

"Ring Of Keys," Fun Home (2015), music by Jeanine Tesori and lyrics by Lisa Kron
"Ring of Keys" is a beautiful, simple, and innocent moment of discovery, the first time Alison starts to understand her sexuality. It has become an anthem for the LGBTQ+ community, as evidenced by this fan compilation video.

"Satisfied," Hamilton (2015), music and lyrics by Lin-Manuel Miranda
We don't need to tell you of the significance of Hamilton. After "Alexander Hamilton," "Satisfied" has the most number of Spotify plays. And it's just so catchy. And Renée Elise Goldsberry sings the hell out of it.

"She Used to Be Mine," Waitress (2016), music and lyrics by Sara Bareilles
Written by singer-songwriter Sara Bareilles and recorded for her studio album, "What's Inside: Songs from Waitress," the song already exists in the pop and musical worlds. Her version made it to the Billboard Adult Top 40 chart. Jessie Mueller sings it on the Broadway cast album.

"Waving Through a Window," Dear Evan Hansen (2016), music and lyrics by Justin Paul and Benj Pasek
It used to be that you could tell a Broadway songs popularity by the amount of sheet music it sold. Now, you can tell by how many people listen on Spotify. In 2020, Halfords analyzed Spotify playlists to name "Waving Through a Window the most listened to song from a musical in the car. That same year, Sportsshoes.com named the song the second most popular running song from a musical.