Have you ever loved a show so much you couldn't wait to share it? That's exactly what happened to one theatergoer when she saw "Waitress." 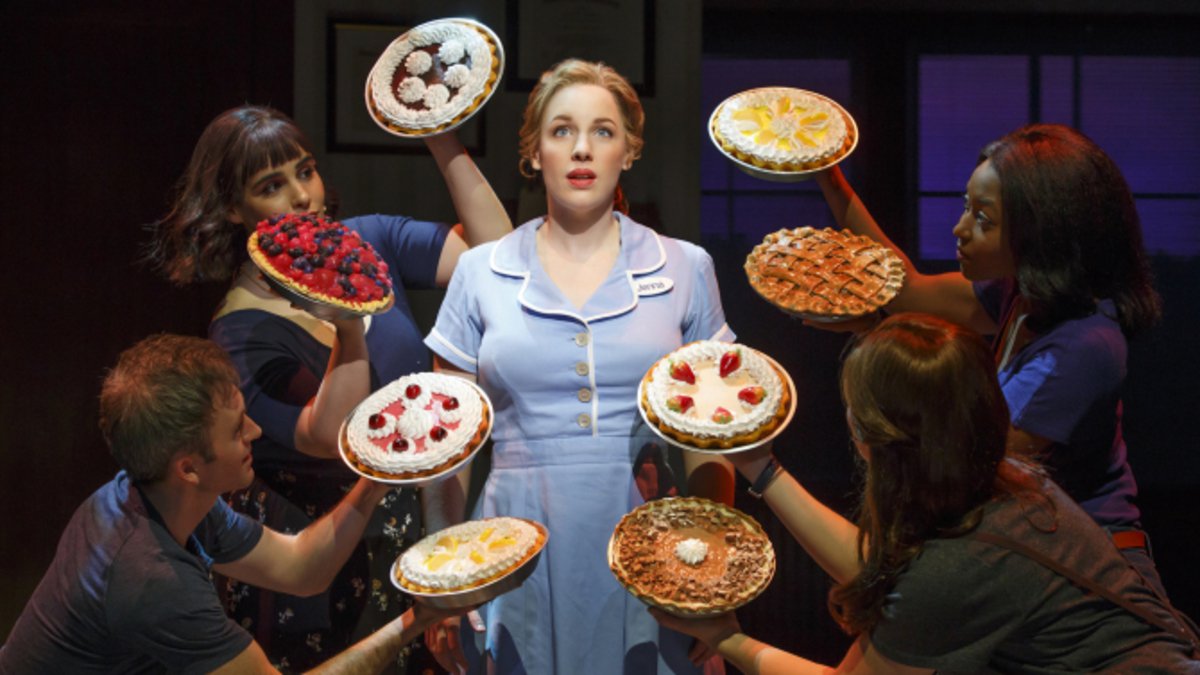 You know when you see a show, and it's “your” show? When something just clicks, and you know immediately that it’s going to be one of your favorites?

That's “Waitress” for me.

I'm lucky enough to be able to see a fair amount of theater, in part due to my job(s), and in part because of a friend who also gets tickets through work. We’ve been each other's dates to a number of shows, and always have a blast. So, when I got a text from her at 3 pm on a random Wednesday asking if I wanted to see “Waitress” that night, I was stoked.

Full disclosure: I had no idea what it was about. I had never listened to the soundtrack. I hadn't seen the movie or read the book. Still haven't—will get around to it at some point. All I’d heard was that the lobby actually smells like pie every night (it does) and that Sara Bareilles wrote the music.

It's not my usual type of show. The last thing I saw that I fell head over heels for was “An American in Paris”. It’s my all-time favorite movie and I loved the live version. But there’s just something about “Waitress” that I connected with as soon as the curtain rose. The simple yet intricate staging, the way the band is onstage the whole time; it really feels like you've stepped into a pie shop in a small town—like you’re a part of the story.

The music is great, but it was the cast that made the night for me. Jessie Mueller is a powerhouse, a true triple threat. And Drew Gehling. Swoon, right? He’s like the sexy nerdy funny doctor we have all dreamed of at one point. Plus, his voice is like a thousand angels playing in a handbell choir. So pure.

I was so overwhelmed with love for the show that I couldn't even wait until it was over to buy a second round of tickets. Seriously. At intermission, I did the usual things you do: hit the restroom, refill your souvenir wine glass (love those things). But I also immediately logged on to TodayTix to buy two more tickets.

Two tickets: one for me, one for my mom. She was coming to visit me the following week for the first time since I’d moved to the city with my now-husband. Having her there was a pretty big deal, and I’d been searching for the perfect mother-daughter date night. On that random Wednesday night, I found it.

Broadway shows are a big thing in my family, mostly due to my Dad. He’s the musical one. My mom enjoys the classics, of course, but she’s a harder sell on newer shows, a hit-and-miss type of person. Like me, she didn’t know much about “Waitress”, but I told her who the writer was (“oh, that girl with that song? What is it...that love song?”) and she was game. But I knew - I just KNEW - that she would love it.

I’d snagged the last two tickets for the following week’s performance, so we were BACK row, center. (The literal back row. Try it sometime—it’s a fun crowd!) I was actually a little nervous, because even though it’s a fairly lighthearted show, it deals with serious topics. The whole first act, I kept doing that thing where I watched my mom watching the show. As the lights came on at intermission, my mom and I looked at each other and I knew that she agreed. It was fabulous.

I think it was the perfect balance of everything that won her. The comedy in spite of the serious subject matter, Sara Bareilles’ accessible score, the girl power, the different love stories. To top it off, the creative team is a badass group of ladies (all too rare on Broadway).

Take your mom, your grandma, your best friend. Anyone who is a woman or knows a woman (read: everyone in the entire world) should see this show. And then go out for pie. Because pie is delicious—almost as delicious as “Waitress”.

Have you ever introduced someone to a show you KNEW they’d love? Tell us your story in the comments!