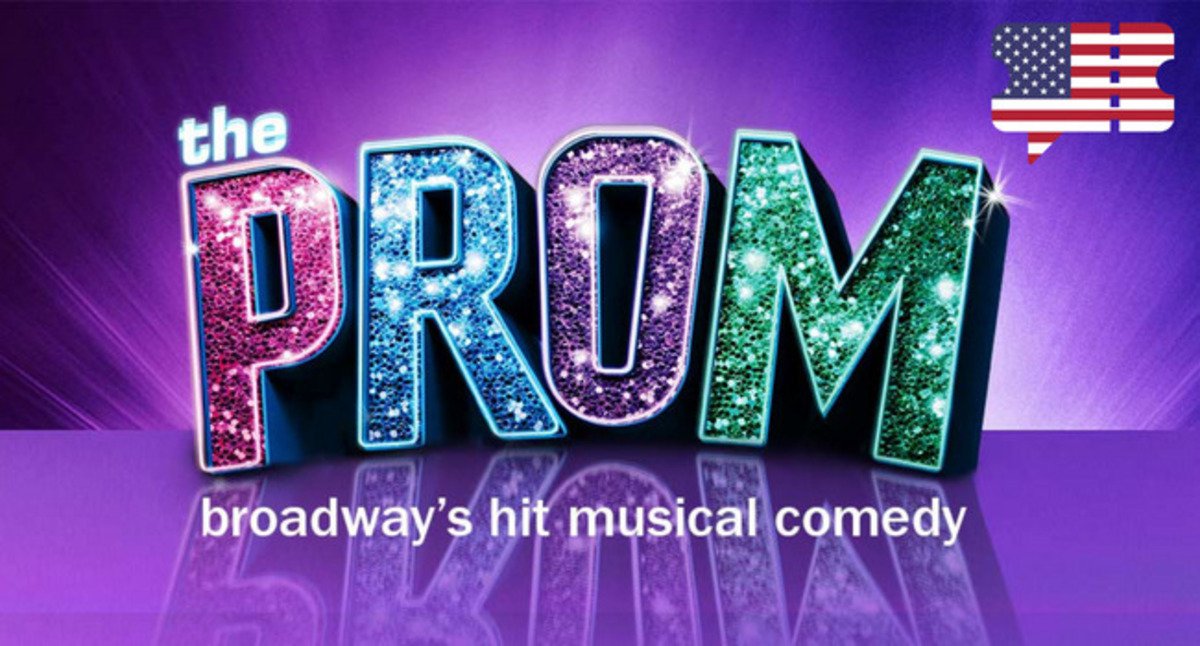 The music is joyful, the story is uplifting, and the choreography is killer, but the real star of the The Prom is its ensemble troupe of zany, lovable, instantly-iconic characters. See which one matches your personality based on your zodiac sign!

Warning: this post may contain mild spoilers for The Prom!

You're a Shelby/Kaylee hybrid! These confident, sassy, brutally honest best friends might not let you join their pre-prom photo sesh, but if they did, you'd find you have a lot in common. You're determined, passionate about what you believe in (even, sometimes, to your detriment), and not afraid of a challenge. Learn to apply that power for good, and you might have a shot at prom queen.

You're Mrs. Greene! You have a taste for the finer things, and you relish in everybody around you knowing it. You're steadfast, reliable, and responsible, but that means you're also particularly unwavering in your beliefs. Your investment in how you're perceived and your dedication to practicality can get in the way of your ability to grow and change, but once someone gets through to you, your allegiance to them is resolute.

You're Alyssa Greene! Just like Alyssa, you sometimes feel like you're two people existing in one body. One moment you're sure you want to stay in and have a quiet evening at home, the next, you need to find the rowdiest party in town or you feel like you'll go crazy. Your indecisiveness may seem like it only hinders you, but if you lean in, you might find that it makes you more empathetic, adaptable, and able to experience more than the average person. Alyssa laments: "You're not yourself, you're not what what she wants; you're someone in between." Let yourself enjoy the in-between every once in a while!

You're Trent Oliver! You're able to read people's energies and adapt to different environments seamlessly, which is exactly the kind of versatile candidate Julliard values in their theater trainees. You're super creative (you could probably write a song to be performed at a monster truck rally in a matter of hours), you're persuasive (bet you could convince a group of judgmental teens to let go of their bigoted ideas with no trouble at all), and though your moods are big, any chaos they may cause always seems end in success.

You're Dee Dee Allen! You're the undisputed queen of the jungle and you know it, which can sometimes cause problems in romantic relationships, in professional environments, and at Applebee's, but it also draws everyone to you. You're a natural performer, you live for attention, and you're just as dedicated to the people who are lucky enough to infiltrate your inner circle as you are to your own ambition. Your sign is known to evolve and only get stronger as you age, so you may as well go ahead and adopt "the lady's improving" as your personal mantra. 'Til then, we won't give up on you yet.

You're Sheldon! You're chronically organized, you're super practical, and some have even called you a perfectionist. You're willing to go the distance to ensure greatness not just for yourself, but also for those around you, which sometimes puts you in the position of being labeled "all work, no play." But if you weren't there to handle the hustle, who would make the calls to make sure everyone's booked and busy!

You're Emma Nolan! You're ruled by balance, which often makes you feel like life's middle child. All you want is harmony, and when you're put in a position where that feel impossible, it's hard for you to cope. You hate confrontation, and you'll carry a grudge your whole life, but you'd rather compromise your comfort in the pursuit of peace than go on living in turmoil. Your natural desire to connect and your infatuation with beautiful things makes you a born creator. Sharing your art with the world in an attempt to heal divides and make others feel heard will also put your mind at ease. At least for the day.

You're Ryan Murphy himself! You heard us: you're the ring-leader of the whole situation! Your resourcefulness, passion, and innate power makes you uniquely gifted at changing lives, both in widespread, universal ways, and in small intimate ones, too. Your intuition is unmatched, so your pursuits often make quite an impact, but your opaqueness alongside your clairvoyance makes you a formidable foe. Don't let people tell you that's a bad thing: you know what you want, and you're willing to work for it. Keep your head down, stay in the game, and who knows: in ten years or so, you might be solely responsible for Eleanor 2!

You're Angie Dickinson! You're ruled by your pursuit of knowledge and your desire for adventure, so you might find yourself getting swept up in more wacky schemes and impulsive ideas than the average Broadway musical veteran. You've seen a lot in your day, and you love passing on your wisdom with stories, advice, and maybe even a dance lesson or two. You're a natural comedian, which attracts friends from near and far, but you have trouble staying in one place, so your relationships may feel constantly in flux. Hang tight: the time is coming when your zazz will pay off and you'll find yourself a partner (or a whole troupe) who is ready to stick by your side every step-ball-change of the way.

You're Vera Glickman! This sign is represented by a mythical creature that's half-goat, half-fish, which is pretty fitting, as Mrs. Glickman is somewhat of an elusive figure...until she isn't. The Capricorn can be perceived as emotionless and cold, but that's only because you're still weighing the pros and cons of whatever new information you're presented with. It might take time for you to come around (like, say, 29+ years), but eventually, you'll learn that— just like you— everyone has traversed their own hardships. Change isn't your favorite, but you're rational and determined enough to find a way to accept it.

You're Mr. Hawkins! You're all about changing the world, even (or, especially) if that means changing one small-town mind at a time. You work tirelessly to be on the side of the underdog, and although you're an excellent administrative leader, you're not afraid to break a few rules to get in the good kind of trouble. You can be a bit stubborn in your pursuit of change, and your morals are sometimes a bit too unwavering, especially when it comes to judging those around you. But be mindful: you may find that if you ease up and let people in — even people who aren't as dedicated and as serious as you— you'll learn as much as you're able to teach.

You're Barry Glickman! When you feel something, the whole world feels it, and that can make you both a terrific friend and an unbearable drama queen. Ultimately, though, your unending well of empathy serves you and those around you, and more often than not, makes things better. You're musical, you're optimistic, you're drawn to helping (or fixing) others if it means getting to share a bit of yourself with them, and while your frequent desire to escape reality may seem like a detriment, it only makes your moments of staggering authenticity even shinier.

Grab your Cheetos, uncork the Dom, and be grateful that Netflix has built a prom for everyone, from Aries to Pisces. Streaming begins on Netflix on Friday, December 11!