Why Mrs Doubtfire is the hero we need right now 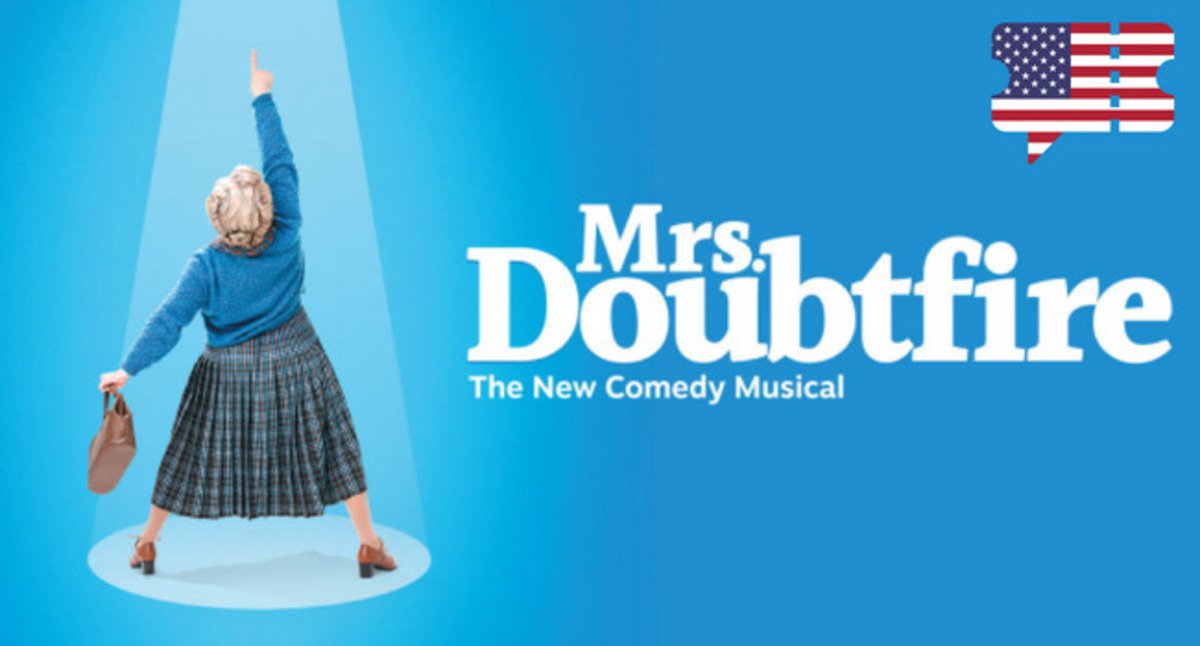 If you describe the character of Daniel Hillard in Mrs. Doubtfire as “someone who does whatever it takes to see his loved ones in person,” he becomes sympathetic even to those who’ve never dressed as an old British woman to spend time with their kids.

But moreso, it’s his alter ego, Mrs. Doubtfire, that takes on a new significance after the past year (or so) of hardships. The musical adaptation of the beloved 1993 Robin Williams film was meant to open shortly after the pandemic closed theatres, but it will now begin performances October 21, and the kind and caring Mrs. Doubtfire is timely and relevant right now. Here’s why.

Get tickets to Mrs. Doubtfire on Broadway on TodayTix.

Working parents had to adapt quickly to rapid change during the pandemic, when many of them had to convert their homes into offices and balance full-time work with 24/7 childcare. Parents, along with nannies, teachers, housekeepers, and more, were praised for their heroism and hard work.

Mrs. Doubtfire is in excellent company, as she too succeeds in being a loving and attentive presence to the Hillard children even before they know her real identity. (As far as working parents go, due credit should also be given to Miranda Hillard, Daniel’s ex-wife. She struggles with how to manage full custody of her children and maintain her career, and she succeeds in becoming closer with her children during the course of the show.)

In both the film and the musical, Daniel is an actor, and he uses his voice training to transform into a series of bad housekeeper applicants over the phone and ultimately, with a thick British accent, sells the part of Mrs. Doubtfire. But Daniel doesn’t create his character alone — beyond Mrs. Doubtfire is a village.

In the film, Daniel’s brother, the makeup artist Frank, and his partner, the costumer Jack, provide Doubtfire’s outfit and a full-face prosthetic. Their skilled creative work is a main reason Mrs. Doubtfire is unrecognizable to his own wife and kids. Don’t forget when you see Mrs. Doubtfire live (or even rewatch the film) that there’s a real-life creative team behind the scenes that meticulously designed Doubtfire for the stage.

Although Daniel is a well-meaning dad, he’s a flawed person like the rest of us. He defies Miranda (and gets in some trouble with police) when he hosts a loud, messy, animal-filled birthday party for his son. He faults his wife for choosing to have a career and not spending as much time at home with the kids. And, perhaps most obviously, Daniel’s decision to create Mrs. Doubtfire and deceive his family to get close to them is morally gray.

However, as Mrs. Doubtfire, Daniel learns how to do numerous chores and childcare tasks, and he comes to appreciate all the work his wife does to provide for the family. Since he does this in disguise, the Mrs. Doubtfire character becomes synonymous with the idea that showing devotion through simple acts is important. The hardworking Mrs. Doubtfire can be an inspiration for anyone looking to grow and change.

She’s an emblem of kindness.

Mrs. Doubtfire is synonymous with love, compassion, and comfort. Although the character is a disguise, Daniel created her from a place of true familial love. Mrs. Doubtfire nannies the Hillard children with a firm but loving hand, always keeping their wellbeing in mind.

Furthermore, at one point in the show, Mrs. Doubtfire's kindness gets noticed by others, and she, with puppets in tow, becomes a Mr. Rogers-esque fixture that symbolizes kindness and generosity for people beyond the Hillard family. She reminds audiences that “if there’s love, dear, those are the ties that bind.” Couldn’t we all always use a little more love?

Get tickets to Mrs. Doubtfire on Broadway on TodayTix.