Why the Play "Wit" Made Me Cry So Hard

Some plays hit us harder than others. One theater lover describes her very personal response to “Wit”. 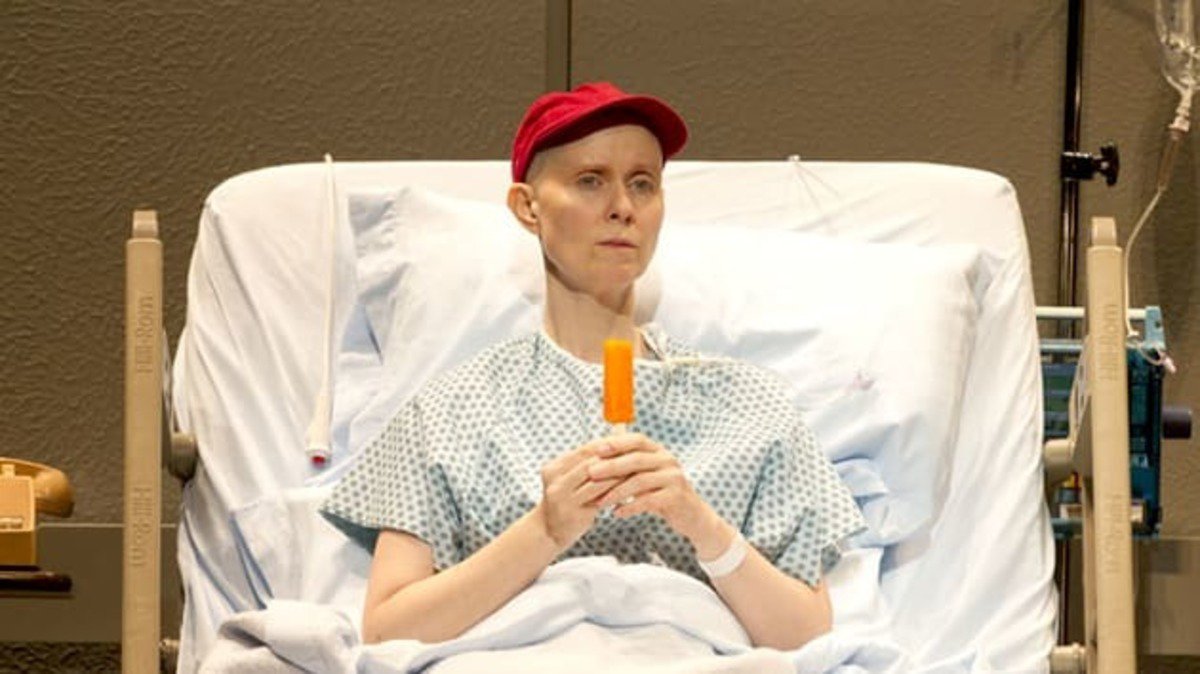 I didn’t cry a lot when I was sick. I was too busy, stressed, and scared to allow myself to break down in tears. It was almost five years later, when I saw Margaret Edson’s “Wit” on Broadway, that I experienced cathartic sobbing about having had cancer. And once I started, I didn’t stop. The moment Cynthia Nixon walked onstage, I began to cry and continued to do so for the entirety of the 100-minute play.

I knew I would be moved deeply by “Wit”, which tells the story of Vivian Bearing, an English professor fighting a losing battle against ovarian cancer. How could I not be? Nixon, a cancer survivor herself, was playing the leading role, directed by fellow survivor Lynne Meadow. I was confident Edson’s play would be a sincere portrayal of someone’s experience with the illness rather than the saccharine depictions at which I often roll my eyes.

Stories about cancer, especially about women battling it, are often problematic to me. I find the plots formulaic and predictable, often concluding with a declaration that the patient “knows what’s important now.” I certainly didn’t experience that while going through treatment. But with Nixon, an incredibly sincere and empathetic actress playing the woman fighting the disease, I was confident those clichés would be avoided.

With a few years and some emotional distance between my own diagnosis and “Wit,” I thought I was prepared to see the play. Then Nixon walked onstage, dressed in a hospital gown with a baseball hat covering her shaved head, and spoke her first line.

And the tears began.

I’ve never been much of a crier at shows. A few tears have welled up here and there, especially during Sondheim musicals. I guess I’m too self-conscious and worried that I’ll distract people around me, so I’ve always held back from crying in public. So actual crying—even for a moment, let alone throughout an entire play—had never happened before that night. I’d stored several packets of tissues in my purse, but I didn’t think they’d actually be needed. They were. So were the ones my friend had brought, which she quietly handed me throughout the show.

One of the reasons I love Nixon’s acting is her ability to appear defensive while still allowing moments of vulnerability to show. (During the “Sex and the City” heyday in my college years, I was told many times that I’m a Miranda.) That contradictory combination of emotions—all too familiar to a fellow patient—was apparent from the first word she spoke as Vivian.

It was easy to lose myself in her story, but it also brought back memories of my own: diagnosed with stage three thyroid cancer at 23 at the same time my workplace was facing bankruptcy, I rushed into treatment so I could complete the surgery and radiation treatments before I lost my health insurance. I was so focused on the ticking clock that I barely processed what was happening. Saying, “I have cancer” became automatic, even robotic, with almost no emotion behind it. I didn’t cry then, because I didn’t have time to. And when I had finished my treatments and could move on with my life—at least physically—I didn’t want to.

I never would have thought those tears were still there, but they were. And while watching Nixon in “Wit,” I finally found time to cry.

Have you ever cried at a play or musical? Share your experience in the comments. And if you want an early glimpse at one of the year's most emotional musicals, enter to win our "Greatest Showman" contest.