Your Guide to New Jersey Theaters! 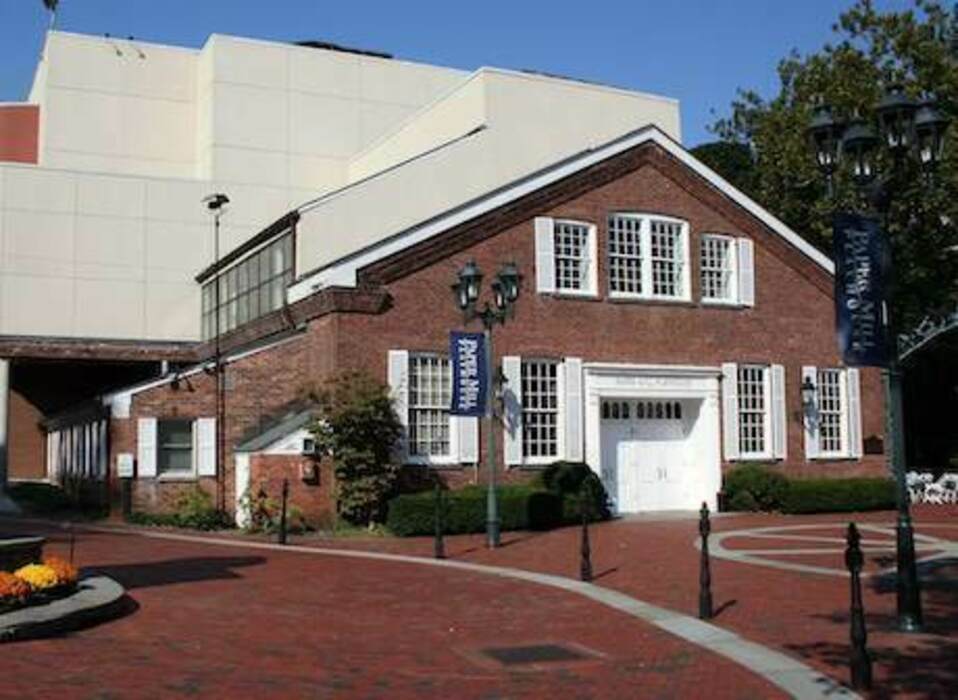 ﻿﻿Whether you're vacationing down the shore or tired of the sports traffic at the Meadowlands while heading into the City, the Garden State has the perfect theater for you! With 35 professional producing theater companies across the state, there's something for everyone to love - and Show-Score can help you find it!

Are you looking to catch a never-before-seen musical before it goes to Broadway? How about a play the whole family will enjoy? There's plenty of variety right in your own backyard. We make it easy to find your New Jersey Theater!

Looking for variety? Centenary Stage hosts events ranging from a full theatrical season to iconic concerts and professional dance company performances. From their Young Audience Series through their Fringe Festival, there is something to catch anyone's interest.

Dreamcatcher presents contemporary theater and new works through a resident ensemble of actors. Be sure to check out their house improv team, cabaret nights, and spring playreading series where you're invited to discuss what you just saw with the playwright, director and actors afterwards!

In addition to their Mainstage season full of new plays, Luna Stage also has the site-specific NJ theater you've been looking for: the Secret Cities program is all about creating new works with, about, and for local communities. When that program isn't running, the New Moon series gives you the chance to attend readings for plays in all stages of development - and it's free!

Winner of the 2016 Regional Theater Tony Award, Paper Mill is best known for presenting new musicals, several of which have gone on to Broadway success (including Newsies and A Bronx Tale). It's dedicated to making theater accessible to all and was the very first theater in the nation to present Sensory-Friendly performances.

If you want to see emerging talent in high quality productions, check out Premiere Stages. With casting opportunities for Kean University students and a focus on new play development, this is the place to go for a glimpse of the future of American theater.

The whole family can be happy at The Growing Stage, a company dedicated solely to producing shows for young audiences and their families. They may be a children's theater, but they produce shows meant to engage audience members of all ages.

Winner of the 1999 Regional Theater Tony Award, Crossroads Theater Company is one of the nation's leading theaters focused on bringing the African American experience to the stage. They develop and produce plays meant to tell honest stories and bring people together across cultural bridges.

George Street Playhouse has produced several productions that have gone on to Broadway and Off-Broadway theaters, including David Auburn's Tony Award and Pulitzer Prize-winning Proof in 1999. Their current season includes everything from a suspenseful thriller to a romantic new musical in their brand new space at the New Brunswick Performing Arts Center.

With only 100 seats in the theater, each audience member gets an intimate, personal experience here. The plays at Passage Theatre Company are often new works from diverse, contemporary voices that discuss social issues and reflect the Trenton community today.

Two River Theater is committed to creating more diversity in their productions with a special focus on diverse casting and having works by African-American and Latinx playwrights as a vital part of their season. Plays that began at Two River such as Be More Chill and Hurricane Diane have gone on to have Broadway and Off-Broadway success.

Cape May Stage
Cape May, Cape May County

Cape May Stage presents a range of classic through contemporary and brand new plays in an intimate, 128-seat theatre. Built by a local architect as a church in 1853, this theater is a historic staple of the town and Cape May community which has been producing Equity productions since 1988.

As South Jersey's only year-round professional Equity theater, Eagle Theatre produces over 160 performances each year. They've got plenty of variety for you, including reimagined revivals, world premieres and a program dedicated to bringing arts education to schools in under-served communities.

East Lynne brings American theater to life through both classic revivals and new works. Their shows are written by American playwrights or based on literature by American authors and work to reflect the American experience on the stage.

Whether you live nearby or are vacationing down the shore, Surflight Theatre has been entertaining audiences with high-quality productions for over 70 years. They're a family-friendly destination with children's theater, musicals, plays, comedy and concerts.

The New Jersey Theatre Alliance provides programs and services to professional, not-for-profit theatres in New Jersey and the audiences that enjoy them.