A Florida police station in the middle of the night. Two parents searching for answers. Kerry Washington (“Scandal”) returns to the Broadway stage alongside Steven Pasquale  ("Junk") in this unflinching new drama.

Marking the Broadway debut of playwright Christopher Demos-Brown and directed by Tony Award winner Kenny Leon ("A Raisin in the Sun," "Fences"), "American Son" offers a look at who we are as a nation, and how we deal with family relationships, love, loss, and identity.

See it if you're into a compelling short play, that manages to sum up the mainstream challenges of current race relations and our various prejudices

Don't see it if you're looking for a new or original angle on this topic (try Slave Play for that!),or prefer material that's less heads-on and more nuanced

See it if You enjoy thought provoking and intense plays that are very well acted about racial issues facing our country today.

Don't see it if You really only want to be entertained without being stretched and broaden at the same time.

See it if you want a play about race relations, you want to see some great actors

Also Was disappointed with this play. While the topic of race relations, especially with regard to police and black men, the evening seemed to be one of constant high volume disagreements between the characters. There was so much "yelling" that I felt little empathy for any character.

The topic of police relations with young black men is important. However, this play seemed to set up a lot of questions and left most unanswered or even discussed.

This play needs to be reworked to be more effective to the theater goer.

Don't see it if no reason not to

See it if It's an intense dialog on race by talented actors with some impressive faux rain.

Don't see it if There are plays I describe as "more important than good. This isn't one, but you can see it from here. It's good but slightly unrealistic.

See it if you want to see a relevant, well written play dealing with current racial themes

Don't see it if you don't like small scale dramatic plays

See it if 4 person play that deals with race, racial justice as 2 parents face a missing child who is black play explore criminal justice and race

Don't see it if if you have tired of race as an central issue in a play. Small theater No elevator. 90 minutes no intermission

See it if you want a well-acted small-cast drama that's tight, timely and tense. Thought-provoking. A packed 90-minutes with punches.

Don't see it if you want to be "entertained" or don't want to have your assumptions challenged.

See it if you like realism; plays about racial violence/police brutality that are also family dramas; and abrupt endings that don't sugarcoat

Don't see it if you question the dramatic value of plays that are one long, realistic scene; you don't like being emotionally manipulated by "shock" endings

Also There are several places where the play feels a little plot-device-y, but the worst is at the end -- there's no chance the lieutenant would have revealed the information in the way he reveals it. For me, this shook me out of the play so much that it took away much of the play's previous credibility and power and left me feeling manipulated.... Read more Read less

See it if if the state of race relations anfd the justice system in America are of interest,excellent acting, thoughtful dialogue, intense drama

Don't see it if characters are pretty one-note, and the writing is kind of predictable. the story itself is interesting, but the storytelling could use more

See it if If you are moved by current racial issues. An emotional and gripping experience.

Don't see it if You are not interested in racial justice.

See it if You want a gripping drama that just doesn't let up and that delivers a sucker punch in the end. Cast is top notch

Don't see it if You want an upbeat, light show. You don't like shows about race or issues that this country deals with on a daily basis

Also If you love theatre then see this show. I wasnt bored for 1 second. Really thought provoking. The cast did a really good job of bringing so many viewpoints to the table... Read more Read less

See it if While the subject matter is an affront to our so-called enlightened society,this play showed the raw emotions of a couple trying to deal wit

Don't see it if IF YOU DON'T LIKE THE SUBJECT MATTER WHICH I WON'T DISCLOSE BECAUSE IT IS VERY REAL TO AFRICAN AMERICANS IN THIS COUNTRY.

Also h their own emotions as well as worrying for their son.Kerry Washington and the entire cast were absolutely phenomenal.This play was so intense that i walked out of the play with a headache because of the intensity.Please go see this play before it closes.KUDOS to the entire production.A great play.... Read more Read less

See it if you enjoy a well acted very serious drama about race relations.

Don't see it if you just want to see Kerry Washington - this is a very heavy show that may catch you off guard.

Don't see it if If you are looking for a light, happy show

Also Wow. This is a very powerful piece of theatre. It shows from different angles issues relating to black lives matter. It is very intense show and it has you hook from the start. The acting is brilliant, really a must see show.... Read more Read less

See it if A story that plays off sad current events suits you. The characters are compelling and keep you invested, even though you can see the end.

Don't see it if You only want to see one side. Like "The Revolving Cycles" the police side is also presented in a thought out, understandable manor.

See it if You like real drama about real people that hits you in the gut. This is not a play you enjoy so much as feel intensely.

Don't see it if You don't like contemporary drama that mirrors our times or if you don't like plays about race.

Also Sadly, Steven Pasquale wasn't in the play when I saw it. I stayed anyway since he's been out ill a lot and I didn't know if he'd be back before the play closes. If that's important to you, check first.
It's ok, I'll see him in it when it's on Netflix.
... Read more Read less

See it if You have an opinion about Black Lives Matter/Blue Lives Matter. A powerful and relevant play about NOW. Very well-written and performed.

Don't see it if You're a mother; it will be hard to watch.

See it if you are interested in discussion about race in our time.

Don't see it if thoughtful drama is not your thing.

Also Very intense and definitely thought-provoking, more and more as the play goes along.
I only wish that Kerry Washington's performance had less screeching and more gentle, strong expression.
... Read more Read less

See it if you're not aware how the daily fears of parents with non-white children are lived and realized.

Don't see it if You become upset with realities of how unjustly many individuals are treated by the police.

Also Nice to see "stars" on stage. But, I wasn't impressed by director's choices that I saw exhibited.

The script delivers a very important message. Audience members of all races can identify and learn from the never-ending scenarios brought into a moving story (if they aren't aware already).

The show seems predictable, because it's outcome is very common in the times in which we live.

I did enjoy Ms. Washington's performance, but she seems to have played pretty much the same emotions throughout. (I do find the director at fault in this case.)

I feel that even though the story's end is foreseeable, there still wasn't enough surprises ... could be the script, could be the direction ... I guess as an audience, one must see the show to judge for themselves.

Because if the content and relevance, I could see the show being considered for a Pulitzer Prize, but I don't see it taking the big award at the Tony's.

See it if You get free tickets, you're a big fan of Kerry Washington.

See it if you enjoy great acting in a timely drama discussing the difficulties of being Black in America today. Well done production.

Also This was a well written play that honestly discussed racial as well as personal family problems faced by an inter-racial couple who are concerned about their missing son. Although a short play, it is intense serious drama that is presented by an excellent cast. The audience audibly gasped at the shocking ending. It is a very emotionally moving story that gripped the audience from beginning to end. The parts were well cast and well acted. Ms. Washington and Mr. Pasquale were both believable in their portrayal of the lead characters and the supporting cast were equally believable in their respective roles. This play is well worth seeing.... Read more Read less

See it if You enjoy a powerful story of today’s reality. Simple setting, powerful acting.

Don't see it if You want a light story line.

See it if you want to experience an outstanding performance by Kerry Washington and the cast that leaves you breathless, stunned, and powerless.

Don't see it if you are not interested in seeing a play about race, relationships, perceptions, and problems that exist in society today.

Also The audience gasp at the ending is heard throughout the theatre and makes the viewer indecisive about whether to applaud for what was witnessed on the stage performed by the amazing cast. A standing ovation which is well deserved comes next. The play is powerful, impacting, and emotional.... Read more Read less 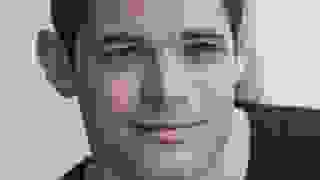 Jeremy Jordan is a Tony and Grammy-nominated actor and singer. He starred for the past three years on the CBS and CW hit, Supergirl [...] 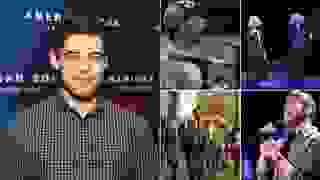 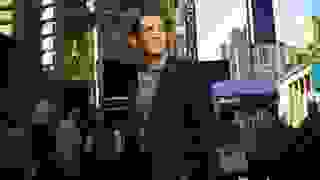 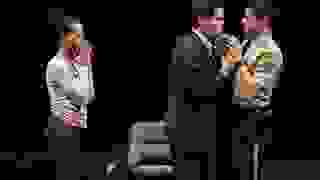 In the new play American Son, Kendra (Kerry Washington) is sitting in a Miami police station. It is just after 4 a.m. A brutal storm is raging outside with sheets of rain, thunder and lightning. The tension is understandably palpable. Kendra’s 18-year-old son Jamal has been missing since 8 p.m. Jamal is a good kid [...] 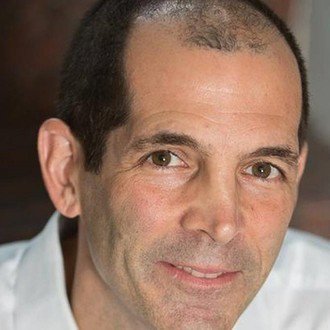 Christopher Demos-Brown
Playwright
Get Alerts Alerts On Alerts Off 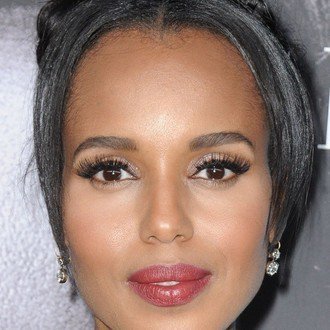 Kerry Washington
Kendra Ellis-Connor
Get Alerts Alerts On Alerts Off 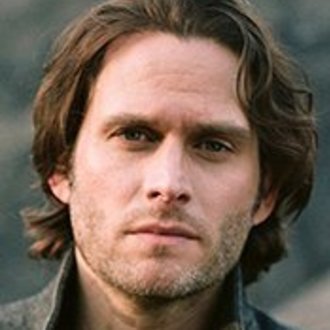 Steven Pasquale
Scott Connor
Get Alerts Alerts On Alerts Off 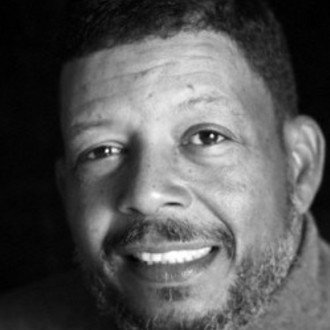 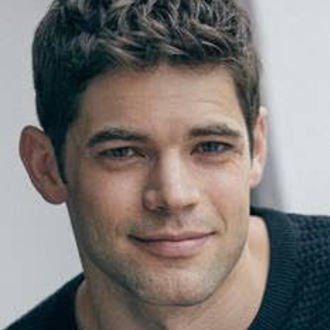 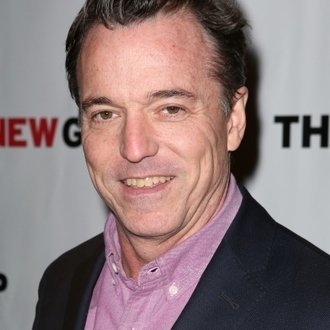 Derek McLane
Set Designer
Get Alerts Alerts On Alerts Off