Don't see it if you expect the movie and/or lavish over-the-top sets. Some scenes are shocking but it's following the original book.Some inappropriate jokes

Also I was very pleasantly surprised. The reviews were harsh.
Yes, the sets are not over-the-top and there are no big gimmicks, special effects and stunts. But it is clever and visually appealing. A bit of imagination is required for full enjoyment.
The music blends so well with the story and furthers the plot along seamlessly.
The whole cast is so talented and Borle gets a role big enough to showcase his full talent. Kudos!
This was very enjoyable and easily fun for all ages.

Don't see it if You are looking for something serious. I find the critics reviews unjustifiably harsh. If you want a fun time, this is a great choice.

See it if You have kids. It's a light and easy version of the story. Understated but clever staging. Weak music, but Borle is marvelous!

Don't see it if You expect a rehash of both movies or want to be dazzled. It's OK... entertaining with some strong moments, but some meh as well,

Don't see it if you can't just let your imagination run free & enjoy a confection of a musical that is long on fun, if a little short on grand spectacle.

Also There are some lost opportunities here, especially with the set design, and Christian Borle is no Gene Wilder, but this show still has the power to thrill. It's just plain fun (with a positive message).... Read more Read less

See it if I love the first movie, its close to the movie, but I wish the stage more.

Don't see it if Its close to the movie but I was left something missing, watch the movie.

See it if you're looking for some light, sweet, nostalgic entertainment the entire family can enjoy.

Don't see it if you have high expectations for the scenic design (it's not nearly what it could be) or are a Willy Wonka purist (this won't satisfy you).

See it if You love the book and/or movie of Charlie and the Chocolate Factory. I enjoyed it. Christian Borle was great. Especially in second act.

Don't see it if You are concerned that the demise of four of the five children in the story might upset your own youngsters. Could be frightening for some.

Also The special effects, costumes and lighting tricks were fantastic and really made the show special.... Read more Read less

See it if You want a non-Disney family musical to take the kids to, and don't mind it being a bit too saccharine for adults.

Don't see it if You don't like your senses assaulted for 2.5 hours. This is a sugary, loud, brash show that exists to play to families of tourists.

See it if you enjoy bright lights, colorful sets, and seeing through the eyes of the young children in the audience. Christian Borle is always great.

Don't see it if Where's the magic? Where's the joy? Though darkly themed, I was expecting the show to be magical. Instead, it just seemed mean and slow.

See it if You are a Christian Borle fan and have a childish imagination. Go to the show in a good mood and sit next to happy, positive people.

Don't see it if You are expecting elaborate sets and an exact replica of the movie. You are not open-minded to the most original oompah-loompahs ever.

See it if you just want a fun show.Borle is a gem & always worth seeing in anything.This has your favorite songs from movies, is just as delightful.

Don't see it if you like serious musicals.Like all Dahl books, this has a deep message & a dark side.But it is MUCH improved since London & is worth seeing.

See it if open to quirky, colorful, whimsical worlds stemming from "pure imagination"; if you're a child or child at heart. Christian Borle delights!

Also I'm not the biggest Roald Dahl fan, but his works have always held a spot in my heart due to nostalgia. I love Gene Wilder's take on Willy Wonka, and even enjoyed the Johnny Depp version nearly as much: I have also always had a special affection for young Charlie Bucket and his family. I went into this new musical, therefore, not wanting to get my hopes up. While Broadway's Charlie and the Chocolate Factory could do with larger sets (and lower prices for their merchandise booth chocolate bars!), I have a feeling that pared-down set design is due to the difficulty in changing sets so often (some look heavy) and not making the show glaringly ostentatious. Adults playing children (minus Charlie) did not distract--they really embodied their roles well. Christian Borle definitely is committed (as always) to making his semi-Gene-Wilder-inspired portrait of the mysterious and iconic candymaker his own. This is not a musical for those who want rich romance and "pretty" sets. Come for fun!... Read more Read less

See it if you like an upbeat, lively show with great music, singing, dancing and cute effects. This show was fun from start to finish.

Don't see it if you don't like musicals or whimsical shows.

Also While there were many children in the audience, I think parents have to be careful when choosing this show for younger kids. In case you know nothing about this story, SPOILER ALERT: Children on stage are gruesomely killed by exploding, being ripped apart or shrunk to Barbie doll size. I heard one little boy say (just before he threw up in the aisle) "Is she really dead?"... Read more Read less

See it if Great production of classic tale with some alterations in story.Use of adults to play the children is a terrific idea.Cast is outstanding.

Don't see it if Prior knowledge of Wonka story is helpful. Show is great fun. Use of puppetry for oompa-loompas works very well. Well acted and sung by all

See it if you're a fan of Borle or Hoffman. If you can get a discount ticket. If you like dark humor--badly behaved kids get what they deserve.

Don't see it if you can't get a cheap ticket. Much better shows out there for the money. Still, it was better than the reviews led me to believe.

Also I got a discount ticket before the reviews came out. I went in expecting a disaster and was pleasantly surprised.

Missed opportunity for a spectacular set--I found it rather bland.

Finally, this was absolutely the most badly behaved audience I have ever experienced. People talking, using their phones, playing musical chairs, walking in and out of the theater constantly, loudly munching. A woman near me had a tiny infant on her lap who (surprise, surprise) cried and made noise throughout. Really, why bother going to a show?

See it if Borle and Faust shine as Wonka and Charlie in this cute, well acted, family-friendly fare. Act 2 was better than the first.

Don't see it if You expect typical Broadway sets. These are mediocre at best. I did however, enjoy the production more than I'd expected.

See it if you are a fan of the book and want to see it brought to life. The show is very funny but dark as most Roald Dahl books are.

Don't see it if child cruelty is too disturbing for you. Many of the golden ticket winners do not have a happy fate.

See it if You love Christian Borle; you like clever staging; you'll enjoy figuring out how those oompa loompas work

Don't see it if You need it to be exactly like the movie; you don't like adults portraying children

See it if Exceptional cast led by Borle; Oompa Lumpas and Veruca Salt dance scene are masterful; has great heart and fun for 9-13 year olds

Don't see it if production values seem more for the road than a first-class Broadway production; maze scene looks like a high school summer stock scene

See it if You want an enjoyable, mindless, entertaining but not particularly impressive evening in the theatre. The staging is lacking at times.

Don't see it if You expect the show to be just like the movie, you are expecting Borle to act like Gene Wilder. He does his own thing, which is rather good.

See it if You like slightly twisted kids-to adult musicals. The oompa loompas were hysterical. It was very sweet.

Don't see it if You want to engage with a dramatic story.

Also I felt somewhat embarassed for Christian Borle. He deserves much better than this. But I did think Jackie Hoffman was great.... Read more Read less

See it if You like cutesy musicals with some clever staging tricks, the Charlie and the Chocolate Factory story, or Christian Borle!

Don't see it if You expect extravagant sets reminiscent of the movies, or are offended by on-stage violence (though done in good humor!).

See it if You like the story, are a Christian Borle fan, or want to bring children to a fun show

Don't see it if You don't show which have audiences with a lot of children, or don't like musicals.

See it if you are a fan of the story or of any of the actors in the show, or just curious about how they would portray the story live on stage.

Don't see it if you believe that this story should contain an amazing set for the chocolate factory because they utterly failed in this department. 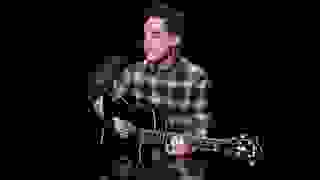 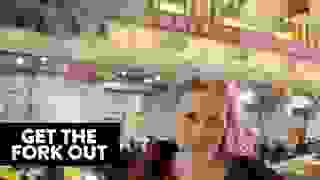 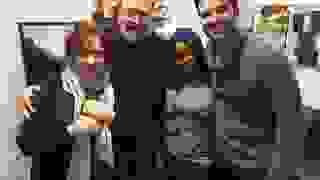 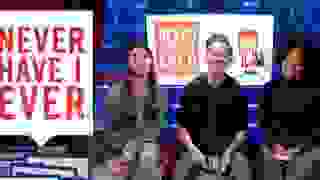 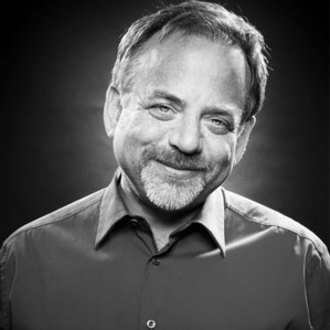 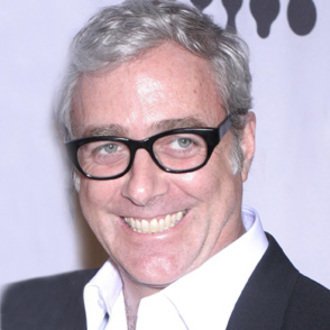 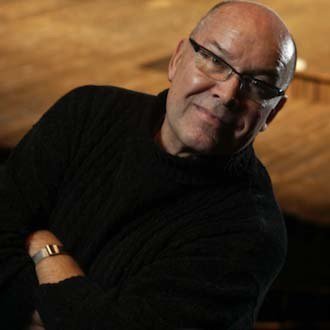 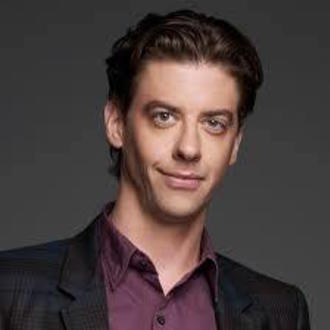 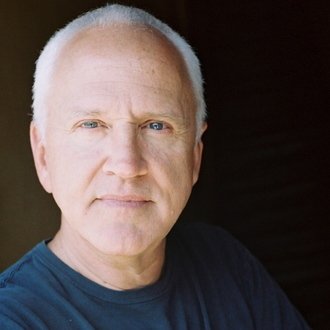 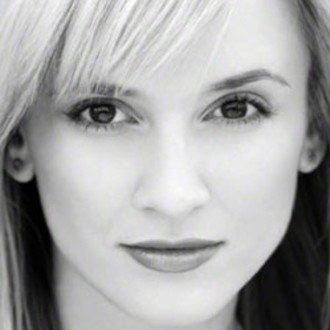 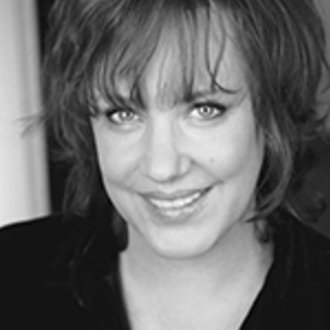 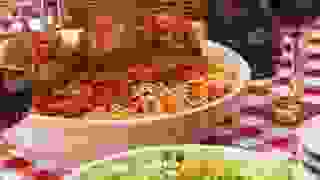 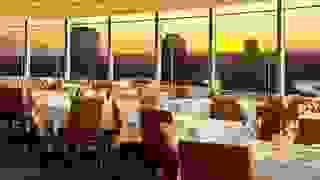 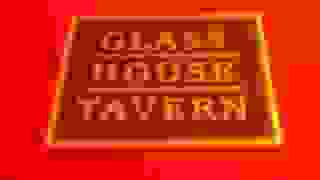