Winner of the 2016 Pulitzer Prize for Drama and 11 Tony Awards, Lin Manuel-Miranda's musical about "America then, as told by American now" is a global phenomenon, incorporating hip hop, R&B, and traditional musical theater to tell the country's origin story in a whole new way. Along with characters like George Washington, Thomas Jefferson, King George III, Aaron Burr, and Angelica and Elizabeth Schuyler, the musical tells the story of a political mastermind and the country he came to build.
2h 40m | Open run | Richard Rodgers Theatre (Midtown W)
Cast & Creatives | View Trailer | Nearby Food & Drinks | Official Site

See it if you can get tickets. Beg, steal, or borrow to get those tickets. You'll be glad you did!

Don't see it if you can't pay close attention to words. This show takes dedicated concentration, for which you'll be richly rewarded.

See it if If you love musical theater, excellent music and an epic story this show is for you. One of the greatest musicals to have come up.

See it if You can get a ticket. Not only lives up to all the hype but actually surpasses it. Different, in a good way, from anything I've ever seen!

Don't see it if I can't think of a single reason you wouldn't want to see this show.

See it if You want a different kind of musical. Well staged great singing, directing

Don't see it if Can't give a 100 le mis was the only show I gave that too. I really liked but liked le mis and kiss me Kate better.

See it if you have a pulse.

Don't see it if you're crazy not to.

See it if you want a smart, original, clever interpretation of a fascinating period in our history (& you want to see what all the hype's about).

Don't see it if you have to spend thousands of dollars for tickets. (It'll be around for a while. It is well-worth face value and worth the wait.)

See it if What more can you expect? Going in with high expectations was matched by a superlative production. Not a weak link anywhere .Go, Go, Go,

Don't see it if There is no option if you love theater. Maybe the cost?????

See it if you like innovative theater that grips you from the first note, want to be caught up in a fairly accurate historical story, great music

Don't see it if you have trouble concentrating closely and want musicals be fluff, plan to go in hating the show

See it if All the superlatives apply to this hip-hop/rap historical locomotive that won't be hitting the end of the line. NY is the greatest city ITW.

Don't see it if Cast changes can't sustain inevitable quality degeneration. First act is an assault to the senses, before settling into more standard fare.

Bruce 6
New York City
65+ | Male
550 reviews
Get Alerts Alerts On Alerts Off
97
Deserves all the plaudits it has received; breakthrough musical of the 21st century
February 11th, 2017

Don't see it if female characters largely passive, don't feel emotional connection to A. Hamilton until late in 2nd act

Also It is heartening to see that an immensely popular musical like Hamilton is actually a serious piece of theater, focusing on ambitious themes like the relationship of fathers and sons, duty to country vs. family, attributes of passion vs. caution, who defines our history, etc. while animating and showing the foibles of major Revolutionary War figures whom we have - until now - worshiped from afar. Contrast this with other popular musicals of their time: Cats, Phantom, etc. that are largely forgettable entertainments. SECOND VISIT 8/1/18: cast changes: stronger Burr, weaker Washington; choreography, flow btwn scenes even better; weakness of scenes of Hamilton at home w wife vs. riveting scenes in battle & fighting 4 Constitution more pronounced... Read more Read less

See it if you have a pulse (and a few dollars).

Don't see it if you're dead.

Don't see it if There's no reason not to see it. Even if you have to Wait For It, it's worth it!

See it if you're familiar with and like the cast album. The show is almost entirely the album. If you don't know the music first, you may get lost.

Don't see it if you're not into hip hop or are turned off by a lack of good parts for women in theatre. Out of only three women, two play clichés.

See it if You want to be wowed. You love history. Music. Great acting. Amazing!!

Don't see it if Everyone should see it.

See it if You can get tickets.

Don't see it if You're not into the hype whatsoever.

See it if I was a fan of Hamilton the man and read the book before the show came out. Show follows the book very well.

See it if you would like to see the most original and creative show on stage anywhere.

Don't see it if Can't think of any reason not to see the show.

See it if you are in the least bit interested in the future of the American Musical Theatre. "Hamilton" shows innovation at its best.

See it if a brilliant combination of rap + hip hop style in an unforgettable world class musical with superb acting and singing and smart comedy !

Don't see it if The only reason not to see this is if you really absolutely cannot tolerate rap style music ! Oh, and if you can't get a ticket !

See it if You love brilliant musicals that not only teach us history but uniquely use rap to deliver the words; timeless; appeals to all ages;cast!!!!

Don't see it if Phantom of the Opera is still your favorite musical; Cannot follow rap beats or are hard of hearing; Hate politics

See it if you appreciate groundbreaking brilliant theatre.

Don't see it if there is no reason not to see it!

Don't see it if you're not willing to give hip-hop a chance.

See it if you love musicals which are a bit different; you appreciate rap style music; you are interested in Hamilton; you can sit for 3 hours.

Don't see it if you totally hate rap music; you have no desire to know about Alexander Hamilton; you are not a "follower" of everyone else who gave raves.

See it if you want to ascend to the next level of Broadway storytelling, to be immersed in history & entertainment engaging in a whole new way

Don't see it if you're afraid you won't like the rap which seems to me actually more akin to the stylings of Gilbert&Sullivan, or can't sit rapt for 3hrs

See it if Lin-Manuel Miranda compresses Chernow’s 800-page biography of Hamilton into a musical of rap and song. Words come fast and cover many years.

Don't see it if Even if you don’t like rap mixed with various music styles, you should see this unique tradition-breaking musical.

"Yes, it really is that good...I am loath to tell people to mortgage their houses and lease their children to acquire tickets to a hit Broadway show. But 'Hamilton,' directed by Thomas Kail and starring Mr. Miranda, might just about be worth it — at least to anyone who wants proof that the Americ...
read more
Get Alerts Alerts On Alerts Off
"What is left to say? After every critic in town (including me) praised the Public Theater world premiere to high heaven; and after seeing this language-drunk, rhyme-crazy dynamo a second time, I can only marvel: They used up all the damn words. Wait, here are three stragglers, straight from the ...
read more
Get Alerts Alerts On Alerts Off
"A second look suggests that something even more significant is going on. The breakthrough isn’t so much the incorporation of those contemporary genres; after all, Miranda already did that, throwing in Latin music to boot, in the charming 'In the Heights.' But 'Hamilton' not only incorporates new...
read more
Get Alerts Alerts On Alerts Off
"Having already become a cultural phenomenon in its off-Broadway premiere run earlier this year at the Public Theater, 'Hamilton' — written by and starring Lin-Manuel Miranda, who previously made a name for himself on Broadway with 'In the Heights' — seems a shoo-in for smash hit status and a sle...
read more
Get Alerts Alerts On Alerts Off 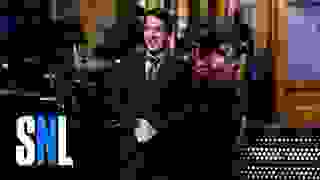 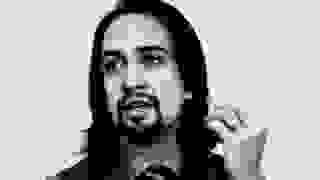 A Hip-Hop Interpretation of the Founding Fathers

An in-depth look at how Lin-Manuel Miranda developed Hamilton. 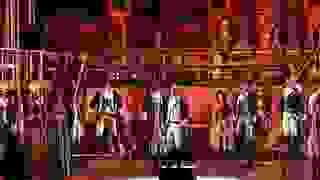 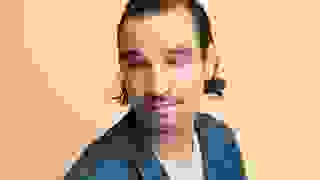 Javier Muñoz, the New Star of 'Hamilton,' on Performing for Obama, Living With HIV, and Life After Death
GQ 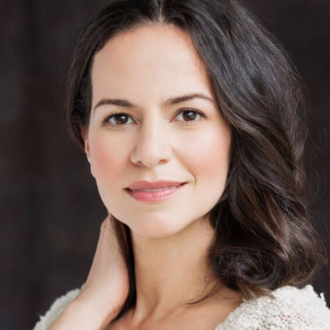 Mandy Gonzalez
Angelica Schuyler
Get Alerts Alerts On Alerts Off 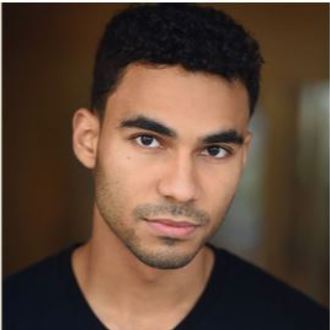 Austin Scott
Alexander Hamilton
Get Alerts Alerts On Alerts Off 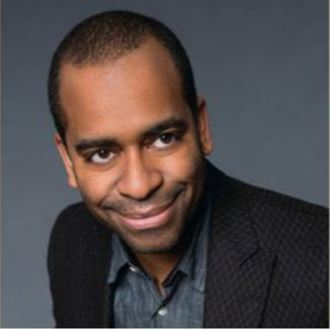 Daniel Breaker
Aaron Burr
Get Alerts Alerts On Alerts Off 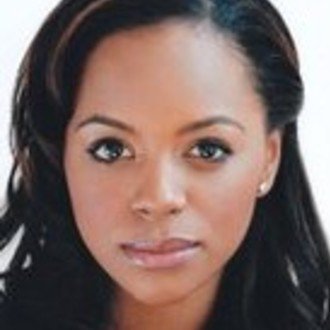 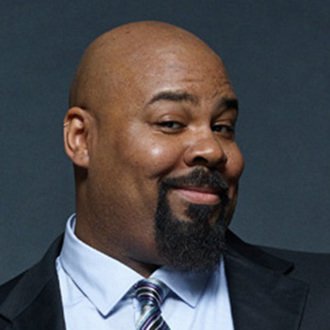 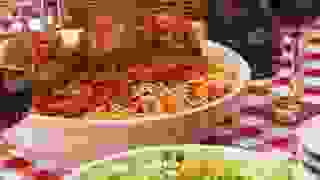 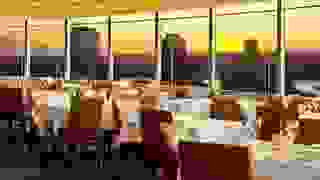 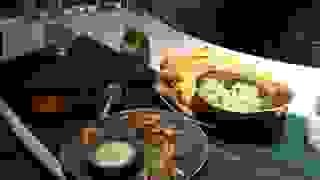 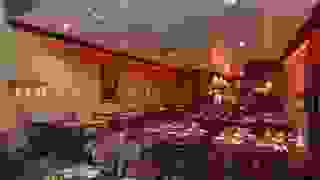