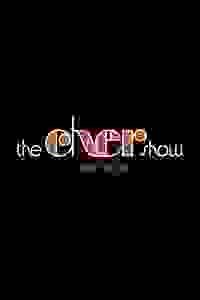 See it if You can’t resist all things Cher.

Don't see it if You want a compelling book. You want more then a bullet point bio musical.

Also There’s a lot of talent on that stage in both performances and design craft, but the book falls flat and all amazing costumes and belting can’t save it.... Read more Read less

See it if you enjoy jukebox musicals, you are a cher fan and want to hear her top 35 with great vocal performances (especially from Block)

Don't see it if you are expecting a well done bio musical. there is little conflict in plot so it's just cher gliding through life and songs. very fluffy

See it if you like Cher’s music or aren’t expecting anything brilliant, and you don’t mind sitting through a brainless skit

Don't see it if you want to see actual theatre, not a glorified costume parade/concert with “dialogue” in between

Also This is the saddest excuse for a biographical jukebox musical I have ever seen. Cher deserved better. They turned her life story into a snooze fest with a few fun numbers. The actors are mostly ok - Blaine Alden Krauss has a lovely feature in act 1 and Stephanie J Block was fabulous as always. Teal Wicks was incredibly pitchy and disappointing. The Top Of The Pops host had a terrible British accent. The dancing was fine but nothing spectacular. Apart from Cher’s various outfits, I have no idea why Bob Mackie won the Tony for costume design because the clothes were boring. The set looked cheap. The sound balance was awful. The book writing, if you can even call it that, was beyond sophomoric and a 2nd grader could have penned more believable dialogue. I nearly left at intermission. Also, the behaviour of the audience and the ushers was abysmal. If you want to waste some money & see a few people sing good songs well while wearing Bob Mackie clothes, go ahead. I wish I’d skipped this one... Read more Read less

See it if you like Cher and some of her songs

Also The talent in this cast is unbelievable. Three Cher's is a bit much... but which concept of the "three's" came first? Cher or Donna Summer?

I was not a huge Cher fan, but certainly appreciate her staying-power and her evolving music style over the years.

But did I miss something? Was Cher's life really as boring as the book/story line of the show? And the Chastity Bono as a child WAS called Chastity ... only later to become transgender as Chaz. So, why the line references to the child only as Chaz? Bothersome ... these are facts and nothing to be embarrassed about. But to color it as the child always being "Chaz"? Hmmm.

See it if Madame Tussaud’s is closed. You are a die-hard indiscriminate Cher fan who loves her fashion & enjoy Vegas impersonation revues.

Don't see it if You are not the aforementioned person I just mentioned.

See it if you're such a diehard Cher fan, you even love her impersonators.

Don't see it if you prefer intelligence and good taste in theatre.

Also Three women try to imitate Cher's sound and mannerisms, with varying degrees of success, for 2.5 hours, wandering through a book comprised of ancient clichés and jokes so tired and old, they fall out of the actors' mouths like dustballs and die on the floor. The costumes are the star of this show.... Read more Read less

See it if you get the $30 lottery seats or your tickets are free.

Don't see it if you loathe mass produced dreck with cheap sets and costumes, canned dialog, a jukebox track, and a myriad of half-baked Cher impressions.

See it if You love the music of Cher and just want to see her music performed by excellent singers in a parade of costumes.

Don't see it if You want any kind of story or introspection in your musicals.

Don't see it if You know how to read

Don't see it if You like good writing and storytelling

See it if You think the music of Cher is brilliant.

Don't see it if You’re expecting anything other than a costume musical that worships Cher. A vanity project gone amuck. Boring, dumb, repetitive drek.

See it if you love jukebox musicals, gorgeous re-created costumes, and Cher's nostalgia above all else. You can feel Cher's hand on this show.

See it if the only reason you're going is to see Stephanie J. Block sing, which she does amazingly.

Don't see it if you're looking for an interesting story or any type of original Broadway concept.

Also The three women who play Cher are all very good in this show. Unfortunately, that's about the only positive about it. The structure of the show is confusing, with the three Chers being aware of each others presence. Much of what we learn about Cher's emotions during the show are told via one of the Chers talking to another one, which is a cheap way to tell and audience how a character feels without them actually having to act.... Read more Read less

Don't see it if You have to pay for the ticket. I was fortunate to have a complementary tickets. Everything about this show is just sad, excluding cast.

See it if If you love Stephanie J. Block and would follow her over a cliff. (Guilty Here)

Don't see it if You love Cher. Honestly how do you take a personality like Cher and her catologue of insanely fabulous songs and make a dull evening.

Also Okay 1st things first. Stephanie Block who is amazing was out for my performance and this review is based on her not being in the show. All reviews seem to indicate she is the one reason to see the show and I would agree.
First Cher is bigger than life exciting and a catologue of songs that are brilliant and fun and over the top. I mean we gays love over the top. How do you take that and make a dull evening. Its impossible right? Apparently not. Not one song is presented fully we are fed little snippets of numbers that cut off before we get the goods. Dee Roscioli who is the standby for Star Cher gives such a muted lackluster performance as Cher she comes off as a whiny self entitled baby. Honestly if Stephanie is out someone go grab Jack MacFarlane to play Cher or head down to any gay club. You most certainly will find a better Cher.
The basic of the story she was poor then rich. Then poor then rich. Then poor then she beleived in life after love. Then I just didn't care.

See it if You want to see great costumes

See it if you love cher beyond all measure.

Don't see it if you like strong female characters.

See it if u want a superficial, trivial, sycophantic celebrity bio in which no one acts (they only impersonate), but all sing & dance their butts off.

Don't see it if you don't know Cher & her music; you aren't interested in an expensive Bob Mackie costume parade (which is essentially what this show is).

But, to me, this is just Wikipedia: The Musical. There's no depth, no drama (Wah! Cher was teased as a child. Wah! Cher's network variety series was canceled. Wah! Her Svengali is working her too hard. Wah! The paparazzi won't leave Cher alone. Wah! Cher didn't get a movie offer for 2 years), just cheesy dialogue and no real point, except to remind everyone of how great Cher is, how horrible Sonny was (poor guy isn't around to defend himself), and how "fierce" Bob Mackie's costumes are.

As a Cher concert, this was fine (although not a single song is sung all the way through!). I like a good Cher song & Stephanie J Block certainly channels Cher as well as any drag performer out there. As a Broadway show, however, it's just not Strong Enough.

See it if you are an over-the-top Cher fan and care more about the songs than the story.

Don't see it if you want an engaging story with any drama.

Also Despite some AMAZING performances by Stephane J. Block, Jarrod Spector, and Emily Skinner, this show suffers the fate of most juke box musicals - too much focus on the music and not enough focus on the book. There are rarely moments where you care about anything happening on stage and while it's flashy and glitzy (lots of sequins and plenty of eye candy for everyone), it's slow and boring and in the end, you just don't care. With as much drama as there has been in Cher's life, this should have been a home run, but it never delivers.... Read more Read less

See it if Really bad. Cher's songs are best sung by Cher. One well danced number, but it's an Argentine Tango; you've see better on Dance With Stars

Don't see it if You can see Cher perform. Songs are all forced to fit into an attempt at a rambling story. 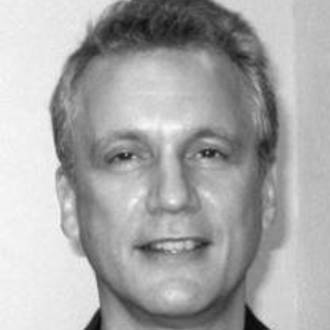 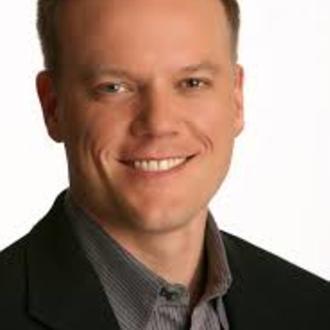 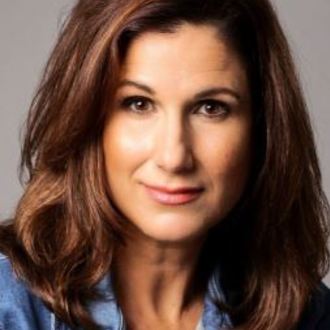 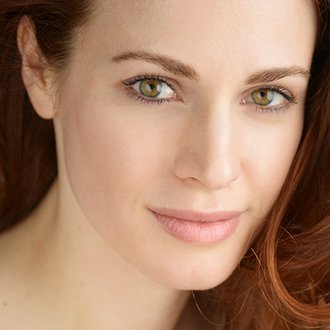 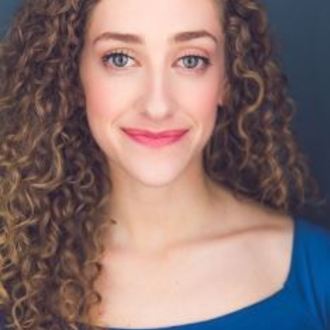 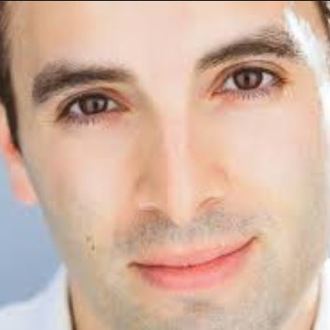 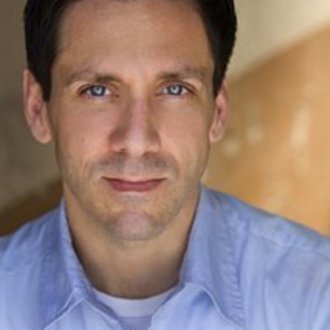 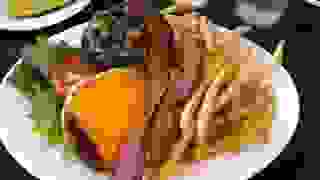 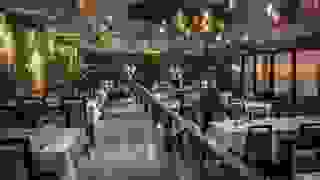 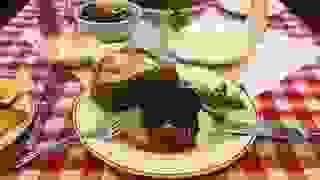 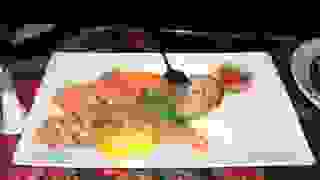