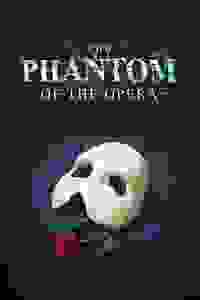 View in admin
The Phantom of the Opera (Broadway)
NYC: Midtown W
87
Buy tickets from $119 on TodayTix
Score it Scored!

The Phantom of the Opera (Broadway) NYC Reviews and Tickets 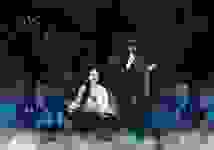 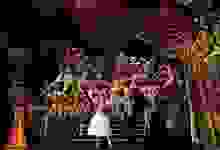 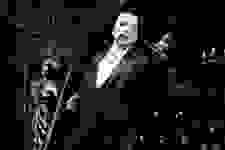 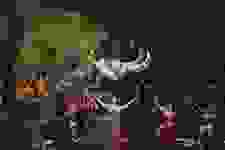 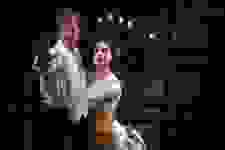 From the depths below the Paris Opera House, the Phantom will stop at nothing to promote his young muse, Christine Daaé, to stardom. When Christine falls in love with a prominent theatre manager, the Phantom wastes no time trying to win her back through song.

The show is based on the 1910 novel by Gaston Leroux. With iconic songs such as ‘Angel of Music’, ‘Music of the Night’, ‘The Phantom of the Opera’, and many more, this Andrew Lloyd Webber classic is the longest running musical in Broadway history. It opened in London in 1986 and on Broadway in 1988.

The musical was directed by the late Harold Prince, the director and producer who had a huge impact on American musical theater.

See it if this classic is for everyone

Don't see it if have already seen it at least twice

See it if A must see. If you've never seen this production. GO! Incredible sets, costumes, performances. They don't make them like this anymore.

Don't see it if It has a wide appeal. Any person who enjoys theatre should see it.

See it if If you like classical musical theater ie Evita, Kiss me Kate, Le Miz etc. you will love it. Great staging it is a world class show.

Don't see it if I think you need to have a sophistication of Opera or heavy musicals to really appreciate the show.

See it if You love a beautiful love story. Longest running show in Broadway history for a reason! Great for guests that don't speak English.

Don't see it if You're too much of a dude to be romantic.

See it if you want to be lost in a beautiful story supported with great music and great voices on a marvelous set - this is why it has lasted so long!

Don't see it if you want a musical with a lot of juke-box energy or do not like the story as much as the music. I would call this a serious, adult musical.

See it if It's a must see, simply because of its long history. That said, it feels dated.

Don't see it if You don't like a twinge of opera.

See it if you are an unapologetic romantic, overdone production values are your thing, you enjoy good choral pieces, unrequited love stories appeal

Don't see it if the taint of popularity has turned you against this show, you don't believe in romance and can't accept the unrequited love aspects of plot

See it if This a traditional musical with beautiful tunes and wonderful set. Not a sophisticated show but you will remember the music.

"I found my expectations upended, my jaded armor melting away...I found myself with a new appreciation for this beloved show’s gothic theatricality; the waltzing sweep of Harold Prince’s direction; the grandly soaring melodies of its most celebrated songs...It may or may not be a great musical, according to your tastes, or even a good one, but 'Phantom of the Opera' certainly remains a grand, lavishly decked-out galleon of a show, surging on into the 21st century showing few signs of decay."
Read more

“Andrew Lloyd Webber has taken the Gaston Leroux potboiler about the love-crazed disfigured genius who lives in the catacombs of the Paris Opera and fashioned it into a thrilling and musically rich mass legit entertainment. The 19th century period spectacle, scenic legerdemain, soaring melodies and exceptional singing are at the service of an involving and piquantly offbeat love story, all of it staged with brilliantly organized flair by Harold Prince, back in top form.”
Read more

“It is a thrilling show -- as sumptuous as any on Broadway. And it touches the heart in odd and unexpected ways…If you put aside all preconceived notions and let the spell happen, I don't see how you can be disappointed…’Phantom’ follows an insinuating tack -- luring the audience into a luxurious world of gaslight and dark shadows, caressing it with soaring melodies...Buoyed by the strains of Lloyd Webber's lush score, 'Phantom' shimmers with true romanticism."
Read more

“Harold Prince’s powerful operatic-style staging is terrific, remaining taut and shipshape, while the show still acquires just the right style, ornate but quaint, from the late Maria Bjornson’s wonderful production design. Add to this Andrew Lloyd Webber’s sweeping and lush pastiche of a score, and you’ve got a blockbuster…This is not simply one of the longest-running Broadway musicals – it is, more important, one of the all-time best Broadway musicals. It delivers."
Read more

"To say the score is Lloyd Webber’s best is not saying a great deal...What sets ‘Phantom’ apart is the extraordinarily imaginative work of Bjornson, whose sets and costumes are a breathtaking, witty, sensual tribute to 19th century theater...The characters are not fleshed out, the lyrics are forgettable and the melodramatic plot is not as evocative as it might be. Nevertheless, that master conjurer Hal Prince has woven these seemingly outmoded materials into a grand evening of theater."
Read more

"There are Broadway shows and Broadway shows—and then there is the incomparable 'Phantom of the Opera': Awesome in scale. Luscious with melody. And it’s kinda crazy, too...A recent visit reveals that the production remains in tip-top performance shape, populated by actors whose faces recall Victorian-era daguerreotypes and whose voices do justice to Lloyd Webber’s romantic tunes."
Read more

"I went to the Majestic last week to find out what it’s like all these years, and millions, later. It turns out: Kind of a blast...The sets are towering, the costumes lush, the orchestrations overwhelming (in a good way). By setting the show in the world of opera, there are perfectly good reasons for the over-the-top sets, overwrought performances...Hal Prince’s direction remains both overwrought and sensitive, with some truly lovely moments...As good as it is, it is stagnant."
Read more

"'The Phantom of Opera' not only looks as good as it did in 1988, but still holds the same thrills for audiences as the day it first bowed...'Phantom' will never be my favorite musical; stretches of it drag and the plot remains remarkably simple-minded. But should Prince and the producers continue to make such smart casting decisions, there’s more than a ghost of a chance that this legendary musical will stay on Broadway for another 26 years."
Read more