In its 17th year, this all-ages musical spectacle tells the untold true story of the Witches of Oz. More…

Wicked looks at what happened in the Land of Oz…but from a different angle. Long before Dorothy arrives, there is another young woman, born with emerald-green skin—smart, fiery, misunderstood, and possessing an extraordinary talent. When she meets a bubbly blonde who is exceptionally popular, their initial rivalry turns into the unlikeliest of friendships…until the world decides to call one “good,” and the other one “wicked.”
2h 30m | Open run | Gershwin Theatre (Midtown W)
Cast & Creatives | View Trailer | Nearby Food & Drinks | Official Site

Don't see it if This has been around for 16 years. It’s exactly what you think it’s going to be

Also Not sure anyone will care about my review of this show. Maybe I’m the last person in the world to see it. I’m just finally starting to dip my toes into musicals and I have determined that there are two kinds of musicals. There are musicals like wicked where you need to understand and pay attention to the lyrics of the songs because they further the story. These are the kind of musicals I don’t particularly care for because when I listen to music I hear the voice as an instrument and don’t pay attention to the actual lyrics. The other kind of musical Would be like Carole King’s beautiful. This is more like a play with music thrown in and I like that much better. Even I could appreciate all the theatrics involved with this huge production. There’s not much to criticize after 16 years they know what they’re doing... Read more Read less

See it if Hasn't everyone seen it at this point? It's fine, but it's not great.

Don't see it if You are tired of upside down kids shows.

See it if You like under-written books with an over-written score and $20m of scenery.

Don't see it if Ok-written spectacles aren't you're thing.

See it if you're satisfied with staging and great voices.

Don't see it if you're looking for a really good musical

Also I saw this show, first, in previews and thought it was awful. I saw it again quite a few years later with a friend who really wanted to see it and, while it was better than the preview, I was still very disappointed.... Read more Read less

See it if you're a fan of the original Oz books and curious about the origins of many of the principal characters.

Don't see it if you want more than unmemorable music, extreme amplification, and shrieking rather than singing. Even the "ballads" are cringe worthy.

See it if You want to see the show that everyone is supposed to see on Broadway or you're fanatic about spectacle.

Don't see it if You're looking for a show that isn't confusing, overrated and surprisingly bland.

See it if you are a preteen who needs some emotional bucking-up.

Don't see it if you are not a preteen.

Don't see it if Bombast wears on you, or if you're more interested in music that is interesting as opposed to showy.

See it if you don't have very high expectations

Don't see it if you aren't completely in love with storyline

See it if You are a NYC visitor/tourist and it's on your bucket list as a must see.

Don't see it if You value good theater, have better ways to spend your time and money

See it if you want to be disappointed. Went into it with big expectations, and it turns to be average in every aspect-songs, choreograpgy, voices...

Don't see it if you expect greatness-it is just ok, but definitely not worth all the stir around it. Dated choreography-painful. Disappointing overall.

See it if you're a 13-year-old girl. Wicked is likely popular because it resonates with a disaffected teenage mentality. Nice message. Silly show.

Don't see it if you don't like leaving the theatre with the taste of bubble gum in your mouth.

See it if You don't see a lot of theater, prefer lighter fare, and felt like an outcast in high school.

Don't see it if You value original stories, prefer something a bit more out of theater, and tend not to go with the hype

See it if you like Wizard of Oz and want to know the backstory.

Don't see it if you are annoyed by filler. Half the score is amazing, but the other half is really bland. I would recommend this if they cut 30 mins.

See it if U want to waste money on a boring generic musical with uninteresting book, score, & lyrics. U wonder why it ran for 14 yrs? I think tourists

Don't see it if U have SO many better & cheaper choices in current off Bway musicals. U have expectations about a good musical because this is Disappointing

The book is bland despite its fantasy genre & dated to Harry Potter trend. Act 1 was excruciating/ boring. Act 2 slightly faster paced. The music Score & lyrics are like room temperature water on a hot day--unpalatable & forgettable! The choreography remained the same half-hearted uncreative roaming around throughout with not one creative energetic step.

See it if you're a tween that loves silly and thinly plotted musicals with no heart; you want to take a nap in Act 2; your girlfriend forces you to go

Don't see it if you expect quality acting; some music is good, but most is boring and silly; grab your soda cup filled with ice and slurp louder, please!

See it if you're a cliche.

Don't see it if you're looking for "good" theatre.

See it if If you'd like to see a very large scale musical that has several tunes you'll recognize and LOTS going on all over the stage.

Don't see it if If you enjoy music but not going deaf.

See it if Saw original cast and about 3 years after. Good upkeep, but disappointing. Visually beautiful spectacle. Not much more to offer.

Don't see it if you have kids. this is NOT a children's show. Most adults don't get there is an underlying theme of fascism.

See it if you want to. At this point, you already know if you'll like it.

Don't see it if if you don't want to. You already know if you'll hate it.

See it if you are coming to New York City to see all of the classic hits; you absolutely love the story

Don't see it if you want to see something engrossing or thought-provoking; you don't enjoy over indulgent musical theater

See it if you don't believe it's overhyped.

Don't see it if you're an actual Wizard of Oz fan.

See it if you like teen dramas, the CW, boring bad '80's-ish style music, but with cool sets and costumes.

Don't see it if you like clever imaginative writing, with beautiful music.

See it if you are a 15 year old girl. Some good songs, but they are better to listen to on the CD.

Don't see it if you like subtle theatre. The story is awful. The Production is overblown, loud, and confusing. Loud and over mic-ed. Disappointing.

See it if It didn't move me the way I had expected. Good special effects but ultimately disappointing.

Don't see it if You re a Wizard of Oz purist

Get tickets to "Wicked" before it sells out

The only place to get tickets to sold out shows!

With Ticketmaster, you are buying tickets directly from the source, so you don't have to worry about the integrity of third-party ticket brokers or other resellers. The site is secure and the purchase section encrypted, so you can feel safe using your credit card.

Get Tickets
No thanks. Help me comparison shop. 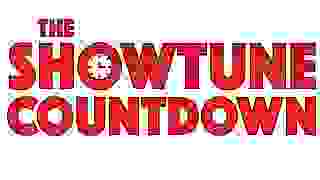 Listen to the The Showtune Countdown Episode - You'll Be My Queen, And I'll Be Your Moat on iHeartRadio | iHeartRadio

Stream the The Showtune Countdown episode, You'll Be My Queen, And I'll Be Your Moat, free & on demand on iHeartRadio. 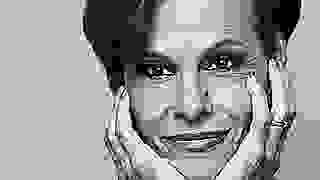 Alexandra Billings interview: 'I'm supposed to be dead, not making history in Wicked’

In January 2020, she will make history as the first openly trans actor to star in Wicked. 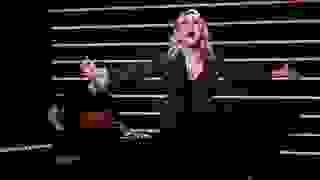 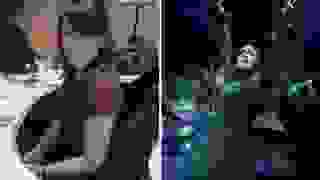 She Was Stuck in a Job That Gave Her Panic Attacks. Now She’s the Star of ‘Wicked’ on Broadway

Jessica Vosk was stuck in a Wall Street job that gave her panic attacks. Now she’s the star of ‘Wicked’ on Broadway. 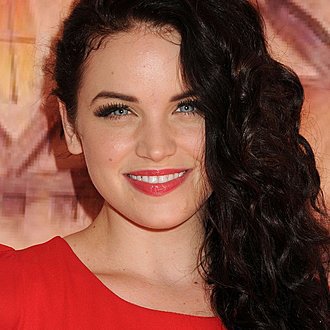 Lindsay Pearce
Elphaba
Get Alerts Alerts On Alerts Off 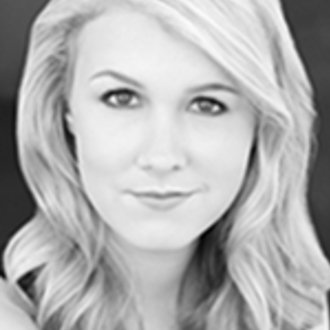 Ginna Claire Mason
Glinda
Get Alerts Alerts On Alerts Off 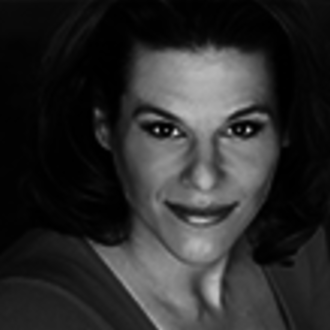 Alexandra Billings
Madame Morrible
Get Alerts Alerts On Alerts Off 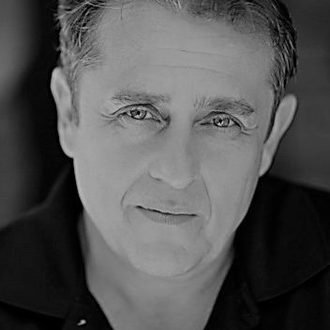 Michael McCormick
The Wizard
Get Alerts Alerts On Alerts Off 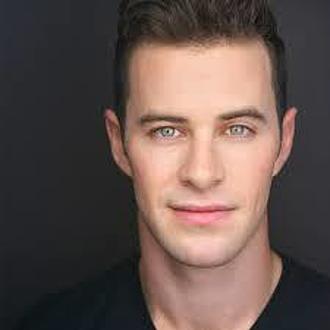 Sam Gravitte
Fiyero
Get Alerts Alerts On Alerts Off 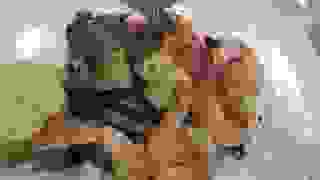 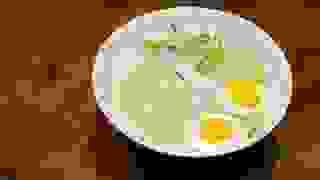 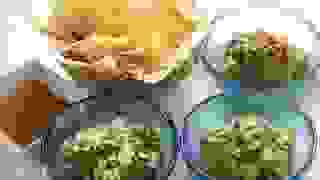 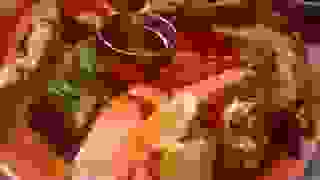 2 min walk. Open since 1948, this French bistro is as traditional as they come. Known for its quaint tin ceilinged dining room, reasonable prices, and its delicious classics such as coq au vin and boeuf bourguignon.