Carmel Doohan is a critic with FringeGuru. This account has been auto-generated, and does not indicate that this person is an active member of Show-Score.com. That said, if you "follow" this member, you will automatically be updated whenever s/he writes a new review. 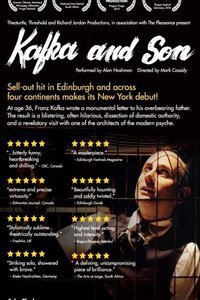 for a previous production "If this letter, written by Kafka to his father in 1919, were read out by a motionless man on a propless stage it would be powerful enough. Performed by Alon Nashman, it is simply breathtaking...The piece is staggeringly insightful. Ideas about gratitude, guilt, power and disobedience feel fresh and contemporary. Nashman articulates the knot inside Kafka with such intensity that it becomes a visual thing." Full Review