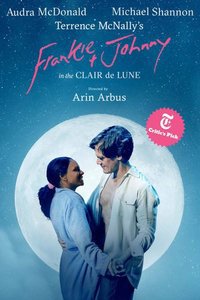 See it if If you're a fan of the actors...however Audra doesn't sing and Michael Shannon mostly plays his character like a scary stalker.

Don't see it if Audra doesn't sing and as much as I wanted to like it, there was no chemistry and I found Johnny to be a crude bully.

Also I was very disappointed since I really wanted to like the show, however the actors had no chemistry. I can't fault the actors but I do believe they were miscast, since I saw the show on Broadway before with Edie Falco and Staney Tucci who were believable as a waitress and a cook (and loved the movie w/Michelle Pfeiffer and Al Pacino). There were some nice moments and a few laughs but mostly it felt forced. Johnny was extremely needy and manipulative, generating the opposite effect in Frankie who seemed scared
and bullied..especially when she asked him to leave numerous times and he refused. It made me feel uncomfortable and I actually wanted her leave when she decided to go instead (as he wouldn't leave her apt!). No...means No! . Then trying to objectify her, he asks her to perform a sexual act. This is not romantic, it's a sad commentary on Broadway's take of a romantic comedy as opposed to the days of the clever writing (and no nudity) of the 1930's/40's.
... Read more Read less 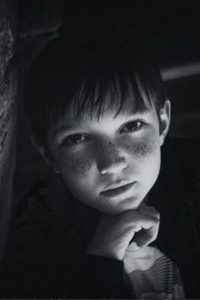 See it if I loved this show and you will love it too! You will laugh, you will cry, you will sing...this is the next "Hamilton"!!!

Don't see it if If you don't want to see an original exciting new musical..or two character play.

Also The music, the story, the acting, the directing is top notch...GO SEE IT!!..you only have 5 more chances before it goes to Bway!!!... Read more Read less