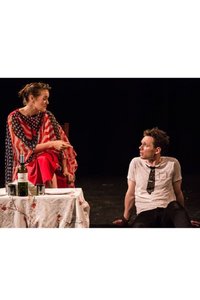 See it if Post-apocalyptic revolutions against the word-police seem likely.

Don't see it if Sparse dialog however clever doesn’t satisfy you.

Also Samuel Beckett would have written this play had he had the misfortune to live into the XXI millennium. Brilliant lighting by Lucky Pearto, superb sound by Andy Cohen, clever costumes by Janet Mervin, and a thrilling cast; Brad Fryman, Sean Hoagland and Maiken Wiese, individually stars and the finest ensemble Off-off Broadway.... Read more Read less 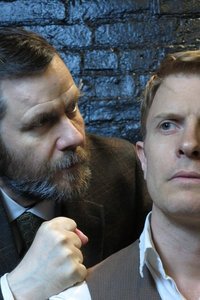 See it if you want to see the play Strindberg thought this was his best. It may still be, taking a hard look at open marriage.

Don't see it if you're not in for strong medicine.

Also A dark play that becomes progressively darker, only Strindberg could have called this a comedy. The brilliant David Kubicka's Adolph shows 1000 facets faced with Robert Homeyer's steely Gustav in the play's first scene. Kubicka the actor meets his match when Natalie Menna enters as Tekla in scene two. Menna's acting is a reveleation, seemless, unified and mercurial. Her Tekla toys with Adolph (her husband), sweetly and cruelly. Scene three is her battle of the wits with Gustav (her first husband) and Menna is well-matched with Homeyer. On the downside, the stage has deadspots and the air-conditioning, necessary during late August, all but deafening.... Read more Read less