James Shears is a critic with Everything Theatre (UK). This account has been auto-generated, and does not indicate that this person is an active member of Show-Score.com. That said, if you "follow" this member, you will automatically be updated whenever s/he writes a new review. 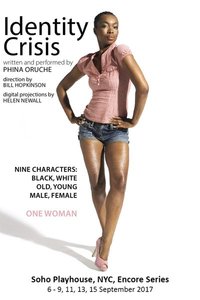 for a previous production "The theatrical equivalent of being shown holiday pictures by your great aunt for an interminable length of time...Oruche displays an impressive array of accents and her characters are well differentiated. However, they rarely interact with each other in a meaningful way. Characters often appear more as stereotypes than as thinking, breathing individuals with dreams and desires; even the character of herself...The show has no idea what it wants to be." Full Review