Jeffrey Borak is a critic with Berkshire Eagle. This account has been auto-generated, and does not indicate that this person is an active member of Show-Score.com. That said, if you "follow" this member, you will automatically be updated whenever s/he writes a new review. 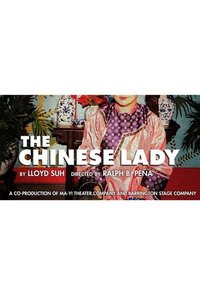 for a previous production "'The Chinese Lady' charges toward its if-you-haven't-gotten-it-by-now-here's-the-message conclusion that seeks hope in a culture that is unforgiving and cruel. The performances are acceptable; the style a subtle mix of Chinese theater and movement and Western style but the production grows tedious and loses novelty as it moves along its intermissionless 80 or so minutes." Full Review 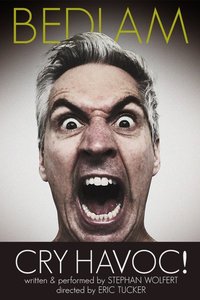 for a previous production "At once intensely personal while, at the same time, it reaches out not only to veterans in need but to a broader community that, Wolfert insists, needs to understand the plight of veterans and come to their aid...Wolfert meaningfully and seamlessly weaves various soliloquies from Shakespeare into his narrative, a technique that, in less skillful hands, would be little more than pretentious gimmickry. Wolfert is a galvanic, at times frenzied, performer with a captivating personality." Full Review 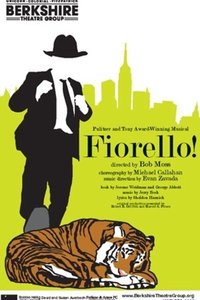 for a previous production "An earnest, if also spotty and hard-working production…This musical, however, is insubstantial, sketchy, at best, as it moves in fits and starts. Weidman and Abbott's book is pedestrian, superficial and unexpectedly short on wit. Bock and Harnick's score, on the other hand, is tuneful, rich, smart, arguably among the best this duo created… Lombardi delivers a charmless portrayal...Moss' staging is efficient." Full Review

for a previous production "McNally, Kander and Ebb have provided the blueprint. Director John Doyle, who is new to this 15-year-old project, has filled it in with masterly theatrical invention and style. I’ve not seen the longer original version but it feels to me that Doyle’s compression of the show into 90 intermissionless minutes is exacty right. It has the paradoxical effect of expanding the material by sharpening its focus and plunging deeper into the characters without wasteful flourish or excess." Full Review 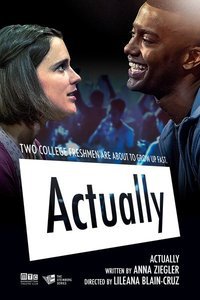 for a previous production "'Actually' is not a typical he-said-she-said play...The tone throughout is heartfelt and authentic; not given over to melodrama and theatrics but, rather, pain, confusion, anger, and, yes, humor, all of arises naturally as a function of who Amber and Tom are...Ziegler has written an honest, open play whose characters are fully formed; whose points of view, attitudes, and thoughts arise from within, from who they are as dimensional human beings, rather than mouthpieces in a polemical debate." Full Review 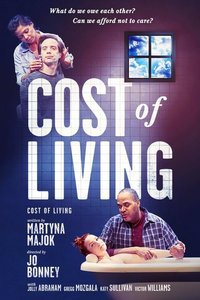 for a previous production “An emotionally gripping, flawlessly acted and directed world premiere…‘Cost of Living’ is about survival, about compassion, about assertion of self no matter what the obstacles. It is about the nature of love not only for someone else but for one's own self…Wit, humor, in particular, are handy tools which John and especially Ani apply with consummate skill. Without cloying sentiment, Majok posits faith in the human spirit; its ability to survive; assert itself and in that assertion, thrive.” Full Review 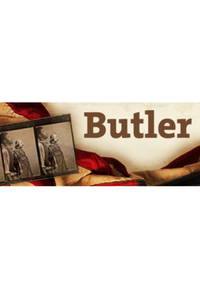 for a previous production "A muddled, overly ambitious Civil War comedy-drama…Thematic threads are taken up and then dropped just as readily…'Butler' is in dire need of trimming...There are potent themes here and the characters are rich with complexity and dimension. But these figures and these actors — especially Schramm who delivers a powerhouse performance — deserve more fulfilling and satisfying treatment than they get from this playwright." Full Review

for a previous production "A frothy, blessedly zany affair that is having the time of its life...Highly skilled, welcoming actors go for broke in a comedy whose knowingly improbable plot coasts on the currents of farce, near anarchy and sharp wit. This is old-fashioned laugh-making in the very best sense." Full Review