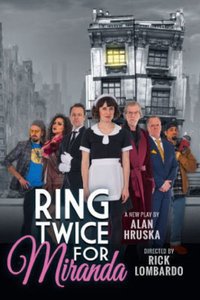 See it if You like theatre that invites you to think, and stimulates you to talk about it after; that tackles meaning

Also The script and actors made the message crystal clear--what can't be procured when the world goes dystopian (as a result of power & domination becoming exclusively pursued), is the music of being moved, the humanness of authentic experience. Everyone wants Miranda because she alone is fertile with a spark left of what makes humans alive--the willingness to be real, to go unarmored into her own self, and from there to 'be', and thus create. Only Sir recognizes what it is about Miranda that is now in short supply. Even Miranda has to catch up with what he has already discovered. If the playwright is willing to let go of about 20 minutes of his word-play, he will distill his message to perfection, and this play could outlast this run. In addition, the song would be enhanced if its words were re-written. Set and music--powerful. The acting was impeccable; each character carefully and uniquely crafted. Fantastic show.... Read more Read less 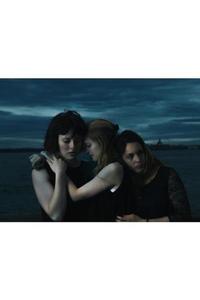 See it if You want to be witness to a couple of gem acting moments from up-and-comer's & you are interested in an original take on 9/11.

Don't see it if Grief is too much for you

Also The encore show is tighter and more focused. If you saw it in August, it's worth checking it out again.... Read more Read less