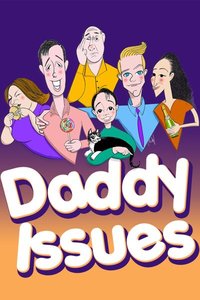 See it if I went to see the first cast again, because they were fun! When I sat down, I found out that this show was cast with all their understudies!

Don't see it if I enjoyed the other cast better, but this cast was nice, too. I enjoyed the last script much more - this version was changed for the worse.

Also Fix the script. It should be more like a one-act play, unless the writer makes big changes and makes the script better. The direction is all-over the place or completely wrong, maybe both.
The actors are good, and the actors in the original cast are good. But, it just seems like the material lacks much substance to work with. The show is dated and has repetitive jokes. I knew what would happen next, long before the script got to the next plot point. "Daddy Issues" has issues with the daddy who put it all together...the producers, director, and writer, all need to meet and decide how to fix the show or throw it away completely.
... Read more Read less