Keisha Hatchett is a critic with Entertainment Weekly. This account has been auto-generated, and does not indicate that this person is an active member of Show-Score.com. That said, if you "follow" this member, you will automatically be updated whenever s/he writes a new review. 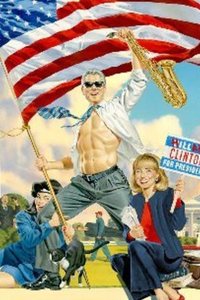 "This satirical, musical take on Bill Clinton’s presidency from 1993 to 2001 hits American politics right on its semi-bulbous nose. Backed by a stellar cast of singing reporters, dancing Senate cardboard cutouts and a special appearance by that unforgettable blue dress, 'Clinton the Musical' is a wildly fun reminder that politics are an absurd battle of wills." Full Review